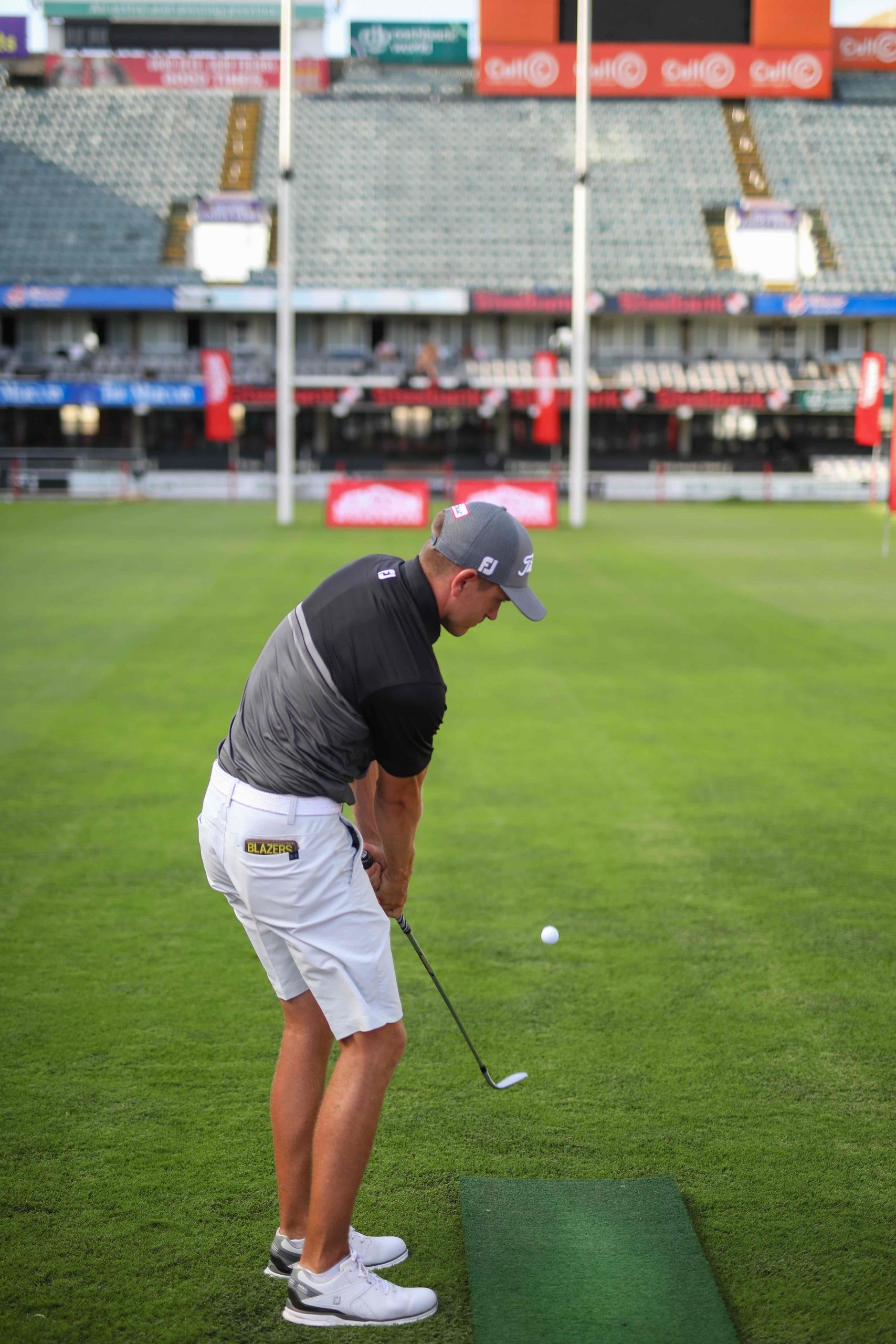 DURBAN – The similarities between golf and rugby don’t seem obvious, but on the eve of this week’s Jonsson Workwear Open, professionals from both sports showed they do have something in common.

It was a challenge the golfers won, with Mowat scoring a flawless 6 out of 6, and Chait and Rohwer sharing second place with scores of 4 out of 6.

“It was an unbelievable experience. I love my golf and I follow most of these Sunshine Tour professionals. It’s unbelievable what these guys can do with a golf ball. You know, we’ve got to kick a ball around on a rugby field, but the mental side in professional golf is a whole other ball game. I’ve got a lot of respect for that,” said Chait.=

And in his opinion, the approach of both placekickers in rugby and professional golfers is very similar, especially when it comes to the different styles, techniques and mental strategies.

“In rugby, placekickers all have a different kicking style. I think it’s just about finding what is right for you, drilling that in and making it the best for you. Some kickers are very straight on, while others like a Dan Carter come around the corner and almost kick like a soccer kick. You see some very funny run-ups while others are very simple. At the end of the day it’s about what works for you and being very consistent with your technique. I think golf and place kicking are very similar in that it is very mental and you’ve got to believe that you can put the ball where you want it to be.”

However, it appears a lot easier to move from rugby to golf than the other way around. In a friendly competition after the main challenge, Chait outscored the golfers with his chips, and then was kind enough to give them a few pointers on placekicking and drop-kicking.

The $250 000 Jonsson Workwear Open is a Sunshine Tour and Challenge Tour co-sanctioned tournament that will be played at both the Durban Country Club and Mount Edgecombe Country Club golf courses from Thursday to Sunday, with the final two rounds played solely at Durban Country Club. – Michael Vlismas