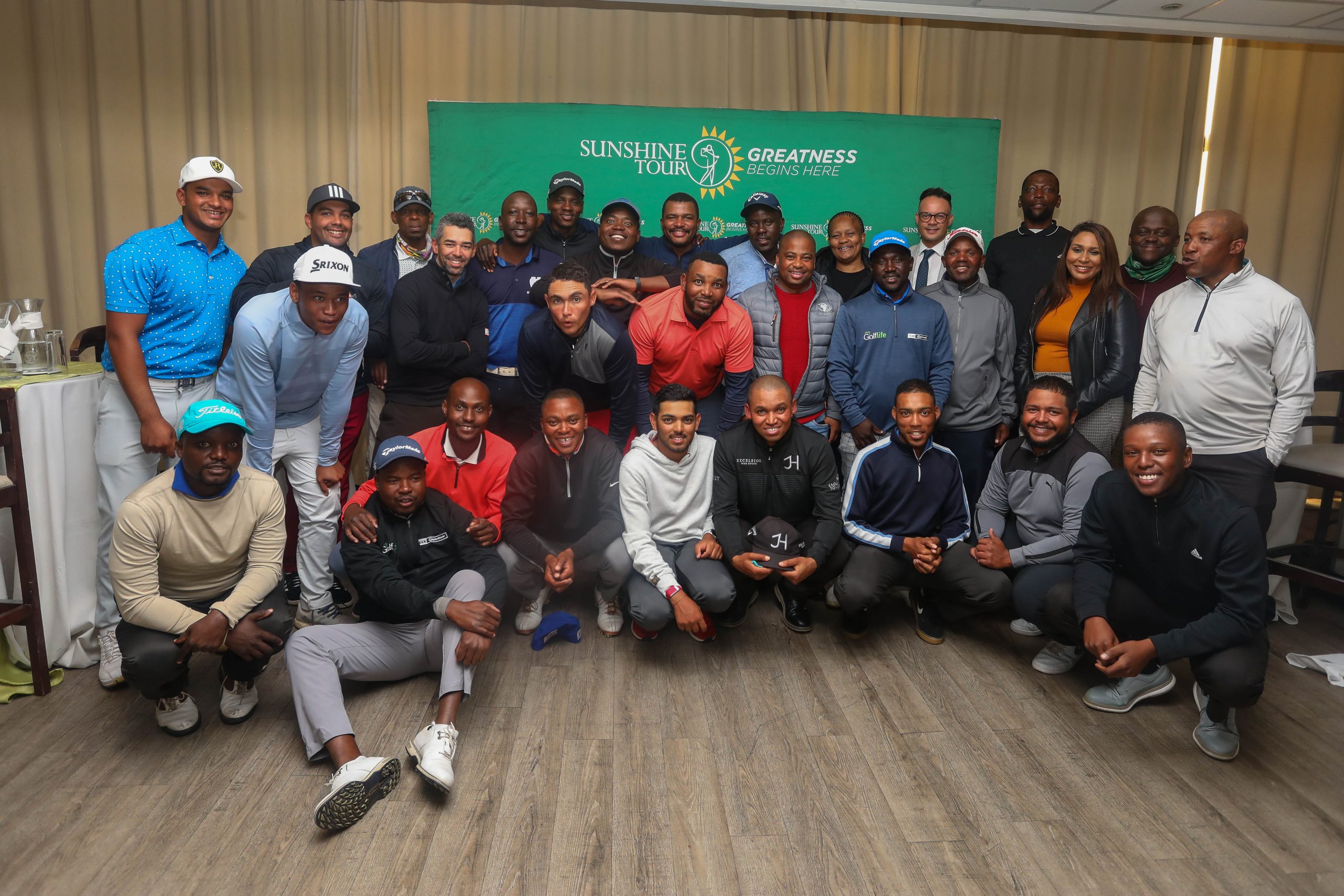 A total of 61 historically disadvantaged golfers – including experienced professionals such as Dylan Naidoo, Keenan Davidse and Heinrich Bruiners as well as the younger generation of Franklin Manchest and Karabo Mokoena – will be given every opportunity to take their professional careers to the next level as the first intake of the new Papwa Sewgolum Class for the 2022/23 season, and with major support from Investec, SuperSport, Betway, VAT It, DNI, Credit Guarantee, Cobra Puma and TaylorMade, and The Papwa Foundation.

Papwa Sewgolum was a great Indian golfer who played a pioneering role in the advancement of South African golf amongst the historically disadvantaged and who through his international success in the game remains a role model to many South African golfers.

“The establishment of the Papwa Sewgolum Class 2022/23 not only recognises Papwa’s role in highlighting the need for golf to be more inclusive, but it also contributes to building a lasting legacy in keeping with the notable success he achieved at home and abroad,” said Jehad Kasu, Executive Board Member and Spokesperson of The Papwa Foundation.

“We are encouraged by the Sunshine Tour’s commitment to meaningfully transform the sport in collaboration with the Papwa Foundation and look forward to crystallising a lasting partnership through which we enable an opportunity to all qualifying, aspirant historically disadvantaged golfers, to achieve greatness.”

The Papwa Sewgolum Class is one of the most comprehensive development initiatives within South African sport, and which seeks to build on the work done by the South African Golf Development Board (SAGDB) and GolfRSA to identify the raw amateur talent within the game, and to then provide a sustainable pathway into the professional arena for historically disadvantaged golfers.

Naidoo is a key example of what the Papwa Sewgolum Class aspires to achieve, with the rising star having come through the ranks of securing his playing privileges via the Vusi Ngubeni Tournament for historically disadvantaged professionals and winning on the Altron Big Easy Tour before progressing to his place on the Sunshine Tour where he finished third in the Rookie of the Year race in 2020 behind current PGA Tour and DP World Tour stars Garrick Higgo and Wilco Nienaber.

Naidoo has now also secured his playing privileges on the Korn Ferry Tour in the United States, which is the main feeder tour to the PGA Tour.

Davidse has also used his opportunities to move to the next level in his career, working his way up to his current Sunshine Tour status and finishing a career-high of 16th on the Luno Order of Merit for the past season. He has also progressed onto the Challenge Tour, the main feeder Tour to the DP World Tour.

The inaugural Papwa Sewgolum Class for this season will have greater opportunities to compete on the Sunshine Tour and Altron Big Easy Tour through the expanded schedules and increased prize money offered on both these tours, and with monthly financial assistance towards their tournament golf expenses, including their tournament entry fees.

The Altron Big Easy Tour alone, one of the main areas of competition for the Papwa Sewgolum Class, will this season feature 10 tournaments in a schedule running from May to September and which includes record prize money for the Tour. The prize money for each 36-hole tournament will be R150 000, which is an increase of R50 000 per tournament from the 2021 season.

The Papwa Sewgolum Class golfers will also receive access to quality coaching, golf courses, gyms and fitness instructors at the World of Golf. TaylorMade and Cobra Puma Golf will provide them with equipment and apparel, and they will have access to a sports psychologist and career counseling.

Further career paths within the golf industry have also been created through a partnership with the PGA of South Africa that allows for members of the Papwa Sewgolum Class to begin the qualification to become recognised PGA Professionals.

Photo: The Sunshine Tour announced its inaugural Papwa Sewgolum Class for the 2022/23 season at Randpark Golf Club on Tuesday, and which aims to help promote greater inclusivity in the professional game. Credit: Sunshine Tour.