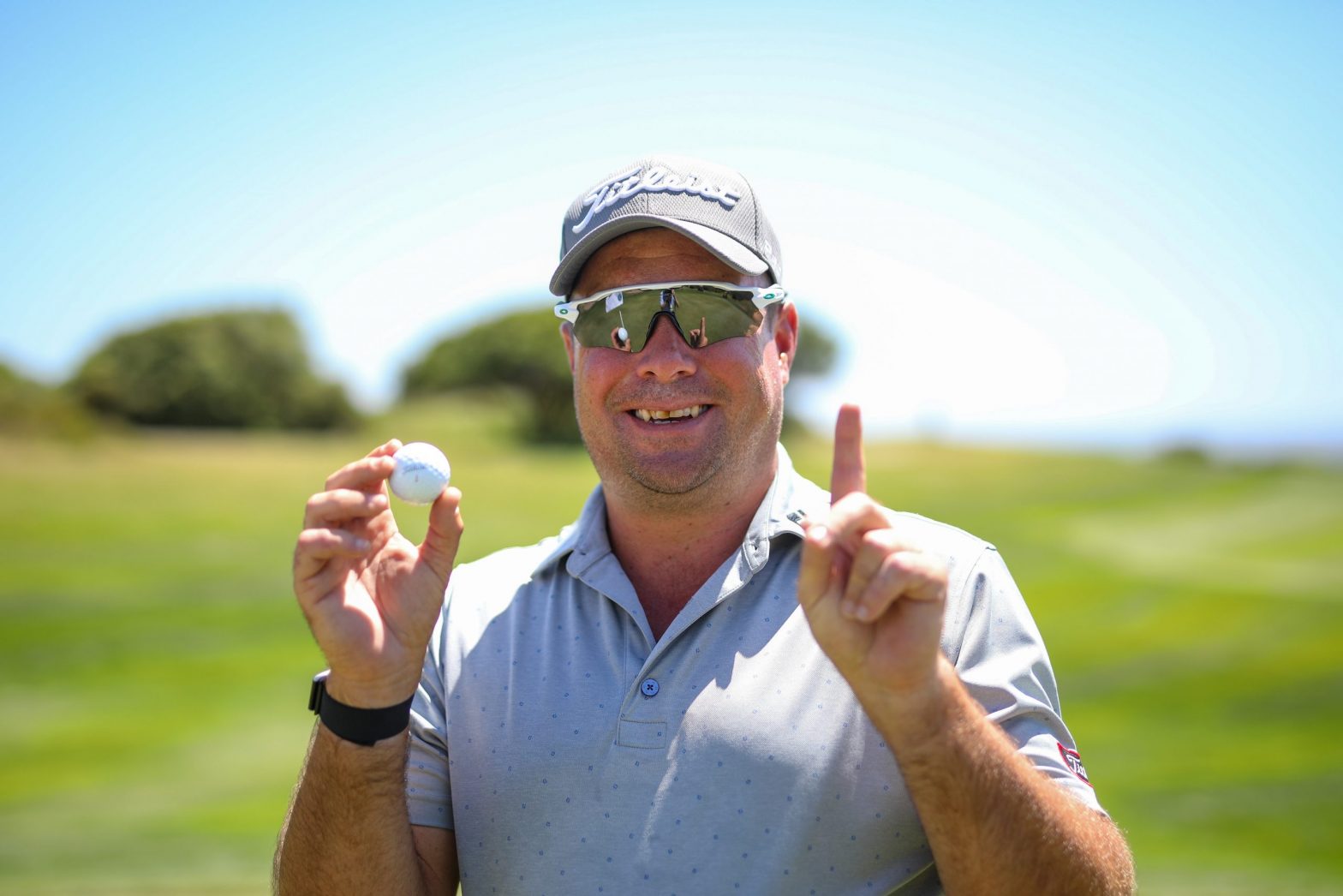 On a magnificent day at St Francis Links, Englandâ€™s Steve Surry produced an equally magnificent round of golf when he scored a hole-in-one on his way to the first-round lead of the South African PGA Championship.

Surry aced the par-three seventh hole in a bogey-free round of nine-under-par 63 to lead by two shots over his nearest challengers Jayden Schaper and Ruan Conradie.

â€œIt was certainly one of my better days on the course. Itâ€™s always nice to have a hole-in-one during a round, and even more so when it can actually mean something at the end of the day,â€ said Surry after the ninth hole-in-one of his career and his third in a tournament.

â€œI had about 191 yards into the wind and took a four iron off the tee. I was actually trying to play right of the flag and ended up pulling the shot a bit. I saw it bounce but didnâ€™t see it finish. I was playing with Keith Horne and he said he thought it went in, but we looked at the scorer on the side of the green and he was doing nothing. It turns out he didnâ€™t see it either, but when we got to the green, there my ball was in the hole.â€

It capped a day of magnificent ball striking by Surry, who took the most advantage of a rare windless day on a St Francis Links course that can be brutal when it blows.

â€œItâ€™s a bit of a treat to play this course without much wind. I think my iron play really stood out today and was the main strength of my game. But it was just really nice to be able to turn it all into a good score.â€

Surry came into this week with two missed cuts in his last two tournaments, but says an equipment change made the difference.

â€œI put some different shafts in my irons and Iâ€™m a bit more familiar with them, so I think that helped.â€

The Englishman is hunting his second victory on the Sunshine Tour and appreciates exactly what leading the South African PGA Championship means in the context of the history of South Africaâ€™s second oldest professional tournament.

â€œIâ€™ve been coming to play on the Sunshine Tour for about eight years now and I love it here. Itâ€™s like a second home for me now. After the SA Open, the SA PGA Championship is one of the biggest up there in terms of history. Itâ€™d be a great one to try and win.â€ – Michael Vlismas