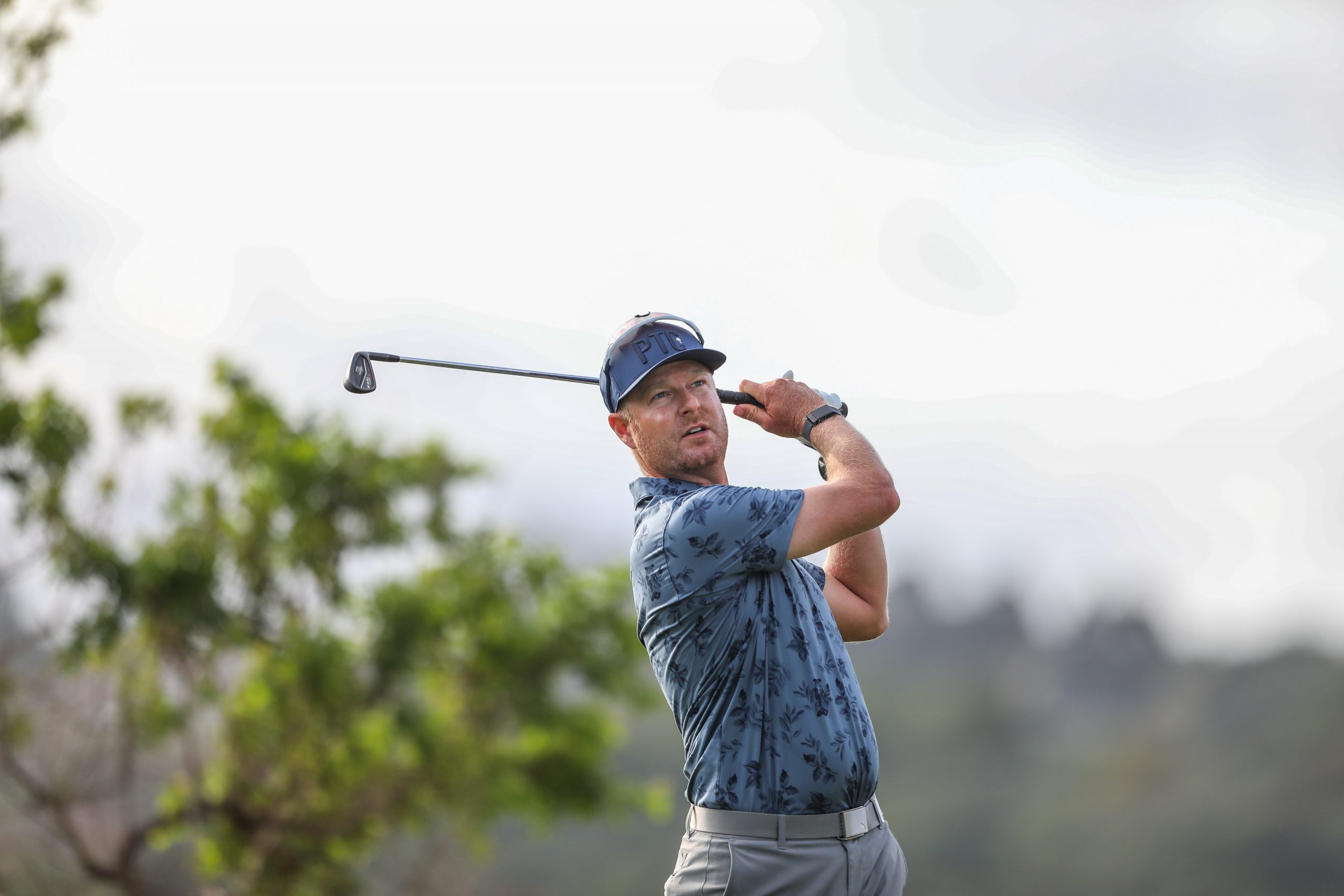 PORT EDWARD, KwaZulu-Natal – Jacques Blaauw was in inspired form on the opening day of the SunBet Challenge hosted by the Wild Coast Sun at the Wild Coast Country Club on Wednesday, his eight-under-par 62 putting him in a two-stroke lead.

Two eagles and eight birdies, meaning successive bogeys on the ninth and 10th holes barely mattered, saw Blaauw go to the 18th tee with the legendary 59 in his sights. But after a good drive, he misjudged the wind and his second shot was on-target but way short.

So Blaauw ended with a double-bogey six, but he was still two ahead of four golfers who shot excellent 64s – Jordan Duminy, Neil Schietekat, Keenan Davidse and Madalitso Muthiya.

“On the last hole, I knew walking up the fairway that a birdie would give me a 59. But I didn’t feel under any pressure and I hit a good second shot  but it was just way short,” Blaauw said.

“I played for nine metres past the hole but I was about 20 yards short, so we must have misjudged the wind. But it was good fun and I obviously played some unbelievable golf.

“It all started with me holing out for eagle on the second hole from 46 yards, and then a nice birdie at three meant I went on a roll, I just didn’t miss a shot.

“I played some unbelievable irons into the greens, birdieing three of the par-threes, and my tee-shot on the eighth was my shot of the day – the flag was on the left by the water and I hit an eight-iron 174 yards to three feet,” Blaauw said.

The 36-year-old, who has won four times on the Sunshine Tour, missed his last two cuts, so Wednesday’s phenomenal round marked a spectacular return to form.

“It’s very weird, I actually felt before my round that my luck was going to turn. I feel I’ve been playing good golf, but I just couldn’t get it all together in a round,” Blaauw said.

“With my coach Eugene Schwartz, we’ve been working on getting my body moving better. It’s also about getting sharp around the greens, you need those up-and-downs and I did not miss many today.”

Schietekat was in the same three-ball as Blaauw and was also on fire on Wednesday and was seven-under through 15 holes, but then he double-bogeyed the par-five 16th. He did well to bounce back from that shock, his first dropped shots of the day, and birdied the par-three 17th to ensure he joined the four-way tie for second.

And there are another nine golfers tied for sixth after shooting five-under-par 65s, including veteran Jaco van Zyl, who won two weeks ago up the coast at Selborne.