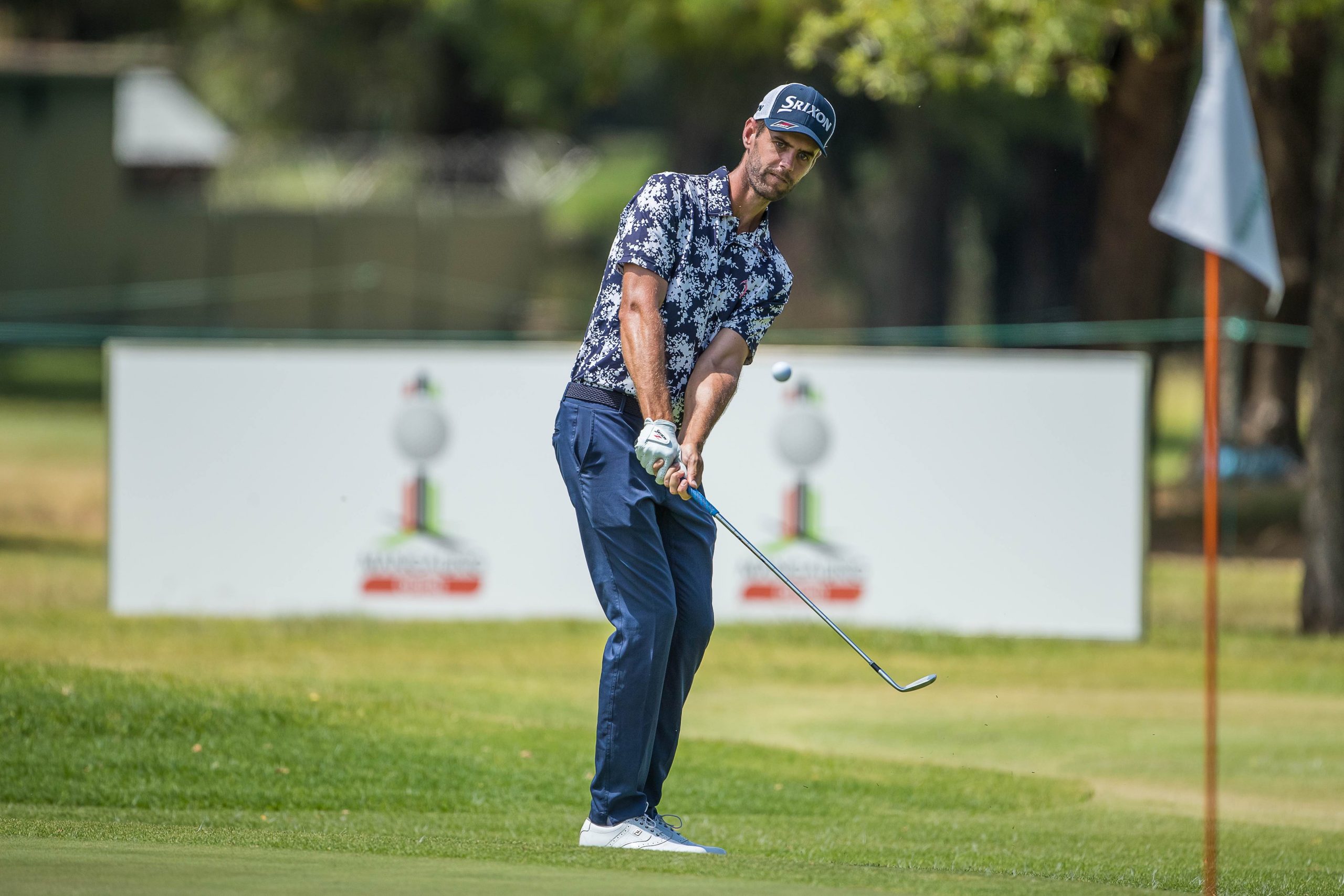 BLOEMFONTEIN – South Africa’s Luke Jerling is in a three-way tie for the first-round clubhouse lead of the Mangaung Open after recording his lowest ever round as a professional on a golf course he’s hardly ever played as a professional.

The left-hander opened with a nine-under-par 63 at Bloemfontein Golf Club on Thursday to secure himself a share of the clubhouse lead with the Spanish duo of Alejandro Del Rey and Scott Fernandez, who also both played Bloemfontein Golf Club. The round was suspended shortly after 1:20pm because of dangerous weather. Play resumed at 4pm before another suspension at 4:34pm. The first round will now be completed on Friday morning before the start of the second round.

Jerling and his co-leaders are currently two strokes clear of the rest of the field. The in-form JC Ritchie, seeking his third consecutive victory this week, and home favourite Wilco Nienaber both opened with rounds of five-under-par 67 at Schoeman Park Golf Club.

Jerling was pleased, if somewhat surprised, by his 63 on Thursday.

“It sort of came out of nowhere because I haven’t been playing too well,” he said. “A few loose shots have crept into my game over the last few weeks and I’ve been very hard on myself. I played a practice round at Schoeman Park and didn’t play well at all. Then I went to the range and after about 20 minutes I just packed it in and decided to kind of just stop worrying about it. I think I was getting in my own way a bit. So on Thursday I came in with a more relaxed mindset, and it’s nice to prove to myself that my game is definitely still there.”

After holing an eight-footer for par on the first which he said could’ve decided the round right there, Jerling had a strong stretch of three birdies and an eagle in five holes on the front nine, followed by a further four birdies on the back.

“I missed a short eagle putt on the third, but I think the birdie on the third and then fourth holes, and then the eagle on the fifth really set the tone for my round. My iron play was definitely good.”

Apart from a junior interprovincial tournament and the 2016 Sunshine Tour Qualifying School at Bloemfontein Golf Club, Jerling has no other previous experience of this course or neighbouring Schoeman Park.

“Although they’re right next door to each other they seem to have a different character about them. Bloemfontein Golf Club seems to allow you to hit driver a lot more, while Schoeman Park has a few more quirky holes where I’d probably hit irons off the tee about five or six times. The greens at Schoeman Park also seem a bit softer.”

The good start has given Jerling plenty of confidence to now build on this rather than have to play catch-up after day one.

“It’s nice to be up there again. I’ve finally put myself in a good position after round one.”

Belgium’s Kristof Ulenaers scored the first hole-in-one of this week’s tournament when he aced the 126-metre par-three eighth hole at Schoeman Park Golf Club with a wedge. It helped him to an opening score of two-under-par 70. – Michael Vlismas