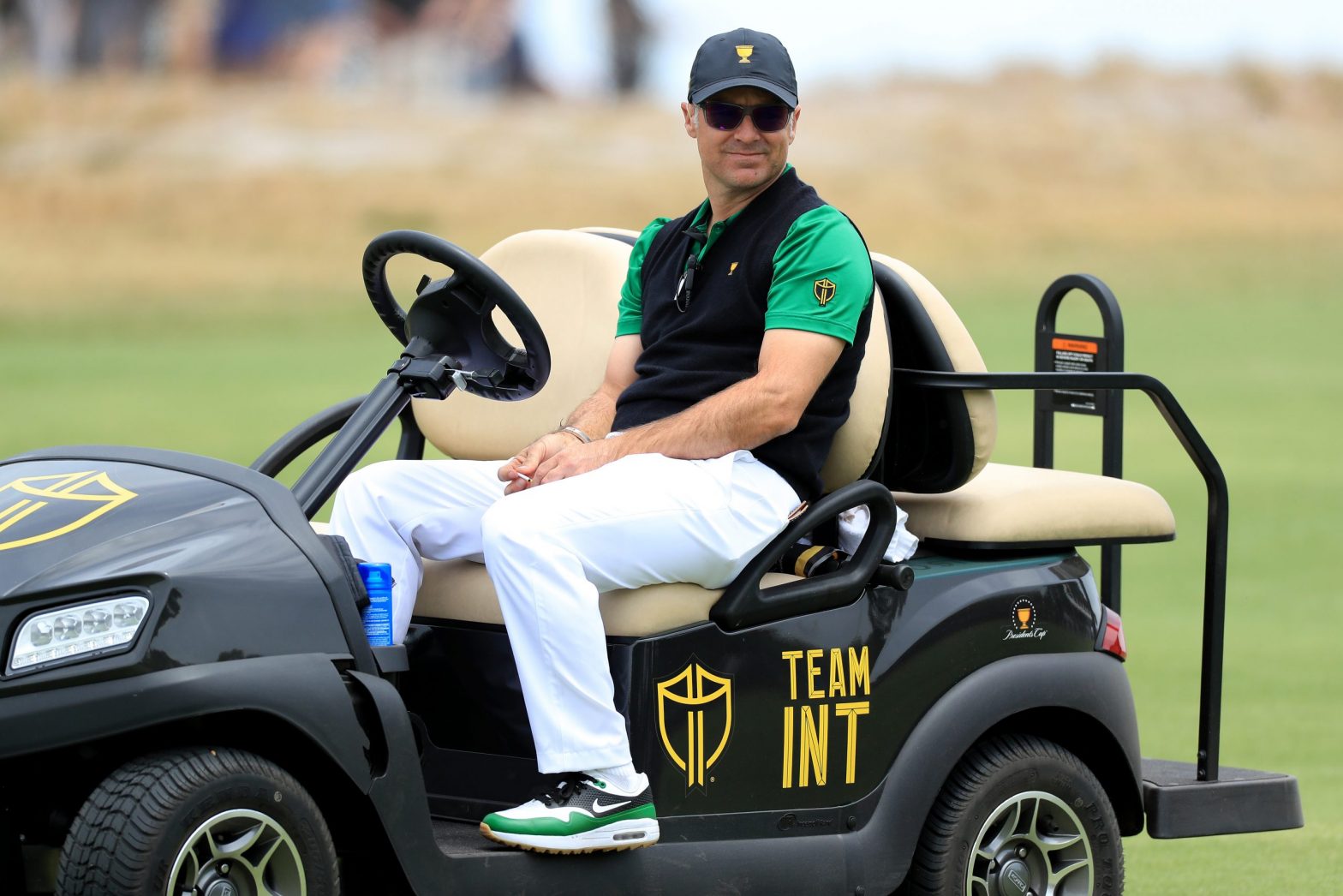 By Trevor Immelman (courtesy of www.presidentscup.com)

December 12th marked one year since the first day of competition of the Presidents Cup at Royal Melbourne and somehow it feels like a lifetime ago and just yesterday all at once. Looking back, we arrived in Australia with high hopes but low expectations. We were a very young team â€“ the youngest ever with seven rookies â€“ but were filled with excitement at the opportunity to compete against one of the strongest American teams ever assembled.

We had a lot of belief in our leader Ernie (Els) and drew confidence from his stature, his standing in the game, his record at Royal Melbourne and throughout his career. In a certain sense you could see how excited the youngsters on our team were just to have access to him and to be in his presence. When you consider the struggles the International Team has endured throughout the years, to get that close to re-entering the winners circle was a great feeling.

Ultimately, we came up short but our team as a unit took a giant step in the right direction. (Note: The U.S. Team won 16-14)

We wanted to keep that momentum going and immediately began meetings in January of 2020 regarding the future of our team and the blueprint we saw going forward. We made plans, put together puzzle pieces for what we thought would be the 2021 Presidents Cup. Then the pandemic hit, and we had to hit the pause button.

As Captain, there were two ways I could look at the postponement. I could look at it as a disadvantage, that we lost momentum weâ€™d felt we gained in Australia. We wished we could have played the following week in 2019 and instead it will be three years between Cups. But that is just one side of the coin. The side which I chose to focus on and what I think will be good for us considering we had seven rookies is that an extra year gives them a much greater opportunity to compete in the biggest events and gain more experience against the best players in the world. Theyâ€™re going to bag that extra experience and then come to Quail Hollow and draw from that. Thatâ€™s what I think is important and the lens through which I chose to view this challenge.

I look back to the Masters Tournament in November as a great example of experience gained. To see those players step up gave me a sense of pride. Cam Smith shooting four rounds in the 60s en route to a runner-up finish has never been done before. Between Sungjae Im, who finished tied second at Augusta National, and Joaquin Niemann you have two 22-year-olds that have become consistent forces on the PGA TOUR. Dylan Frittelli and C.T. Pan also recorded their first top 10 in a major championship and Abraham Ancer played in the final group on Sunday. I donâ€™t think those performances would have happened without the lessons they learned at Royal Melbourne. I was also delighted to see my countryman Christiaan Beizundenhout win back-to-back European Tour titles in South Africa these past few weeks. Already ranked inside the worldâ€™s top-40, this young man could be another strong contender to make the International Team. If you add those names to the nucleus of our team that I believe will still be there â€“ Matsuyama, Scott, Oosthuizen, Leishman and Day â€“ you can start to assemble a squad that has a really good feel about it.

Nine months has passed since we first hit the pause button. We have regained our momentum since the PGA TOURâ€™s Return to Golf, and I am excited about the talent being built upon this season. Looking ahead to the coming months, I look forward to announce the criteria for players to qualify to represent the International Team at Quail Hollow Club in 2022. Itâ€™s time to plug back in.

Note: Trevor Immelman is captain of the International Team for the 2022 Presidents Cup and is a two-time winner on the PGA TOUR.