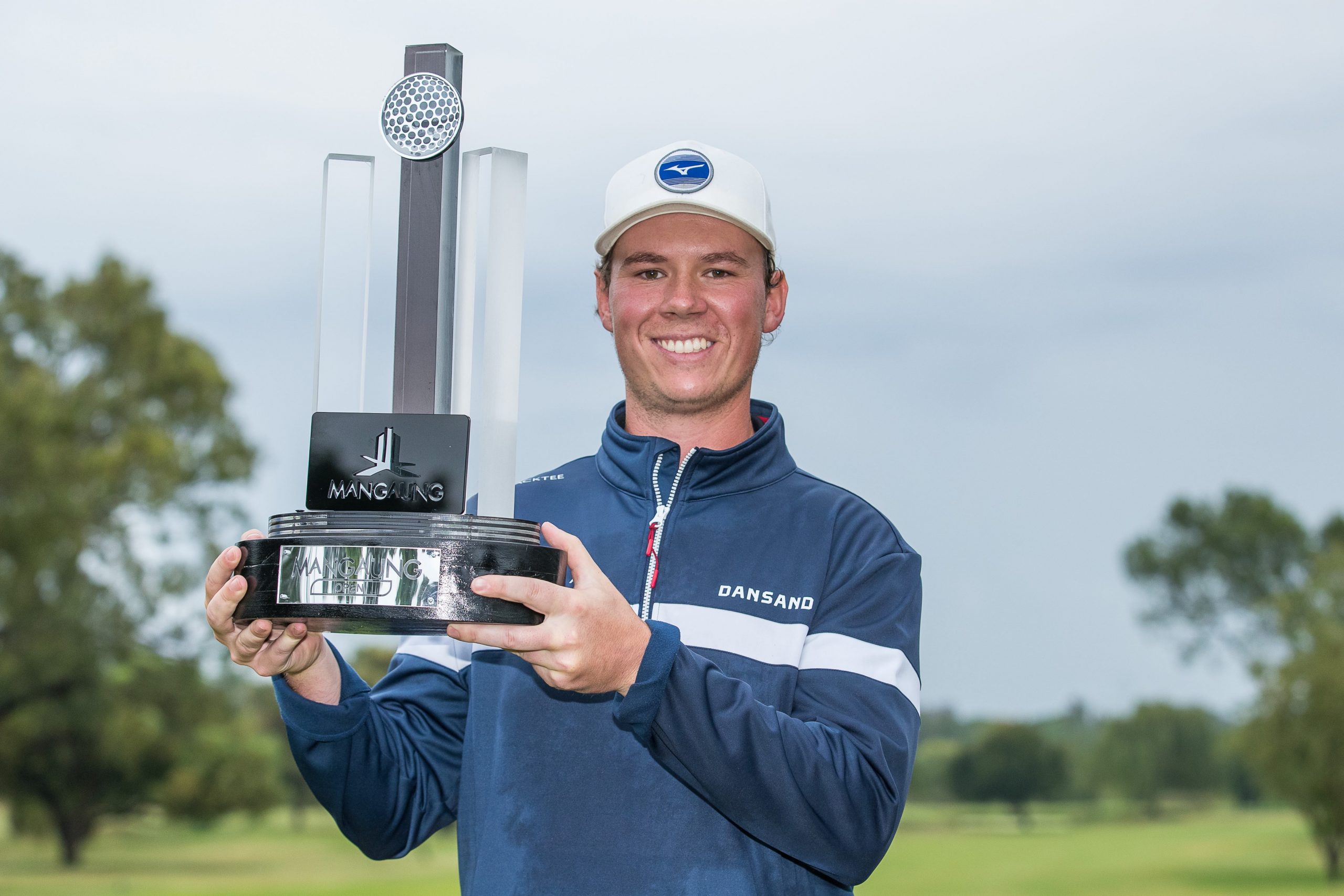 BLOEMFONTEIN – Denmark’s Oliver Hundeboll came like a bolt of lightning out of a dark Bloemfontein sky and struck with a final round of 66 to take victory in the inaugural Mangaung Open at the Bloemfontein Golf Club on Sunday.

With all eyes on the likes of Scotland’s Craig Ross and South Africans Luke Jerling, Tristen Strydom and Jbe Kruger as the most likely contenders for this title, Hundeboll came from five shots back on the final day and produced a strong back nine of 31 to take the victory on 21 under par.

His one-stroke victory earned him a maiden title on the Sunshine Tour and Challenge Tour, and made him yet another champion to come out of the famous Silkeborg Ry Golf Club in Denmark that is the home club of the country’s most famous golfer Thomas Bjørn, and also the regular golf club of the twins Nicolai and Rasmus Højgaard.

But it was a victory made all the more surprising by the fact that Hundeboll missed the cut in the previous two Challenge Tour events on South African fairways.

“I just wanted to try and put a good score out there today,” Hundeboll said of his mindset going into the final round and in a tournament where he and the rest of the field were challenged by weather delays and a wet final day.

“The weather was like Denmark actually – good weather in Denmark. So I am used to this kind of weather. After nine holes I wasn’t even thinking about the win but just focused on a strong finish.”

With the title looking to be decided between the trio of Jerling, Strydom and Ross, all of their challenges faltered over the closing holes.

Jerling bogeyed the par-five 18th, which cost him a maiden professional victory. Strydom bogeyed the short but tricky 16th, and a birdie at 17 and par at 18 was just not enough for him either as they both shared second place on 20 under par. And Ross came home with a bogey, double-bogey and birdie finish to drop to a share of fourth place.

Hundeboll birdied the 18th to cap off a great back-nine charge on his way to victory.

The Sunshine Tour now shifts its co-sanctioning status to the main DP World Tour over the next two weeks with the hosting of two new events, the MyGolfLife Open hosted by Pecanwood, followed by the Steyn City Championship at The Club at Steyn City. – Michael Vlismas