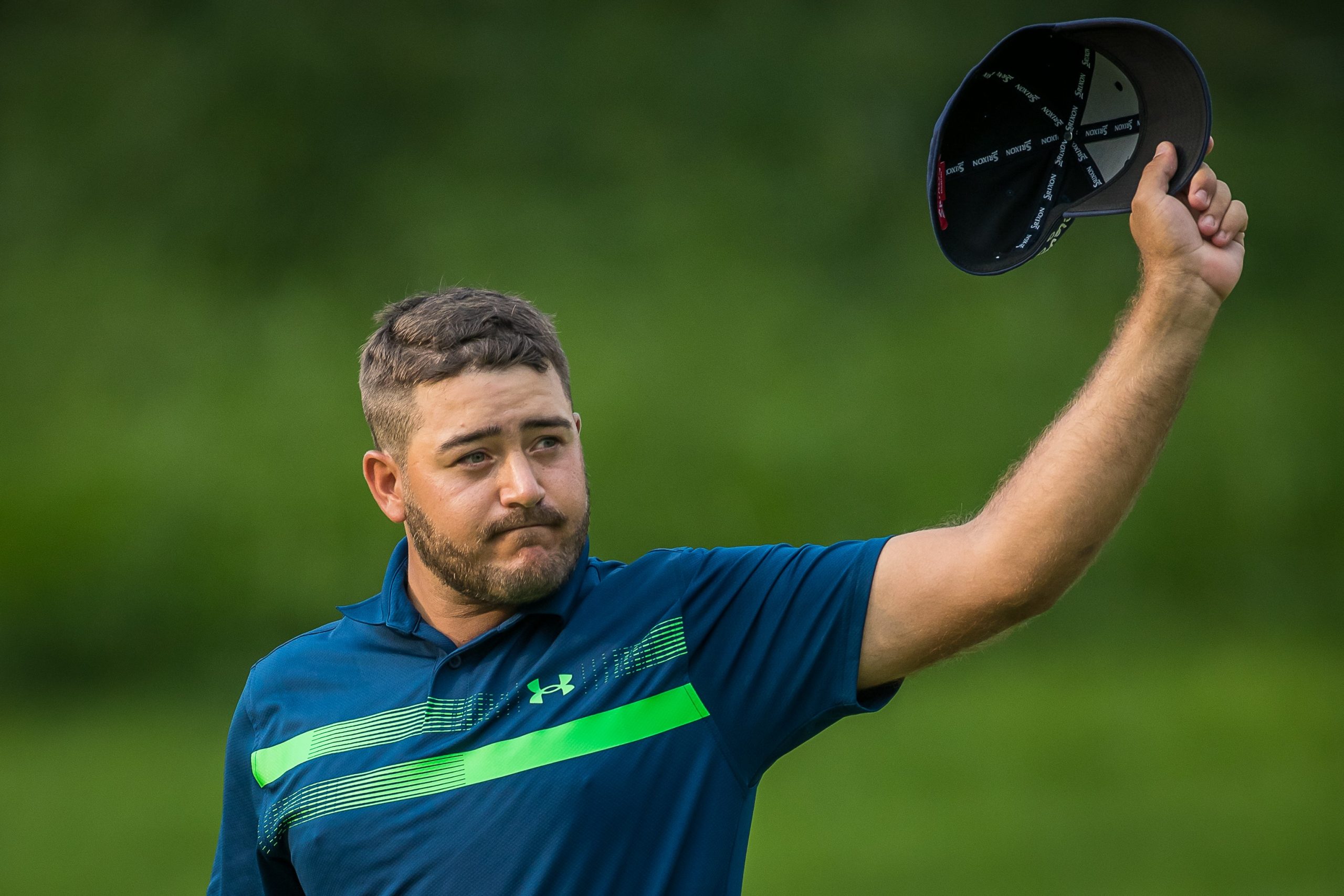 HARTBEESPOORT, North West – “If you build it, he will come,” is what Kevin Costner’s character is told in the movie Field of Dreams. So Hennie du Plessis Snr. built it. He built a nine-hole golf course on his farm. And young Hennie came. He turned up and started his golf journey there. Now, this Sunday, Hennie du Plessis junior has the chance to arrive at his own dream.

Du Plessis has a two-stroke lead on 19 under par going into the final round of the MyGolfLife Open hosted by Pecanwood on the Sunshine Tour and DP World Tour.

At 17 under is the quartet of fellow South African Richard Sterne and Spain’s Adri Arnaus – who posted the low round of the day with a 64 –, Pablo Larrazabal and Nacho Elvira.

With a huge gallery following him on Saturday, Du Plessis adjusted well to a course he knows intimately but which changed its character overnight as the greens went from wet and receptive to dry and fast. He signed for a 70 to top a leaderboard that was held in check by the changing nature of this golf course on Saturday.

“I expected somewhere close to 25 under would lead tonight, but by the turn I saw that nobody was making a charge. The greens were a lot firmer. I wasn’t expecting that at all. On the second hole I hit a perfect shot that pitched eight metres short of the flag and it finished four metres past, so I was very surprised about that. But by then I knew the greens were going to be firm all day. I just tried to keep as calm as possible and try to hit greens and give myself opportunities,” said Du Plessis.

The opportunity is now certainly there as a maiden DP World Tour victory is within sight for Du Plessis.

“I’ll just take it as it comes, stick to my process, trust my targets and lines, and enjoy it. It was awesome to have so many people out there following. I haven’t played in front of a nice home crowd like this before. I enjoyed every minute of it. When we got to 13 (where they have entertainment for the spectators) I almost started dancing on the tee box there. It was fun.”

By Sunday, it could be a dream come true for the young boy all those years ago who stepped onto the golf course his father built, and who now has the chance to step into a whole new world of opportunity as a professional. – Michael Vlismas