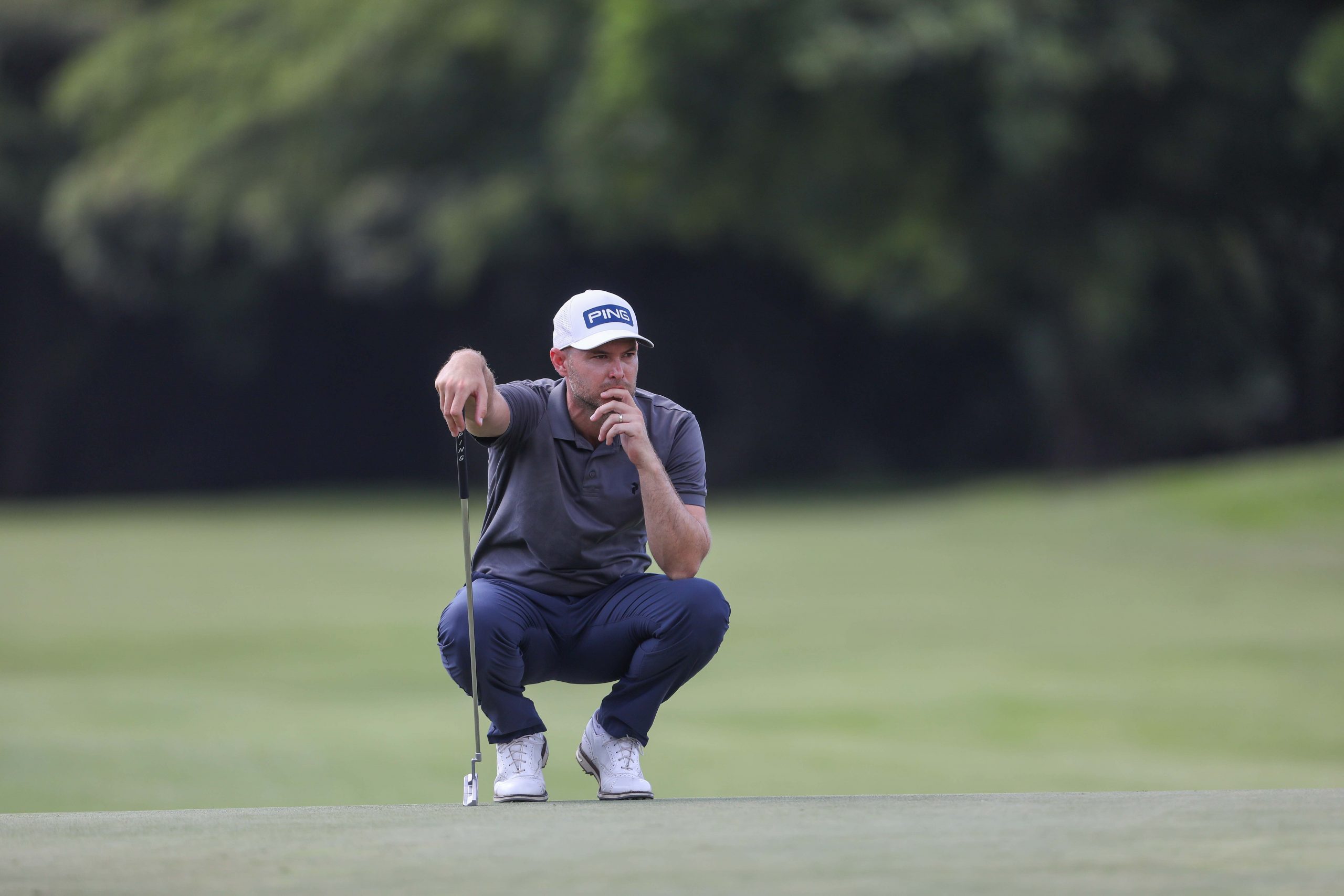 MOOKGOPHONG, Limpopo – Bryce Easton leads the South African challenge headed into the weekend of the Limpopo Championship at the Euphoria Golf & Lifestyle Estate.

Easton signed for a solid 67 in windy conditions at Euphoria on Friday to come through 36 holes of this Sunshine Tour and Challenge Tour co-sanctioned tournament on 11 under par.

He is chasing the 14 under par lead of Denmark’s Oliver Hundebøll, who is seeking his second victory in South Africa after winning the Mangaung Open in March and who shot a 63 at the Koro Creek Bushveld Golf Estate, which is the other golf course that hosted the first two rounds of this tournament. Germany’s Nick Bachem is one shot off the lead after a 63 at Koro Creek. The final two rounds will be played solely at Euphoria.

Easton made eight straight pars and then an eagle on the ninth in what he felt was a strong front nine in some tricky conditions on Friday.

“It was very windy and the front nine played quite tricky for me, so I was very happy to get a bunch of pars and then get through that front nine before converting a few chances on the back,” he said.

The back nine saw him birdie three of his first four holes. He bogeyed the 16th but then took it back with a birdie on 17.

And he’s looking forward to the challenge he knows Euphoria will bring on the weekend.

“This is a big golf course. It’s a beast of a course actually and feels like a long day out there. But it’s also in the best shape that I’ve seen it for many years. The rough is up and if there is even a slight breeze like there was on Friday then it plays really tough. You can’t afford to miss the fairways. It’s a good test.”

Easton is chasing his first victory since 2018 as he juggles his Challenge Tour duties with a few starts on the main DP World Tour as well.

“It’s a long and gruelling season on the Challenge Tour so these opportunities at home are great. I also have some opportunities coming on the main DP World Tour.”

Heinrich Bruiners has also kept himself in the hunt on 10 under par following his 68 at a Euphoria golf course where he won in 2013. – Michael Vlismas