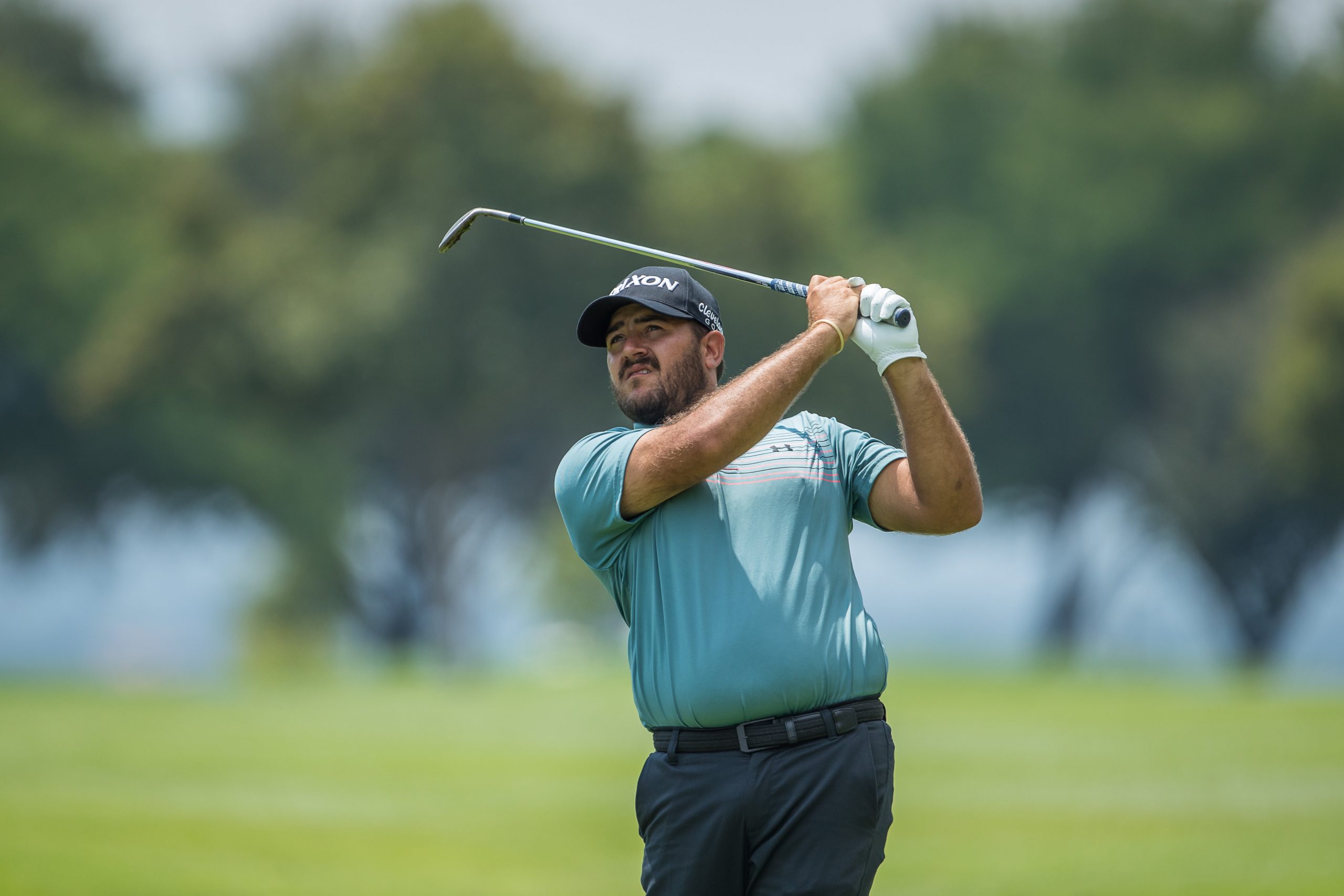 It was a low-scoring opening round of the MyGolfLife Open hosted by Pecanwood on Thursday as four rounds of 62 from Hennie du Plessis, Tristen Strydom, Ross Fisher and Nacho Elvira led the field.

A Pecanwood golf course primed to reward this Sunshine Tour and DP World Tour field has set the tone for a week in which Richard Sterne, who ended round one just two strokes off the lead, believes a 59 is a distinct possibility.

The leading quartet are only one stroke clear of Spain’s Pablo Larrazabal, while Sterne, the in-form JC Ritchie and Germany’s Nicolai von Dellinghausen are all on eight under par. Wilco Nienaber and Dean Burmester are also well placed at seven under par.

But the man perhaps feeling the most comfortable this week is Du Plessis. He has only a one-minute ride from his house at Pecanwood to the first tee, and is clearly determined to take advantage of that home-course knowledge.

“It was an incredible round today,” said Du Plessis. “Sometimes it’s hard when you’re on your home course to expect a good score, but this course is forgiving and I know the greens well. But you know, if you give yourself a lot of opportunities you can shoot low on any course. It just makes it that much more special that it’s on my home course.”

“It’s still a long week with three more rounds to play, but this has been an awesome start and I’m looking forward to the next three rounds.”

Strydom used to live here as well, and his memories of this course were equally rewarding.

“I’m very familiar with the golf course and I gave myself a ton of chances today. The thing with this golf course is there are going to be chances out there, so you just have to be patient and give yourself good opportunities.”

Spain’s Elvira went on a scoring run that included seven straight birdies on the back nine. “I’m quite pleased. I loved it. Days like these you don’t want the round to end. It’s going to be a birdie fest this week.”

And England’s Fisher enjoyed every bit of his 62 as well in a county he loves and where he claimed his fifth DP World Tour victory in the 2014 Tshwane Open. “It was a lot of fun. I chipped in for an eagle on my first hole. That’s a nice little eagle three to start the day.”