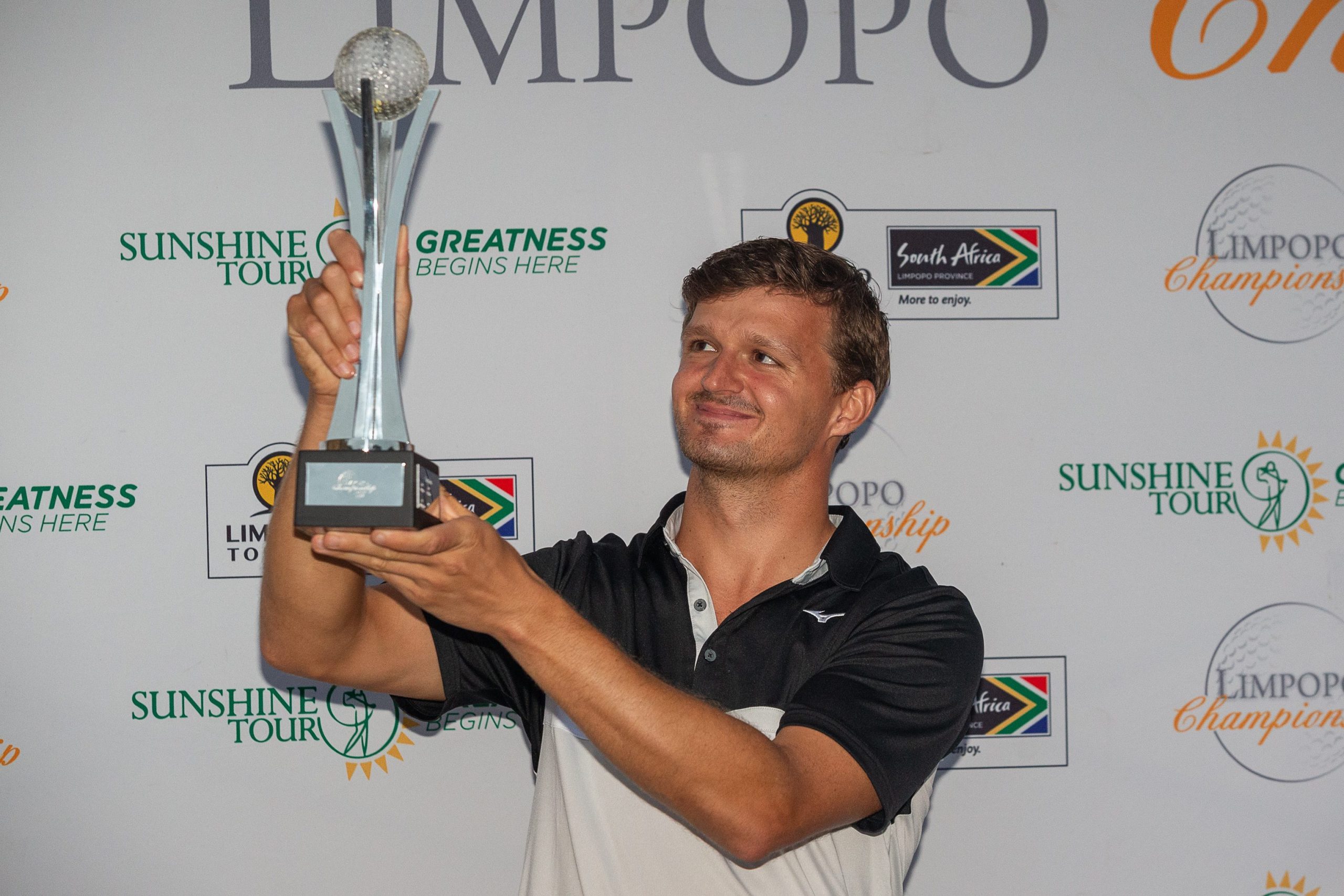 MOOKGOPHONG, Limpopo – Poland’s Mateusz Gradecki became the first international winner of the Limpopo Championship when he won by three strokes at the Euphoria Golf and Lifestyle Estate on Sunday.

Gradecki closed with a bogey-free 66 that was the lowest round on a difficult day of weather interruptions and rain in the bushveld, and finished on 19 under par overall to break the South African hold on this tournament since it first teed off in 2019.

Gradecki was three strokes clear of the field and standing over his winning five-foot putt on the final green when the hooter sounded for yet another suspension because of dangerous weather. It was the second weather suspension of a tricky day for the field. When play resumed, Gradecki rolled in his final putt for par and victory.

It was an incredible victory for a player who overcame a five-shot deficit at the start of the final round to win, and who had missed the cut in three of his last five tournaments in South Africa.

“I just wanted to keep doing the same things I’d been doing over the previous three rounds,” he said.

“I knew I was playing well and I just needed to keep calm and stay in the moment. I knew my game was good enough to do it. I’m really pleased with the way I played.”

South Africa’s Hennie du Plessis had another good finish as he secured second place on 16 under par with a final round of 70. Germany’s Nick Bachem finished third on 15 under par with a closing 69.

Gradecki’s putting made all the difference for him on the final day as he closed the gap between himself and the overnight leader Oliver Hundebøll from Denmark.

“My putting is the main thing I’ve improved on from the previous weeks. I really didn’t putt well enough in the previous tournaments. My game was good enough, but the putter didn’t behave until today. This win really means a lot to me. I’m over the moon.”

The Limpopo Championship brought to a close this South African Swing on both the Challenge Tour and DP World Tour.

South Africa’s JC Ritchie retained his position at the top of the Road to Mallorca rankings following his two victories on this stretch in the Bain’s Whisky Cape Town Open and the Jonsson Workwear Open.

The Sunshine Tour will close out its current season with the Stella Artois Players Championship at Dainfern Country Club from 21-24 April followed by The Tour Championship at Serengeti Golf and Wildlife Estate from 28 April to 1 May. – Michael Vlismas