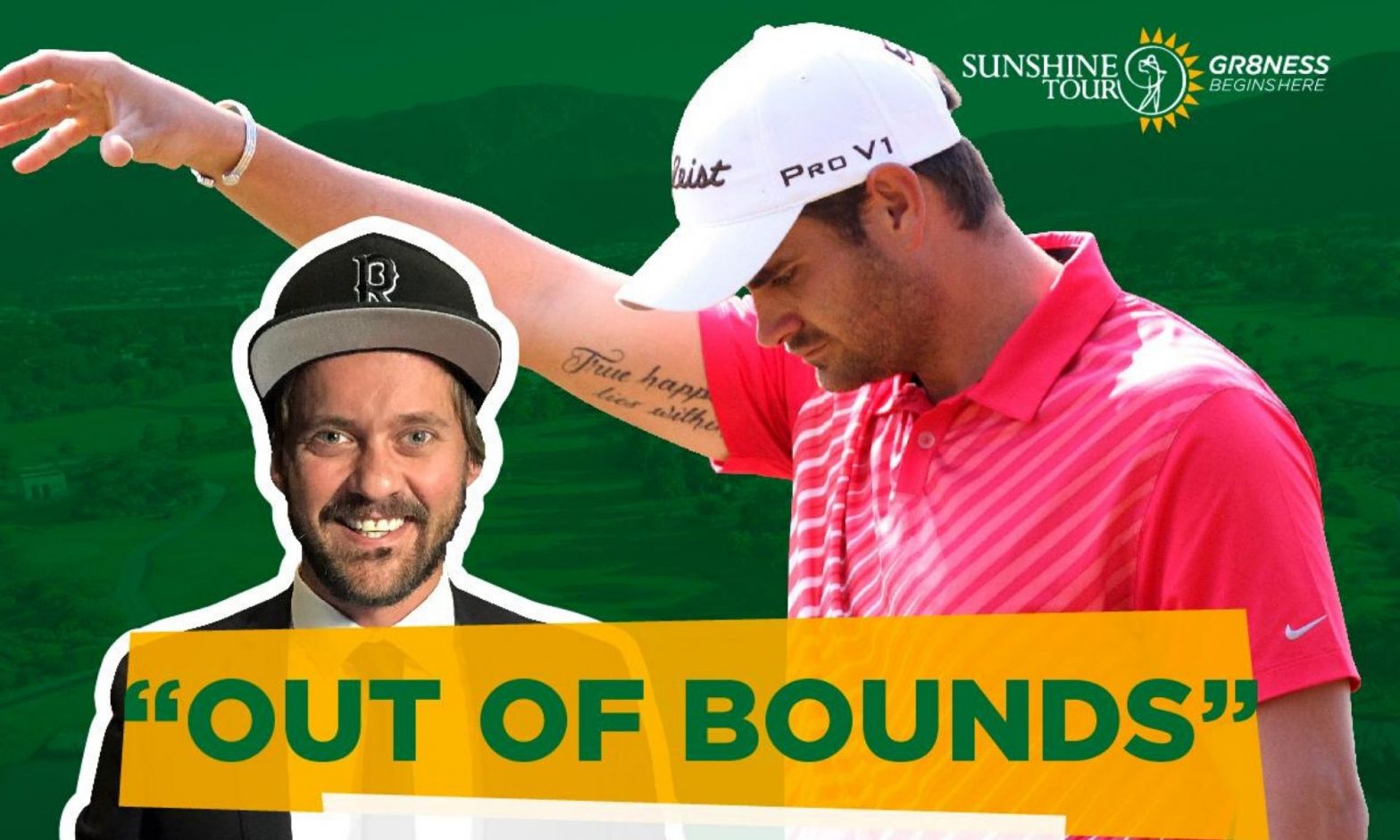 From George Coetzeeâ€™s TikTok revelation to Brandon Stoneâ€™s hair game, the new Sunshine Tour Instagram TV show, Out of Bounds with Robbie Kruse, brought it all and the next guest is guaranteed to brighten things up.

Jared Harvey is easily one of the most charismatic players on Tour. His now infamous â€˜Bok-Bokâ€™ voice note became legendary on social media platforms and the one-time Sunshine Tour winner is ready to lay everything in the open when he appears on the third episode of Out of Bounds with Robbie Kruse.

â€œI think I will feel right at home,â€ says Harvey ahead of his one-on-one with Kruse. â€œThe show is called Out of Bounds and, to be honest, I tend to go out of bounds a lot these days. Iâ€™ve been told that Robbie has done some background checks on me and that he knows a few things about me so I am excited to be part of the show.â€

While he is not awfully worried about the topics which may come up during the interview, Harvey does expect to be asked to shed some light on some of his past actions, including the â€˜Bok-Bokâ€™ saga.

â€œIâ€™m ready for all that,â€ he says with his usual confidence. â€œA lot has happened since that and I won’t mind even if that was brought up.â€

To put things into perspective and to allay any fear for future guests of being ambushed, host Robbie Kruse explains: â€œOur aim is never to embarrass anyone,â€ he says.

â€œWe are only trying to show that professional athletes are human too and have lives outside of their sport environment. The show is called Out of Bounds, you know, so somethings may be asked or maybe not, but we will not go out of our way to embarrass anyone. Harvey is an interesting character. He is funny. He backs himself and he has said and done some interesting things in the past. He will be a great guest tonight.â€

The 30-minute show goes live on the Sunshine Tour IGTV from 8 pm and the first guest was Coetzee who was followed by Stone the next week. The Sunshine Tourâ€™s Instagram handle is @sunshinetourgolf

Along with the recently-launched online gaming Virtual Sunshine Tour Challenge, Out of Bounds has been a success during the national lockdown and in the absence of live golf as a result of COVID-19. Using The Golf Club Game as its gaming platform, the Sunshine Tour Virtual Challenge has engaged both the fans and professionals with a new way of consuming tournament golf and which is also offering value for Tour sponsors during a time when there is no traditional golf.

Every week, a new challenge is issued whereby Sunshine Tour fans are encouraged on social media to vote for who they would like to see play each other in a nine-hole online match. The matches take place every Sunday afternoon and are streamed live on the Sunshine Tourâ€™s YouTube channel, and will soon also be on Facebook and Twitch. This past Sundayâ€™s match featured big hitters Wilco Nienaber and James du Preez. Nienaber won that match.