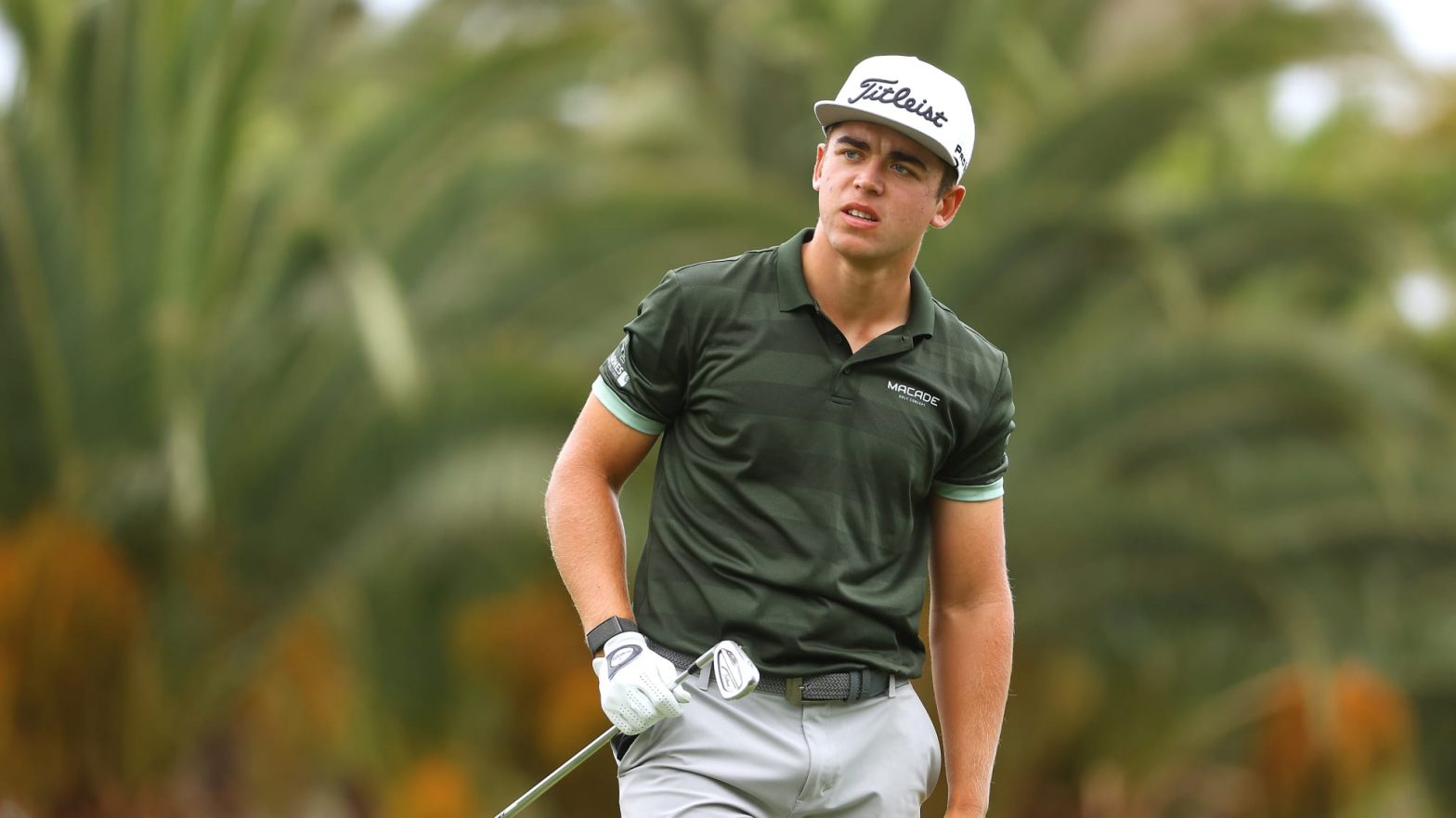 In what has already been a year of many firsts for Garrick Higgo, the Sunshine Tourâ€™s latest international star is now looking forward to yet another â€“ a debut at the Olympic Games.

It is a proud moment for the young star, who has celebrated playing in Majors for the first time, and winning his first PGA Tour event.

â€œIt will be awesome. Anytime I can represent South Africa is a massive honour. And it will be awesome playing with Christiaan. I know both him and his caddie very well,â€ Higgo said as he prepared to play in his first tournament as a PGA Tour member in this weekâ€™s Travelers Championship.

Before Tokyo, Higgo plans to soak up every bit of the experience of being a PGA Tour member.

â€œItâ€™s pretty cool. I watched all these events as a kid. I canâ€™t wait to play every event on the PGA Tour now. I donâ€™t need any convincing. Iâ€™ve noticed that the depth on the PGA Tour is unreal. Anyone can win.â€

But one of the strengths of Higgo’s game, and what has underpinned his rapid rise, is an ability to not become overwhelmed by the challenge he faces in any given week on Tour.

â€œI always go into a week wanting to play my game, and to just see what happens. I treat each event the same. I donâ€™t make it a bigger thing and just go about my business.â€

Higgo also paid tribute to the role of Gary Player in his life and career.

â€œI met Gary when I was about eight or nine. They have a holiday home in Plettenberg Bay where I grew up. I used to play and practice there, and when he was there over the December holidays Iâ€™d play nine holes with him. His mom died when he was nine, the age I was when my dad passed away. So we have that connection. Itâ€™s real and amazing. Before all the good things happened to me, we still had that connection, and wouldâ€™ve had it even if all these good things didnâ€™t happen.

â€œWeâ€™ve always stayed in touch. He calls me a lot and heâ€™s been a big part of why Iâ€™ve won a lot and the mental aspect of the game.â€

And as one of the front-line players of a younger generation of Sunshine Tour stars now making waves internationally, Higgo says heâ€™s looking forward to being joined on the PGA Tour by more South Africans.

â€œIâ€™d love to have all of them out here every week. I canâ€™t wait for that. Hopefully it happens soon. When you look at the guys on the Sunshine Tour, their games are definitely good enough. It would be awesome to have more of them out here.â€ – Michael Vlismas