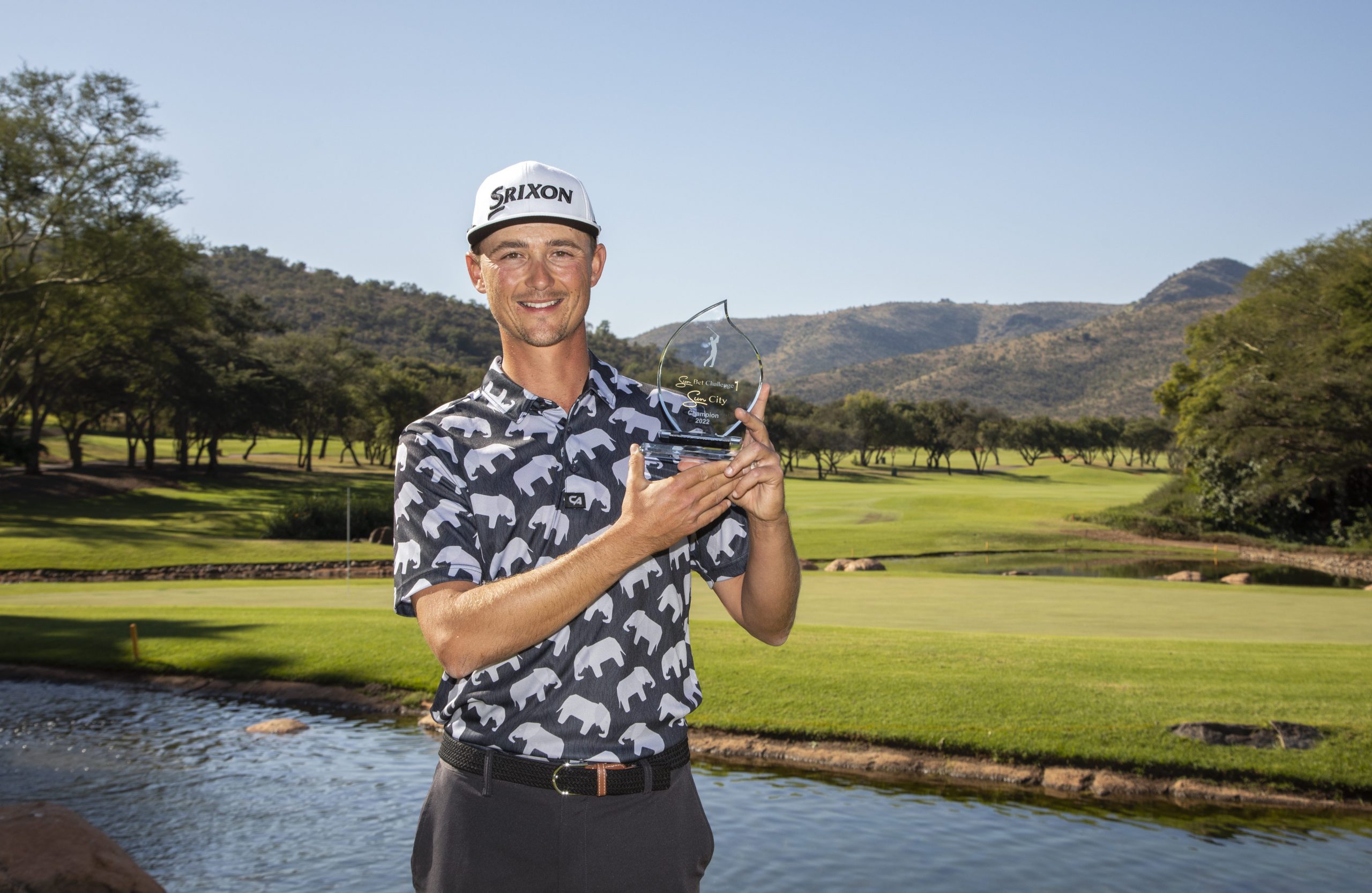 SUN CITY, North-West – Rourke van der Spuy kept the door firmly closed on multiple Sunshine Tour winners Hennie Otto and Louis de Jager as another inspired putting display saw him shoot 69 in the final round of the SunBet Challenge hosted by Sun City to claim a three-stroke victory in the first event of the SunBet Series.

De Jager, who has won five times on tour, and Otto, who has a whopping 13 Sunshine Tour titles plus three on the European Tour, were Van der Spuy’s company in the final three-ball, breathing down his neck just one stroke behind the 32-year-old.

But Van der Spuy was unfazed, leading from start-to-finish in the final round. He made an early statement with birdies on the second and third holes, and even back-to-back bogeys on six and seven did not derail him. Birdies on the 10th and 11th holes put him back in command, and he sealed the deal with a fine approach into the middle of the 17th green and a 25-foot birdie putt.

“It was just about spot-on in terms of our planning. My coach Shaun Coetzee and I said we would go for a score in the 60s, on a tough course like this that felt like it would be good enough,” a delighted Van der Spuy said.

“Something under-par was our target and I’m very proud to have broken 70. I had control of my game, even when Louis went on a good run on the back nine. That birdie on 17 was my most clutch putt of the day.

“I’ve been very good on the greens all week and my only slip-up was a three-putt on seven, but that was a very long putt.

“I’ve always thought, why not lead and be the frontrunner, even one shot counts at the end of the day,” Van der Spuy said.

It’s been four years between celebrations for the Durban Country Club golfer, whose previous Sunshine Tour wins were at the Mopani Redpath Zambia Open in 2018 and the Fish River Sun Challenge in 2015.

Making the occasion even more special was to be able to beat Otto, who finished in a tie for third, four shots back, after a level-par 72 on Friday.

“Playing with Hennie was a wonderful feeling because growing up, and when I started at the bottom of the Sunshine Tour, I looked up to him as a mentor. He is such an accomplished and successful golfer, and Louis as well. Today I realised some childhood dreams,” Van der Spuy said.

Ockie Strydom fired a 68, the low round of the day, to finish in a tie for fifth on three-under-par with JJ Senekal (71) and the in-form Louis Albertse (72).

De Jager finished in second place on his own, on five-under-par, after making 71 in the final round. But he did give Van der Spuy some cause for concern on the back nine as he collected three birdies.

But not even that could distract Van der Spuy from his goal.