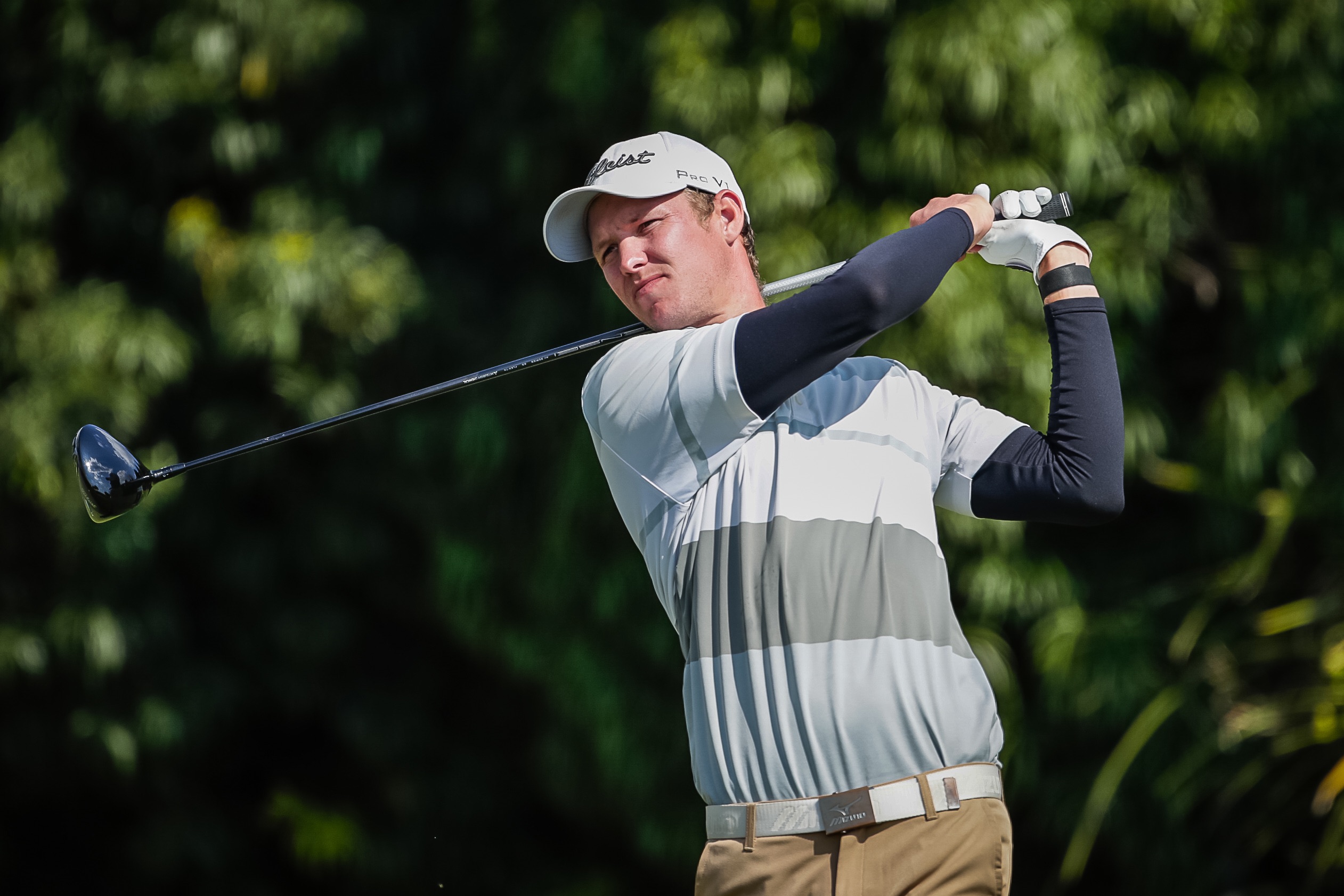 KEMPTON PARK, City of Ekurhuleni – Pieter Moolman was the only player in the field to not drop a single shot on a difficult opening day of the Tour Championship at Serengeti Estates as he took the lead with a six-under-par 66 in the Sunshine Tour’s season finale on Thursday.

Although Moolman admitted he didn’t have his best swing out there it didn’t show as he finished two strokes clear of the field, with his nearest challenger being Trevor Fisher Jnr. who made one of the few eagles on the day during his 68.

George Coetzee, Tristen Strydom and Luke Jerling finished the first round tied for third place on three under par.

It was a tricky opening day where a combination of wind and challenging greens kept most of the field in check.

“I kept it pretty solid. My swing isn’t really there but I got a bit lucky with my lies in the rough and chipped and putted well. I’m very pleased. It’s always fun going bogey free,” said Moolman, who took a lot of confidence from his runner-up finish behind Dean Burmester in last November’s South African PGA Championship.

“I’ve played well this season and a win this week would certainly be the cherry on top. That second in the SA PGA Championship did a lot for me. It gave me good confidence for the rest of the season. I had a seventh-place finish in the Limpopo Championship as well. I seem to be moving in the right direction, but there is always one day that’s a bit off for me. If I can get over that one day it will lead to much better results.”

Behind him is plenty of experience in Fisher Jnr. and Coetzee.

“I’m hitting the ball well and four under is always good around here,” said Fisher Jnr., whose eagle on the par-five eighth was one of only two eagles in the first round.

“That was nice. I holed my bunker shot which is always nice. Overall I played solid. The greens are tricky here and you need to be patient. The course is playing tougher than usual, but it’s a good test of golf.”

Justin Harding and Wilco Nienaber both finished the day with rounds of level par, while JC Ritchie signed for an uncharacteristic 78. – Michael Vlismas.