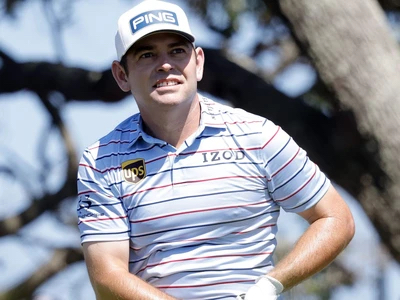 Louis Oosthuizen is tied for the lead going into the weekend of a PGA Championship where both Branden Grace and Christiaan Bezuidenhout are also challenging in the top five at Kiawah Island.

He posted a 68 on the Ocean Course on Friday to come through 36 holes tied with Phil Mickelson on five under par. They are one stroke clear of Brooks Koepka. But Oosthuizen has plenty of South African support two shots back, with Grace and Bezuidenhout signing for respective rounds of 71 and 70 to place them on three under par.

â€œItâ€™s great,â€ said Oosthuizen. â€œWeâ€™re 11 South African players here this week. We have a great programme with youngsters coming through, and itâ€™s great seeing them up there. I watched a bit this morning and seeing Branden and Christiaan at this stage being 1 and 2, theyâ€™re good friends and great players, and theyâ€™ll definitely be up there this weekend.â€

Oosthuizen is looking to win the second Major of his career after a number of near misses.

â€œLook, itâ€™ll be great to get a second Major. In two of them I was really close, I was in playoffs. I donâ€™t think itâ€™s a case of not being able to or thinking that I canâ€™t get the second. Itâ€™s just both times I was outplayed. Thereâ€™s a lot of golf left, and I just feel whenever I get to a Major, I sort of have my game where I want to have it, and mentally I feel very strong at a Major week.

â€œI mean, look, anyone playing last group or second to last group, youâ€™ll be a little nervous. But I know that, and I know how to deal with it or know what I have to do. I am definitely more comfortable playing in Majors now than before. Hitting it well and knowing your game is there, it makes it a little less stress, but you still need to hit the shots and play in the moment and play well.â€

Behind him, Grace is relishing being in contention.

And Bezuidenhout is equally confident going into the weekend of a Major that forms a big part of his plans to secure a PGA Tour card.

â€œIâ€™m obviously still playing in the top-50 category out here, and Iâ€™ve got five more tournaments left, which I feel like I can get my card out here and then come and play full-time. Itâ€™s always nice to be in the top 5 heading into the weekend.â€

Daniel van Tonder, Dean Burmester and Garrick Higgo are the other South Africans who made the cut for the weekend. Van Tonder starts Saturdayâ€™s third round on one over par, with Burmester at four over and Higgo right on the cut mark of five over par.