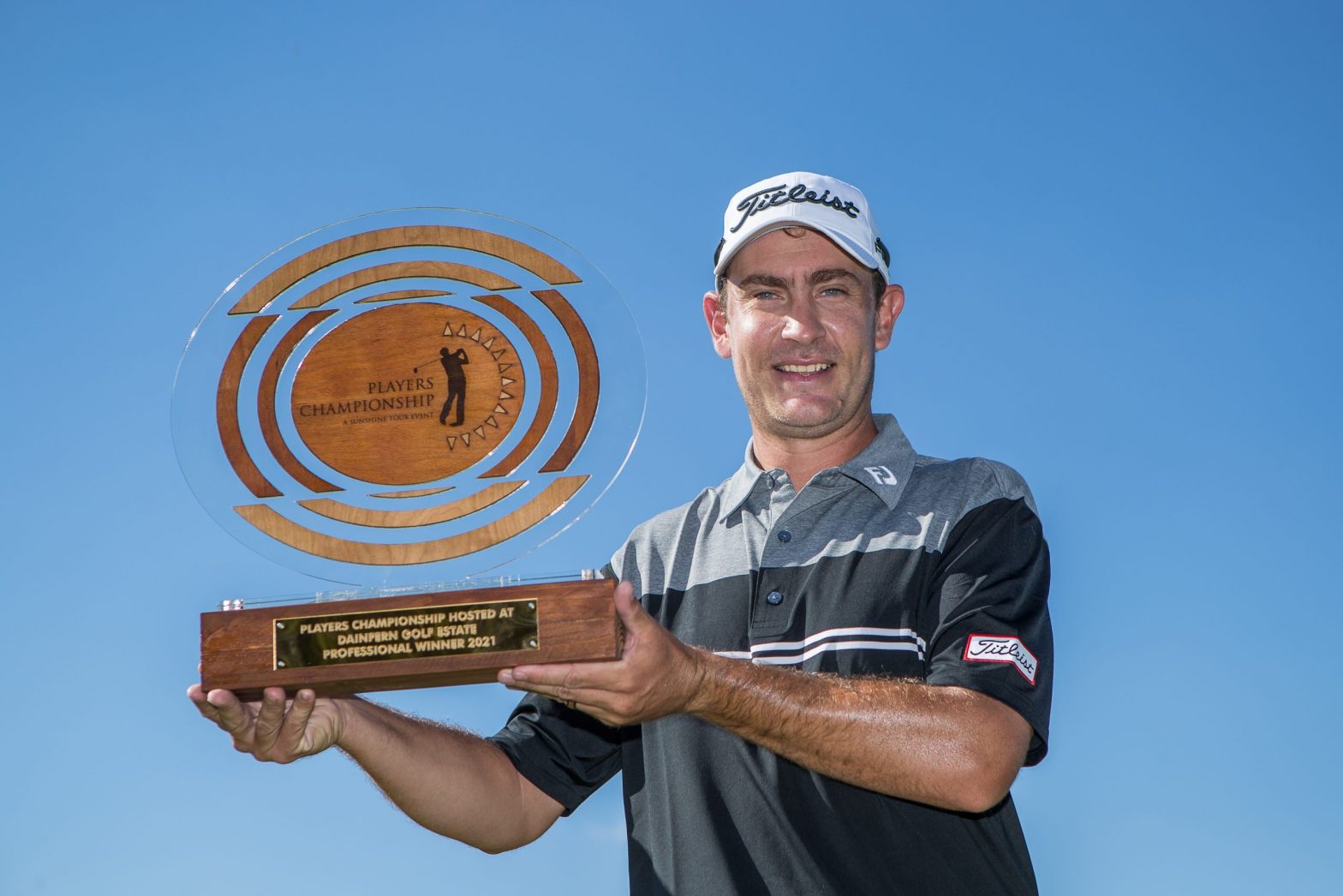 Jaco Prinsloo won on the third hole of a three-way playoff in a frantic final-round chase to Players Championship glory at Dainfern Golf Estate on Sunday.

On a day not for the faint-hearted as the final groups attacked the leaderboard with red numbers, Jaco Prinsloo, Jake Roos and Daniel van Tonder all finished regulation play tied for the lead on 25 under.

Playing the par-five 18th again, both Prinsloo and Van Tonder eagled the hole as Roos fell out. That took the two of them back to 18. Prinsloo showed absolute nerves of steel as his second found the greenside bunker, and he then pitched out to within three feet to make birdie. Van Tonder matched him with a birdie of his own, taking them back to 18 again.

Van Tonder pulled his drive, but then produced an incredible shot from the left rough to just short of the green. He chipped to about six feet, but missed his birdie putt. That left Prinsloo to hole his two-foot putt for birdie and his second Sunshine Tour victory.

â€œThe playoff was almost the easier part. Just getting there was more nerve-wracking,â€ said a relieved Prinsloo.

â€œJake, Daniel and myself are all good friends, and luckily today I came out on top. To get this title is very special. I have to thank the Sunshine Tour for making this tournament possible. I love this golf course and the whole atmosphere here.â€

It was hardly surprising that four incredible days of low-scoring golf should end in a playoff for this Sunshine Tour event.

The leading players never relented on the final day as they kept building on the lead with a slew of birdies. And the closing holes again provided the opportunities.

Roos birdied two of the final three holes for a 63 and to set the clubhouse target at 25 under par. Van Tonder then eagled the par-five 18th for the second day in succession to join him on 25 under with a final round of 65. And Prinsloo had the greatest opportunity of all as he stood over an eagle putt on 18 to win outright. But the miss and resultant birdie earned him a 65 and the final place in the three-way playoff.

Thriston Lawrence closed with the low round of the week, a brilliant 62 that saw him birdie six of the last seven holes. He finished tied fourth on 22 under par alongside Jean Hugo.

The Sunshine Tour remains in Gauteng this week for the R1-million Gauteng Championship presented by Betway at the Ebotse Links. â€“ Michael Vlismas