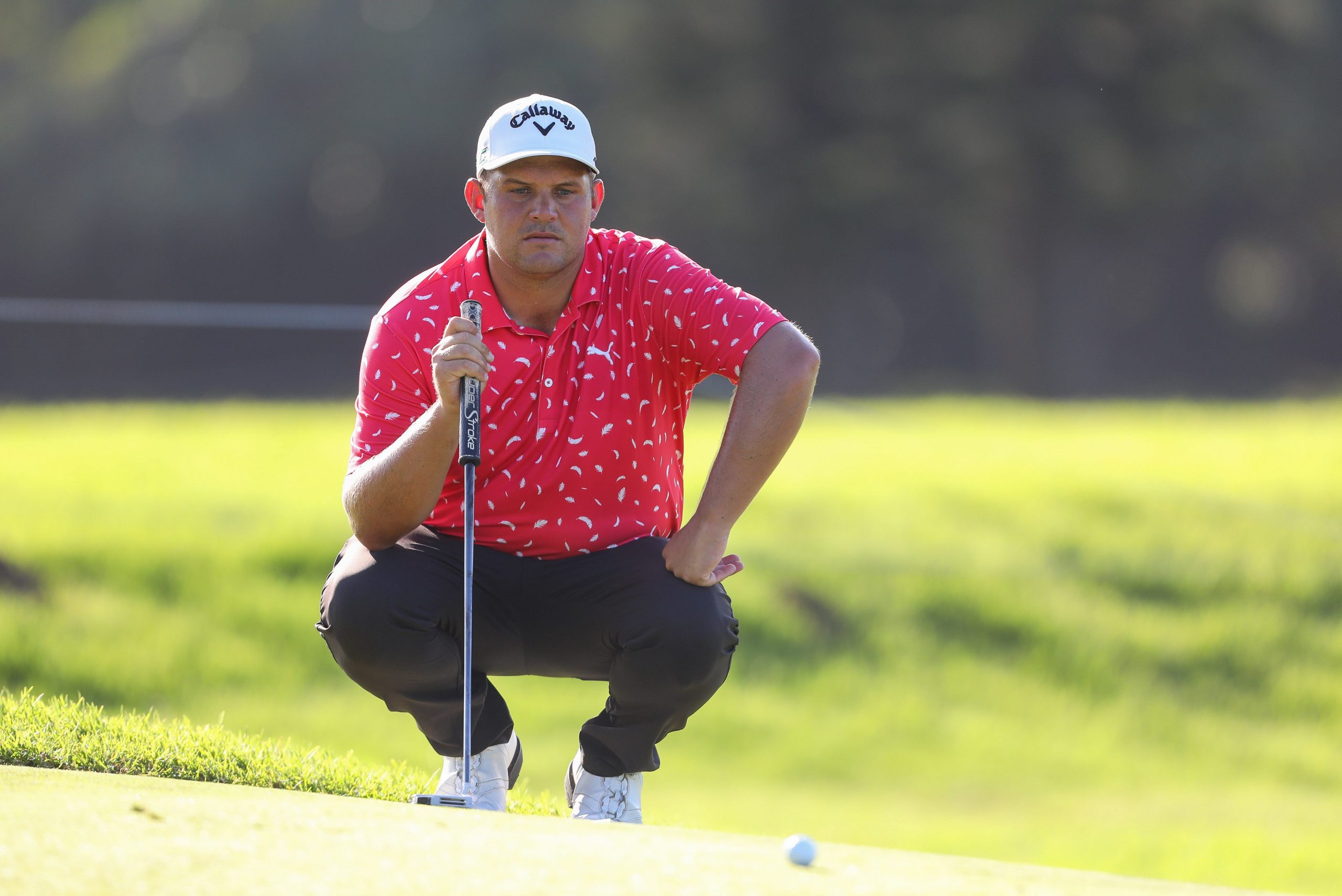 DURBAN – JC Ritchie locked himself away in that quiet place in his head, in the way he does so well but can’t describe how to even his caddie. And there in that place where he says he finds perfect peace, he once again found perfect golf.

For the second day in succession in the Jonsson Workwear Open, Ritchie was untouchable as he followed up his first round 61 with a second round of 63 at Durban Country Club on Friday.

And now the fear from the rest of the field is that he may just be unreachable as well as he takes a six-shot lead into the weekend of this Sunshine Tour and Challenge Tour event, and chasing back-to-back victories after his triumph in last week’s Bain’s Whisky Cape Town Open.

“The golf is feeling amazing. My swing is in a really good place. My mental game is in a really nice place. I feel like everything is as close to perfect as it can be. There’s always room for improvement, but I think what I’ve got right now and where I am I’m really happy,” said Ritchie as he came through 36 holes at the top of the leaderboard on 18 under par.

“There’s been some really tough times over the last 20 or so years since I decided to play the game, so if this is form then I gladly welcome it.”

There’s no doubt Ritchie is in the form of his life at the moment, and even he is struggling to explain just how he’s able to get to that place mentally that yields such incredible golf.

“It’s a tricky one. I struggle to explain exactly how I get there and where I go to in my head. Even my caddie has asked me, and I told him I just don’t know how to explain it. It’s just a quiet place in my head that I manage to go to when I’m under pressure. It’s a place that’s calm and peaceful in my head, and where I feel like I can make the best possible decisions. I try and keep that space as clear as I can – no negative thoughts or bad memories.”

His nearest challenger is Jbe Kruger, who as his playing partner over the past two days has had a front-row seat to Ritchie’s process and his golf.

“It’s some of the best golf I’ve ever seen. He’s not making a single mistake and he’s putting well. I almost want to say that if you don’t shoot 64-64 on the weekend, you won’t beat him. JC is playing unbelievable golf,” said Kruger, who was in some great form himself with a 66 at Durban Country Club on Friday that puts him on 12 under headed into the weekend.

Kruger had a day of contrasting nines, starting on the back nine with a 29 that included seven birdies and two pars – matching the back nine of John Bland when he shot a course record 62 here in the first round of the 1993 SA Open. He then came home with a 37 featuring eight pars and a bogey.

Challenging for a title on the weekend at the historic Durban Country Club is exactly where these golfers want to be, and Ritchie is certainly keen to ensure he stays in front in this race.

“Durban Country Club has had some amazing tournaments and some pretty big golfers have won here, and to be able to put my name on that list would be pretty special,” he said. – Michael Vlismas