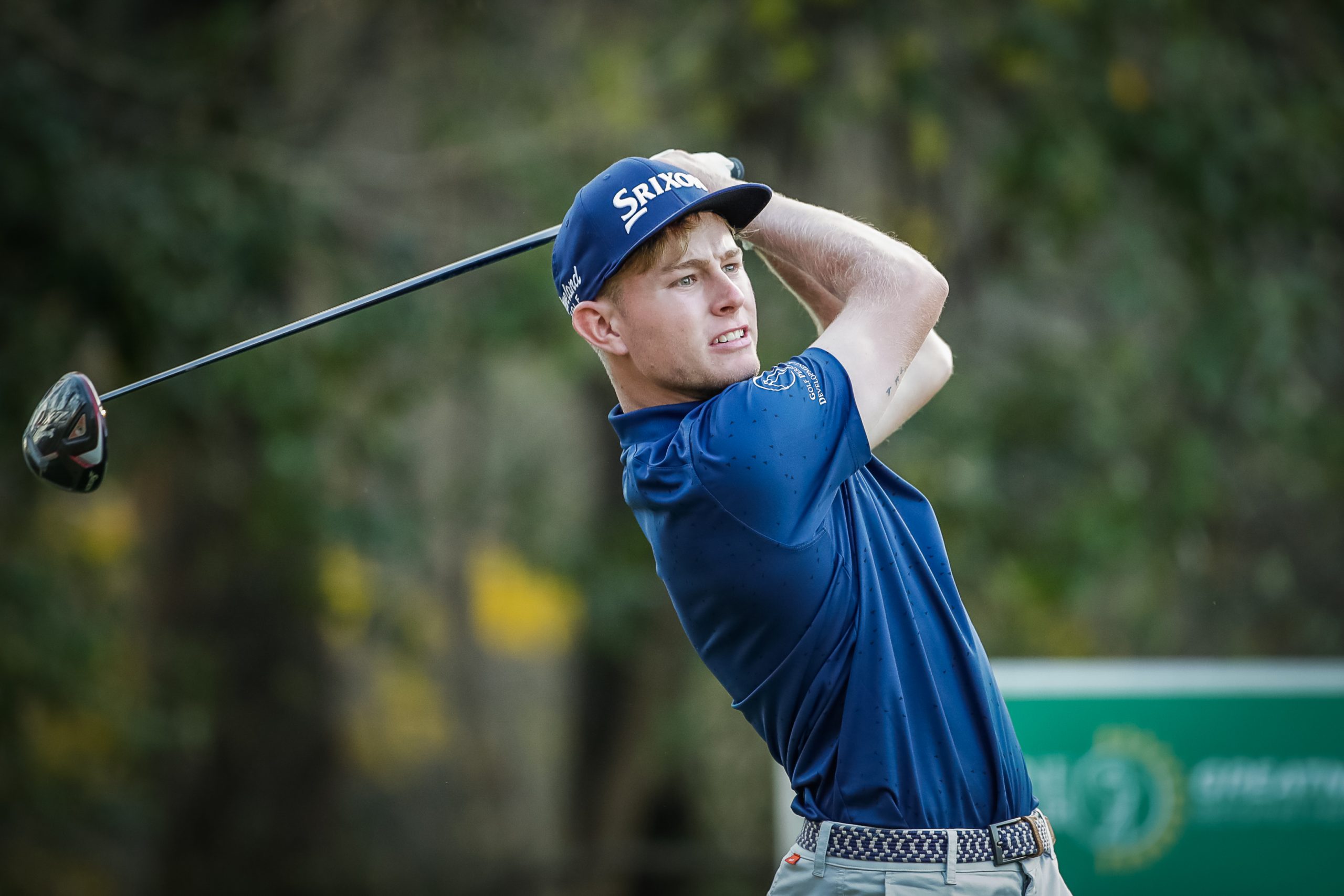 IRENE, City of Tshwane – Sunshine Tour rookie Ryan van Velzen roared to a marvellous eight-under-par 64 at Irene Country Club on Friday to claim a one-stroke lead after the first round of the KitKat Group ProAm, the R1 million tournament being held for the second time after flooding washed out the tournament in February.

The 21-year-old Van Velzen, playing just his fifth Sunshine Tour event, was particularly rampant on the par-fours, picking up six of his eight birdies there, to go with birdies on the par-five 10th and 17th holes. It was also a bogey-free round for the Benoni golfer, who won his card from the Big Easy Tour in January.

“I’m really happy and I played really nicely, hitting the ball good and close and making the putts,” Van Velzen said after racing past his previous best Tour round of 68.

“I drove the ball straight most of the day, I didn’t miss many fairways and my iron play was really good. I was surprised how good the greens were after all the rain and flooding earlier in the year.

“The course is in really good shape and you have to hit it straight off the tee because of all the trees. And the greens were pretty quick so you didn’t want to be on the wrong side of the hole,” Van Velzen said.

The former GolfRSA squad member was on the right side of most things on Friday, including an extraordinary tussle for top spot on the leaderboard that he eventually won.

Dylan Mostert finished just one stroke back after a brilliant 65, converting a great start after he was three-under through five holes.

Merrick Bremner, Ockie Strydom and JJ Senekal made the early running with their five-under-par 67s, but endured the frustration of watching the leading duo sweep past them in the afternoon, as well as the in-form Louis Albertse, Malcolm Mitchell and Keagan Thomas, who all shot 66s.

Rourke van der Spuy, who drank from the champagne bottle a week ago when he won the SunBet Challenge hosted by Sun City, was also part of the bottleneck at the top as he started on the 10thtee and moved to four-under-par after his birdie on the third hole. But the aggressive 32-year-old did not quite have the finish he intended as he then bogeyed the par-four sixth and made pars the rest of the way in to finish with a 69.