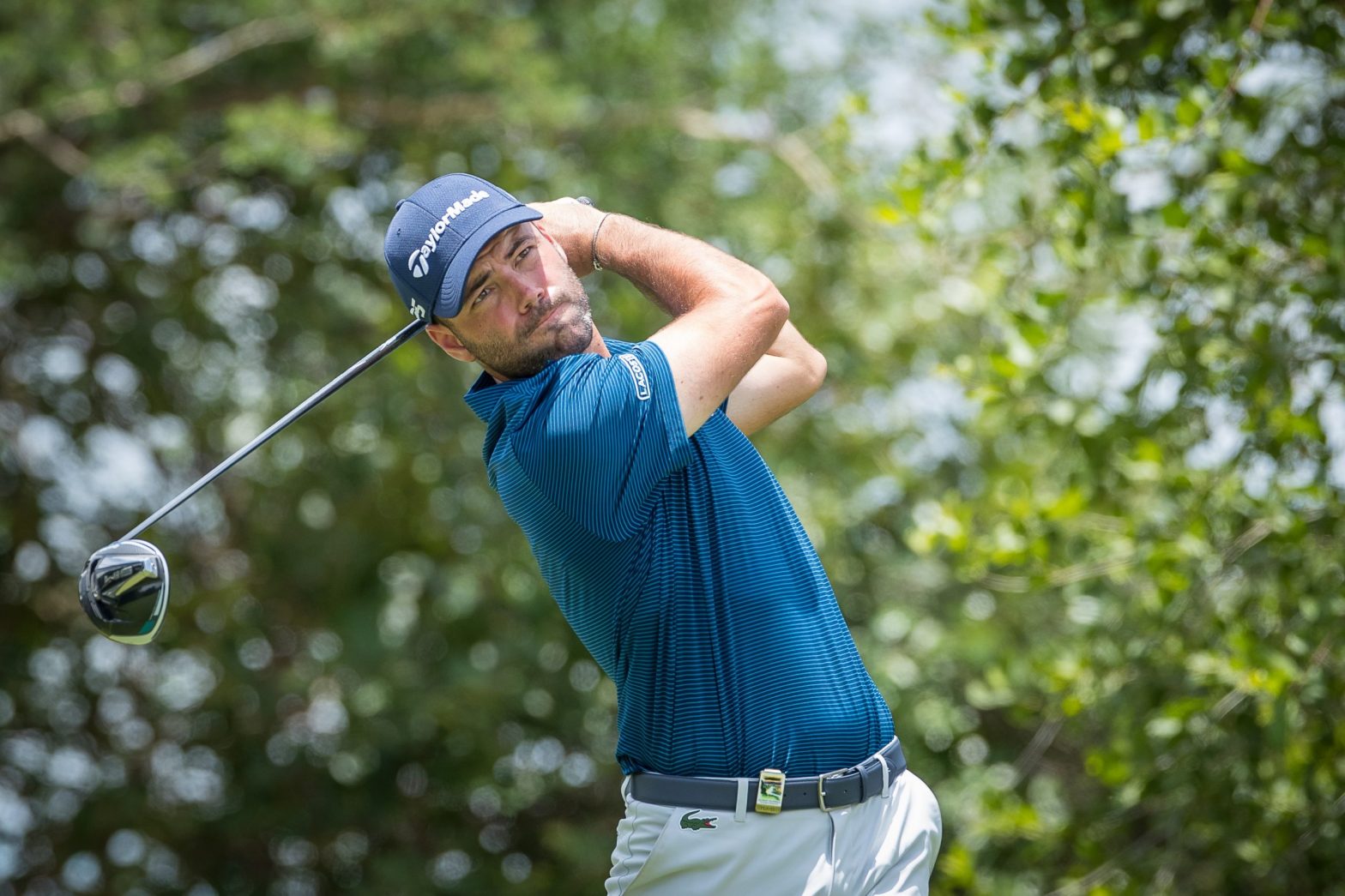 Frenchman Robin Roussel and Polandâ€™s Adrian Meronk both took the most advantage of a receptive Leopard Creek course in Thursdayâ€™s first round of the Alfred Dunhill Championship and shared the lead with their rounds of seven-under-par 65.

Roussel enjoyed a run of five consecutive birdies from the turn on his way to the top of the leaderboard, while Meronk had two eagles â€“ chipping in from the bunker for one of them â€“ as they opened up a one-stroke lead over the rest of the field.

Their nearest challenger is Scotlandâ€™s Scott Jamieson who birdied four of his last five holes for a 66. Ockie Strydom leads the South African challenge after day one following a rare bogey-free round of four-under-par 68.

A bit of overnight rain and cooler conditions softened up the Leopard Creek course on day one of this Sunshine Tour and European Tour co-sanctioned tournament, which allowed particularly the morning field to take advantage.

â€œThe course is definitely softer than what it was when we last played here in December. The greens were soft this morning, but itâ€™s still Leopard Creek and a very good course so Iâ€™m delighted with a 65,â€ said Roussel.

â€œI had a bunch of good birdies on the back nine. I was lucky enough to have a local caddie on the bag and he read the greens pretty well. I had quality putts in that stretch and itâ€™s thanks to him. But overall Iâ€™m so happy to be here in the middle of this amazing wildlife. There are so many good vibes here and I think that helped me a lot.â€

Meronk started his round off the 10th, which he birdied. His two eagles came on the par-five 18th and the par-four sixth hole, where he chipped in.

â€œI played really solid and had many chances to go even lower, but Iâ€™m very happy with how I played. I made some good decisions out there. My first eagle on 18 I hit a drive left of the fairway and I hit a six iron to about 15 feet and holed the putt. The second eagle on the sixth I holed a bunker shot. My short game and putting was pretty solid all day. This is my second time at Leopard Creek and I love it here. I love seeing the animals in their natural habitat.â€

Behind them, Jamieson was equally delighted with his start. â€œA strong finish for a 66 is perfect as far as Iâ€™m concerned. I enjoy the tougher conditions this golf course offers. I like a tournament where the winner is 10 under, not 20 under.â€

And Strydom singled out his bogey-free round as his best ever on Leopard Creek.

â€œI think itâ€™s probably one of my best rounds in a very long time. Itâ€™s mentally tough out there. To keep the bogeys off the card is always special, but especially on a course as tough as this one. I think itâ€™s the best round Iâ€™ve ever played here.â€

Heâ€™s also not too concerned with being three shots back after the first round.

â€œThere are always some players that go low in the first round, but my dad always taught me that you canâ€™t win the golf tournament on the first day, but you can certainly lose it. Iâ€™m just keeping focused on my own game.â€