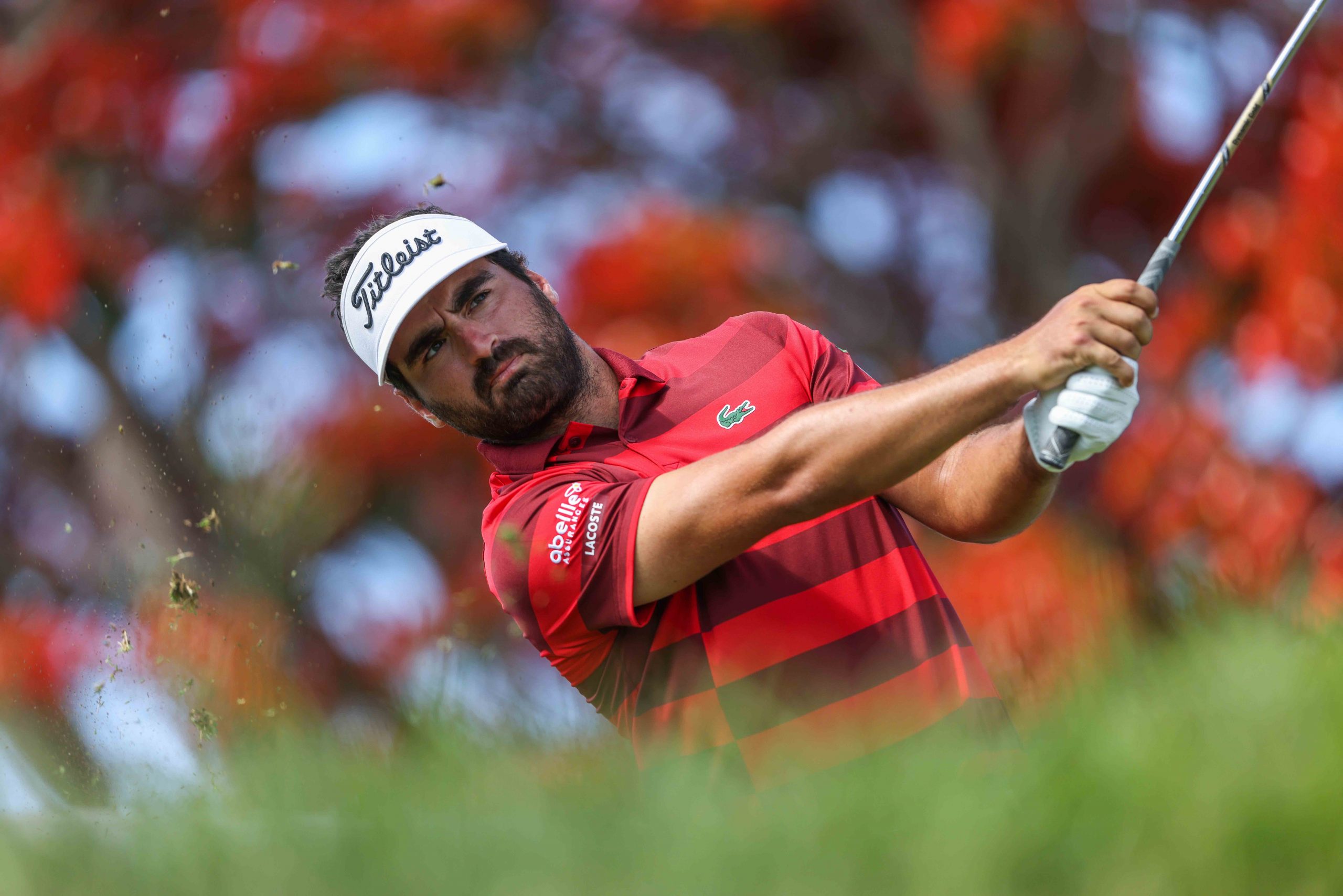 MONT CHOISY LE GOLF, Mauritius – Frenchman Antoine Rozner will take a two-stroke lead into Sunday’s final round of the AfrAsia Bank Mauritius Open at battling his way through a tough third round at Mont Choisy Le Golf.

Playing in a three-club wind, Rozner overcame a bogey-bogey start and fought his way back to a very respectable 68 and the tournament lead on 14 under par.

“Yeah, it was tough out there. It was blowing a lot more than the previous days. The long game was tough and the putting was even worse so I struggled,” said Rozner, who in 2019 lost this title in playoff and is back as a two-time DP World Tour winner and also chasing a place in the European Ryder Cup team.

“I had a big birdie putt on the fourth that helped me a lot. It helped me to get the round going. I was very solid after that. I feel like I missed a lot of opportunities but I still shot four under. In these conditions that was pretty good. Now we have one more round to go.”

His nearest challenger is fellow Frenchman Julien Brun, who posted a 67 and was equally delighted with his performance on a very challenging day.

“I’m very pleased with my patience out there because I struggled at the start. It was crazy tricky out there. Downwind your pitching wedge flies and you still have to assess the bounce on the greens, and these greens have big slopes on them. And then into the wind it was at least a three-club wind. It was tough mentally,” he said.

South Africa’s Oliver Bekker is in third place on 11 under par following a third round of 70, and a maiden DP World Tour victory on Sunday would be a tremendous reward for a golfer who has certainly paid his dues globally this year in securing himself a card.

“I played pretty solid. I didn’t make too many mistakes and I’m feeling good about the final round. This is the kind of golf course where you can make quite a few birdies. If you can get off to a good start and put the guys under pressure you’re in with a good chance. We’ve seen 62s and 64s here this week so even if it’s windy you can still get a good score out there. It’s going to be nice to be a few back and be able to play a bit more aggressive, and see how it pans out.”