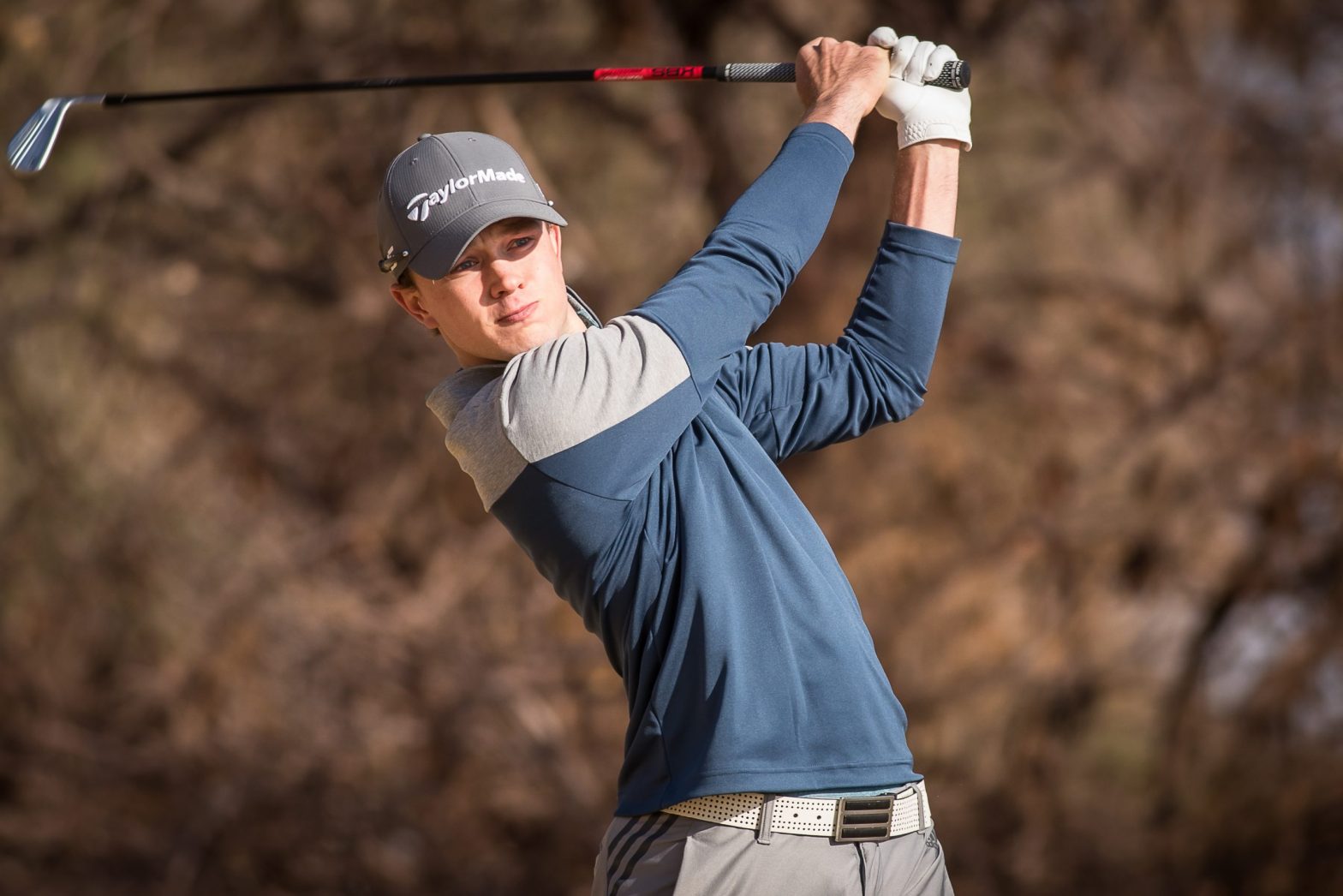 Jayden Schaper has taken another positive step towards a maiden Sunshine Tour title and will head into Saturdayâ€™s final round of the Vodacom Origins of Golf tournament in a share of the lead with Ockie Strydom at Sishen Golf Club.

Schaper signed for a 68 on Friday to climb to five under par and tied for the lead with Strydom, who kept his place at the top of the leaderboard with a second round of 69.

They are two strokes clear of their nearest challengers, Rupert Kaminski and Alex Haindl. And three strokes back sits a strong chasing pack that includes the experience of Jaco Ahlers and Hennie Otto as well as the youth of James Hart du Preez and Deon Germishuys.

Strydom is looking to successfully defend his title, which he won here in 2019 and with the 2020 series cancelled because of the pandemic.

But Schaper in particular has been building towards being ready for this moment. In fact, he returned from 11 weeks playing in Europe for exactly this purpose â€“ to build his confidence with performances such as this one.

â€œItâ€™s been a rough two years with COVID-19 and all of that. Iâ€™ve been in Europe the past few weeks and I just felt a bit drained. So, I chatted to my team and we agreed I should come back home and reset here a bit. Reset my mind and my golf, and just have some fun with my golf again. It seems to be working because Iâ€™m feeling a lot more confident,â€ said Schaper.

As the newest young star of South African golf, Schaper signalled his intent when he challenged for the South African Open in January 2020 and finished sixth there while still an amateur.

As a professional he had four top-10s on the Sunshine Tour during a disruptive 2020 season and came close to winning the Alfred Dunhill Championship before finishing second to Christiaan Bezuidenhout.

And apart from a difficult run of three missed cuts in the three Challenge Tour and Sunshine Tour co-sanctioned tournaments this year, heâ€™s had two top-10s leading up to this event.

â€œIâ€™ve been in a couple of final groups now and Iâ€™ve been close. Iâ€™ll just stick to my gameplan on Saturday. This course can be tricky and there are so many good players in this field.â€

If Schaper can hold on for a win on Saturday, he will find himself in illustrious company with golfers who have made their professional breakthroughs on this Vodacom Origins of Golf series.

Both Louis Oosthuizen and Thomas Aiken claimed their maiden Sunshine Tour victories on the series in 2004. George Coetzee and Justin Harding are also amongst those who have used this series to open their Sunshine Tour accounts. – Michael Vlismas