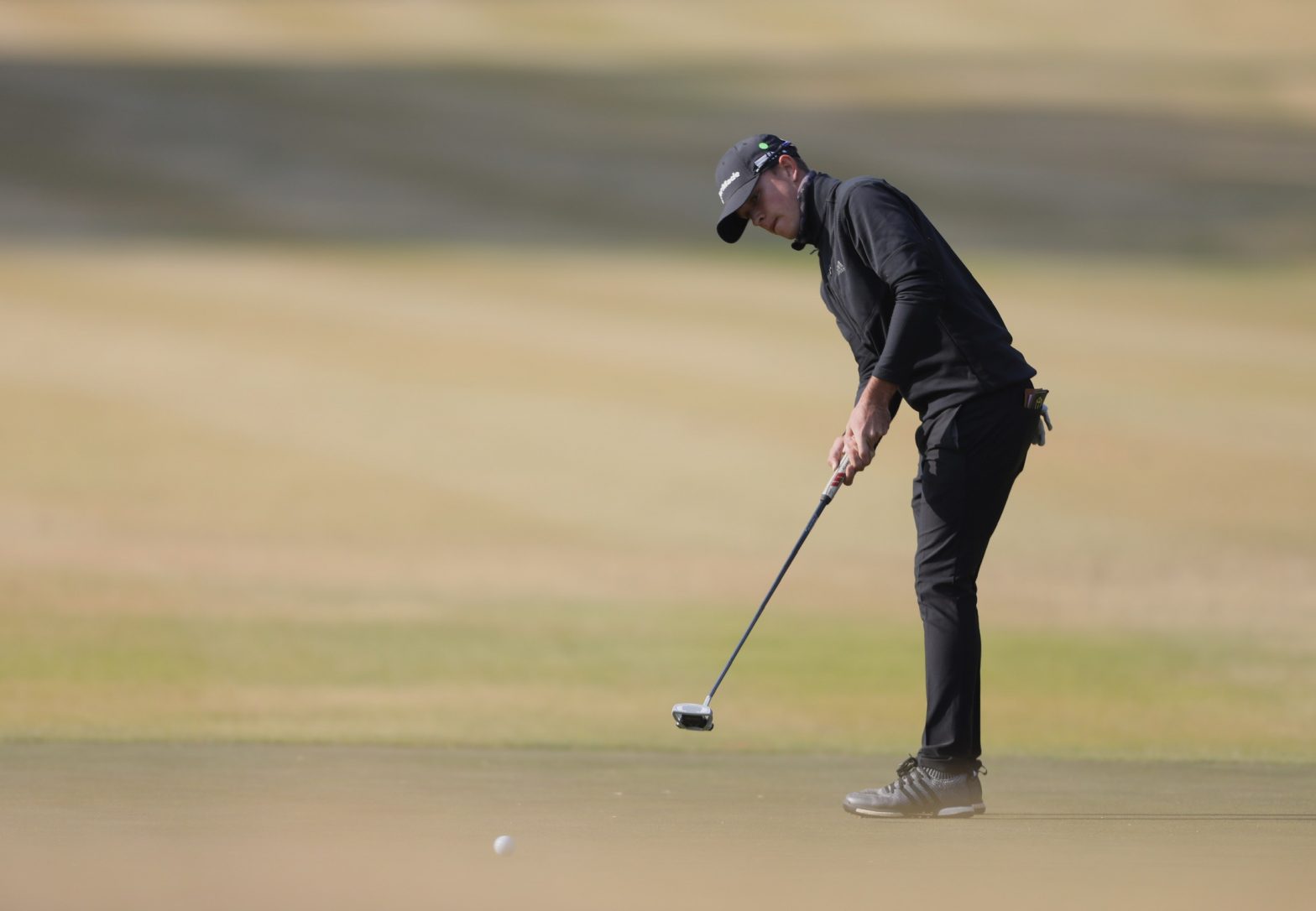 The 18-year-old sensation Jayden Schaper is on the brink of a maiden Sunshine Tour victory as he heads into Fridayâ€™s final round of the African Bank Sunshine Tour Championship in a three-way tie for the lead.

The newest star of South African professional golf shares a one-stroke lead over the field on seven under par 137 alongside Martin Rohwer and Daniel van Tonder, and following his round of two-under-par 70 at Glendower Golf Club on Thursday.

Schaper had an adventurous start to his round with two bogeys and an eagle in his first four holes, and it was not until the 12th hole where he started to find his rhythm as he made three birdies in four holes from there.

â€œThe course played a lot tougher today because of a bit more wind. I struggled to pick out where the wind was coming from and I just didnâ€™t get off to a good start. I only hit three fairways in my first 12 holes, and I had a few three putts as well so I put myself under a lot of pressure. But the last few holes it came together. I knew the back nine is a lot easier and more accessible with the two par fives and not much trouble on the par fours, and I finished stronger just like I needed to,â€ he said.

Schaper impressed all when as an amateur he finished tied sixth in Januaryâ€™s South African Open hosted by the City of Johannesburg. He turned professional shortly thereafter and secured his Sunshine Tour card with a finish of 10th at the Qualifying School and before the national lockdown came into effect.

But since the restart of the Tourâ€™s Rise-Up Series, heâ€™s wasted no time putting himself in contention. He finished tied 15th in last weekâ€™s Betway Championship, and now has a clear shot at a maiden title.

â€œI left quite a few out there, but Iâ€™m glad I could still post a decent score today. Iâ€™m still up there. Youâ€™ve got to keep grinding out on this golf course. Iâ€™m excited for the final round, and weâ€™ll see what happens.â€

Rohwer will be pleased to have kept his place at the top of the leaderboard with a level-par 72 after leading on day one, while Van Tonder moved into contention with a round of two-under-par 70.

Jaco Ahlers is one shot back of the leaders following his second round of 68. Darren Fichardt is on track for back-to-back victories on the Rise-Up Series as he heads into Fridayâ€™s final round just two shots off the lead, and fellow multiple European Tour champion George Coetzee is only three shots back.