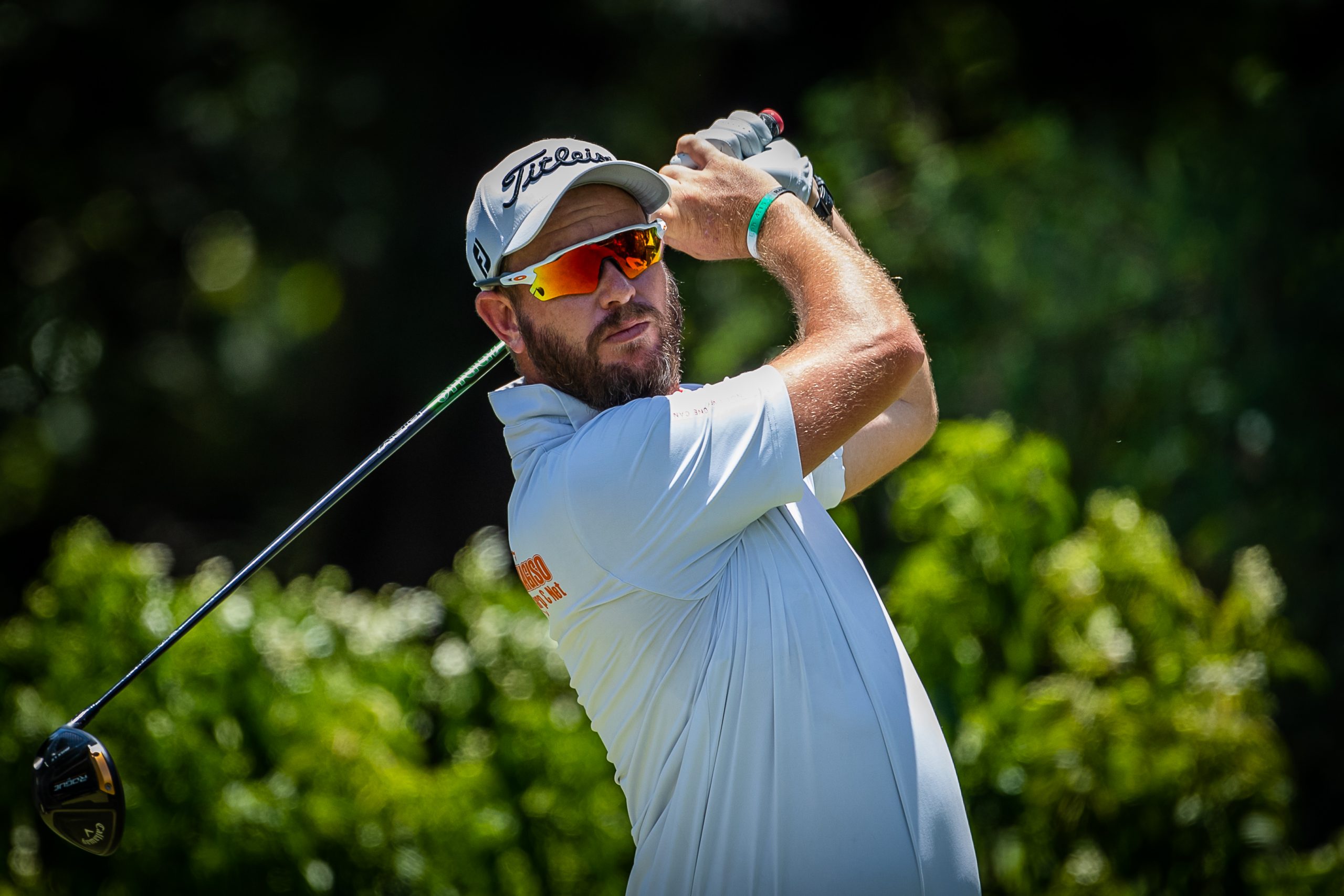 MALALANE, Mpumalanga – Ockie Strydom and Scott Jamieson both share a deep passion for Leopard Creek and their desire to win the Alfred Dunhill Championship as they share the lead going into Sunday’s final round.

Strydom equalled the course record with a third round of 63 to climb to 15 under par, and Jamieson – the man who a day earlier had set that course record – signed for a 70 on Saturday to join him at the top of the leaderboard.

They are two strokes clear of the trio of Dean Burmester, Oliver Bekker and Dale Whitnell. Former champion Branden Grace is in a group just three shots off the lead.

Strydom, who has 19 runner-up finishes to his name, credits his caddie with changing his mental approach and leading to the kind of form that last week saw him set the course record at Blair Atholl during the Investec South African Open, and then challenging again this week for a maiden DP World Tour title.

“Jaris (Kruger) my brother-in-law has made a huge difference on the bag. We understand each other and he keeps me positive. He doesn’t just go for it out there, like I would always do. I’ve always played aggressively. If I could hit driver on a par three I would. Now I’m playing more strategically.

“This is a trophy you want, and to win here at Leopard Creek would be so special. The course is more beautiful than I’ve ever seen it. I’m staying in a house on the golf course. It’s so calm, and that always makes me play my best golf.”

Jamieson is equally determined to complete his love for Leopard Creek with a title on its fairways. “It’s my favourite week of the year,” he said.

The faster green speeds certainly tested the field on Saturday.

“When I saw the green speeds on the first tee box and it was something like 13.7 I thought, ‘Ok. Here we go’,” said Strydom.

“Luckily on the first green I hit a downhill putt about four feet past to get the hang of it. Overall my wedges were close and I didn’t go for dangerous shots. The course was set up quite tough but I hit it in the right places on these greens. Leopard Creek can’t be attacked. It’s either going to come to you and then if it does, well done. If it doesn’t, you’re in big trouble.”

Jamieson struggled to find his form on the front nine and turned one over. But his patience was rewarded on the back nine. “As expected, the course was a little tougher. The greens speeds were up a bit. I knew there would be chances on the back nine and then I had three birdies in a row. I was really disciplined out there. I stuck to my gameplan and got my reward with those three birdies. But we all know the tournament begins on the back nine on Sunday.” – Michael Vlismas