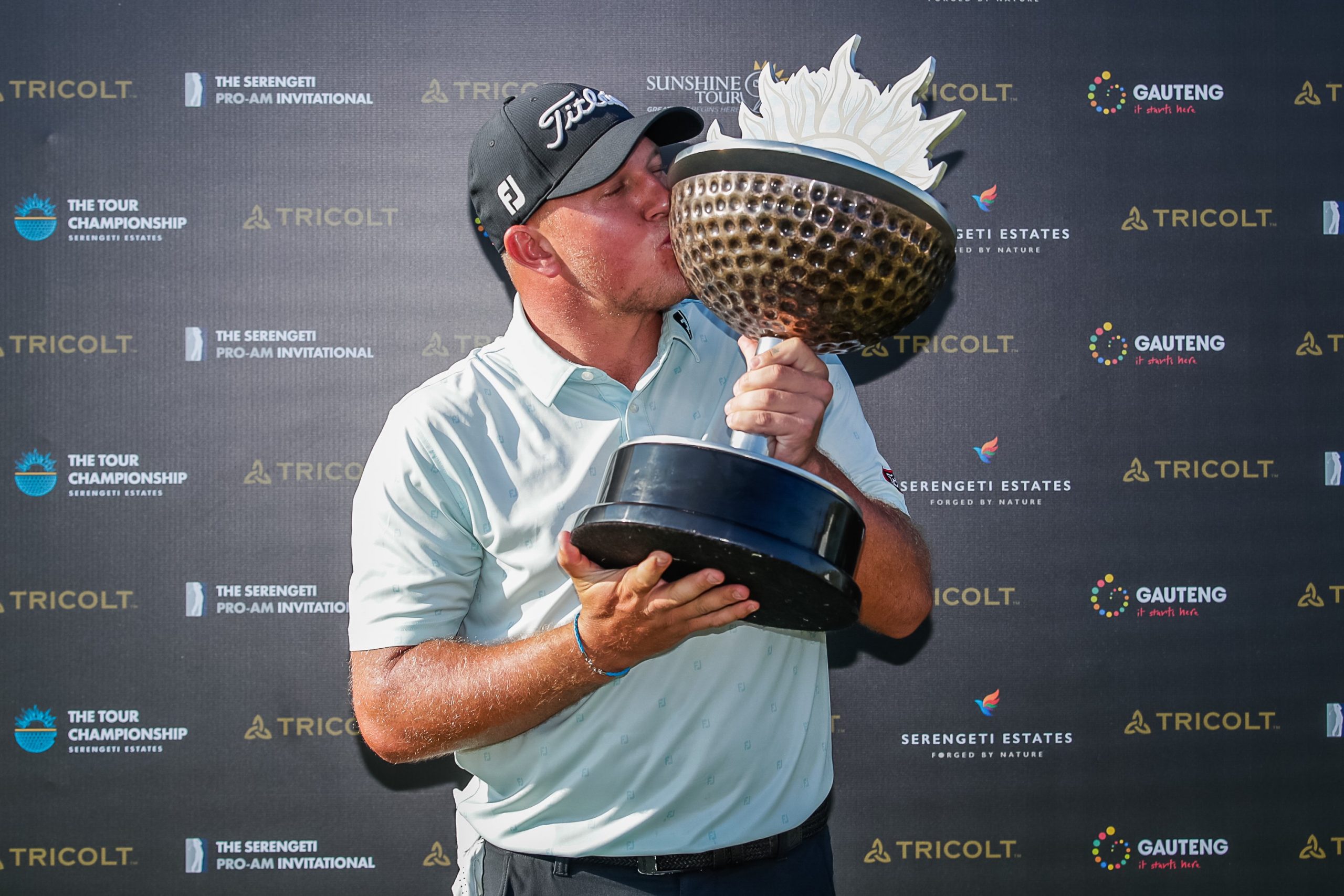 KEMPTON PARK, City of Ekurhuleni – Tristen Strydom made his professional breakthrough on the Sunshine Tour when he won the season-ending Tour Championship in record style at Serengeti Estates on Sunday.

Strydom built on his two-stroke lead overnight and closed with a 66 to win by six shots, which is the biggest margin of victory in the history of the Tour Championship.

Strydom also claimed the record for the lowest winning total in the history of the Tour Championship on 21-under-par 267, surpassing the previous record of 19-under-par 269 by Garrick Higgo in 2020.

“I can’t describe how it feels. It’s been hard for me and I’ve worked extremely hard to get where I am today. I’m blessed with a lot of good people around me. It makes it so special to get that first victory for everybody who believes in me,” said Strydom.

Pieter Moolman took second place on 15 under par with a final round of 70, while George Coetzee finished third on 11 under with a closing 70.

Strydom was never under pressure on the final day as he made four birdies on the front nine – three of them in succession – to continue moving away from the field. He stumbled with a bogey on 10 but corrected this with another birdie on the 11th. When he added a birdie on the 14th the title was beyond doubt, and his final birdie on the 18th confirmed it.

“I came out with an attacking mindset. I didn’t want to give anybody a chance. I had a good gameplan and I felt really comfortable with the golf course. I’ve had so many second-place finishes and it does get to you after a while. Buy my caddie just kept telling me to stay patient and it will happen at the right place and right time. And it’s great to have finally done it,” said Strydom.

The win is a groundbreaking one for a player who was one of South Africa’s top amateurs and who then took some time to adjust to the professional ranks. The victory earns Strydom a one-year exemption on the Sunshine Tour.

The Tour Championship wrapped up the Sunshine Tour 2021/22 season. Shaun Norris claimed the top spot on the final Order of Merit thanks largely to his victory in the DP World Tour co-sanctioned Steyn City Championship. That earns Norris exemptions into the US Open and Open Championship this year as well as the Nedbank Golf Challenge at Sun City. Dean Burmester finished second on the Order of Merit and Thriston Lawrence ended the season in third place.

Jayden Schaper’s finish of fourth in the Tour Championship secured him the Rookie of the Year award. – Michael Vlismas.