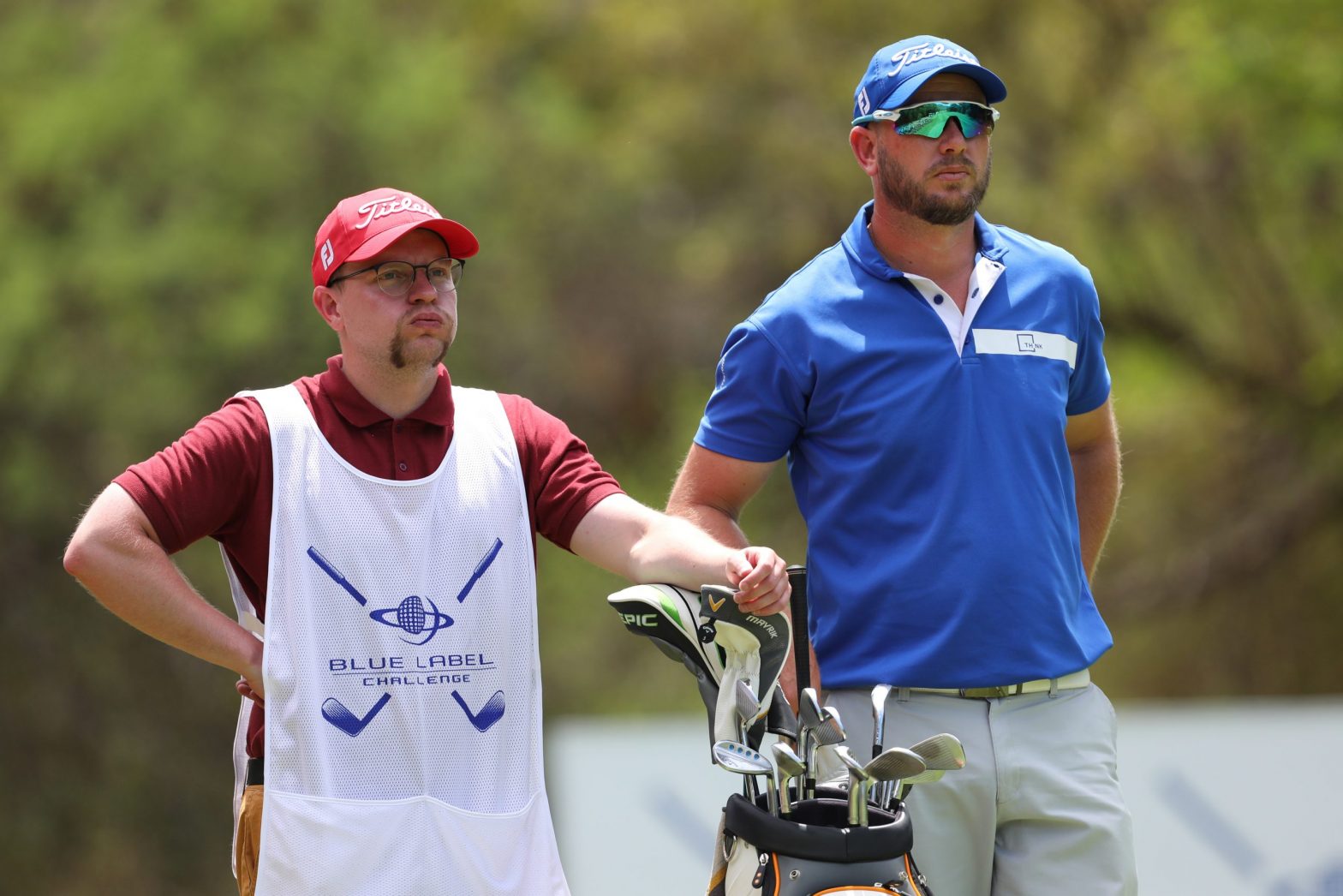 SUN CITY, North-WestÂ (13 October) â€“ Ockie Strydom is the owner of 37 top-10 finishes on the Sunshine Tour and was the runner-up at the Gary Player Country Club in the 2019 Sun City Challenge, so it is never too surprising to see him at the top of the leaderboard as he was after the first round of the Blue Label Challenge at the famous 7831-yard course on Wednesday.

In a tournament using a modified Stableford scoring system, Strydom shot a wonderful seven-under-par 65, his eight birdies and just one bogey giving him a total of 15 points. That left the 36-year-old one point ahead of Ruan Korb (66), while Jayden Schaper and Rhys Enoch also shot six-under-par but finished on 13 points because they did not have an eagle on their cards, as Korb did on the par-five 11th.

Strydomâ€™s solitary bogey came on the first hole, and he stayed on minus-one points through the next four holes, but thereafter the Serengeti golfer found the conditions and very warm temperatures much to his liking with three successive birdies from the sixth hole. He was especially potent on the back nine, where he collected five birdies.

â€œOn the first hole I hit two in the bush and I thought â€˜here we go!â€™. But I kept calm and then I changed my ball after five holes because that one wasnâ€™t really working. I then got a lucky bounce on the sixth green and I just started making birdies,â€ Strydom said. â€œI was hitting it nicely off the tee, finding the fairways and then hitting my irons quite close. The putting then works out itself.â€

Strydom is known to be a big hitter off the tee and, with summer rains having arrived in the Pilanesberg, the fact that there is not as much run on the fairways as in winter has suited him.

â€œMost of the previous events here have been in winter, when the ball really runs on the fairways. But now itâ€™s softer, it feels a club or two longer that normal. But I like that because it means not everyone can attack the greens from long distance. They are very soft greens though and the ball either comes back or stops dead,â€ Strydom said.

The man who made his breakthrough win at the 2019 Vodacom Origins of Golf Series event at Sishen has enjoyed a solid season and is 30thÂ on the Order of Merit. His tee-to-green work has been consistent, and now, as the big money co-sanctioned events loom, his putter has started coming to life.

â€œI was a bit off at the beginning of the season, slowly getting better and I have not struggled from tee-to-green in the last six months. My putting was a bit of a problem though and my coach Doug Wood has been working very hard at it. Iâ€™m starting to get more comfortable with the process,â€ Strydom said.

Toto Thimba Junior has returned from his bucket-list trip to St Andrews for the Dunhill Links Championship in fine fettle and he shot a four-under-par 68 for 11 points.

Welshman Enoch has also returned to the Sunshine Tour, for the first time since winning the KitKat Group Pro-Am in March, and has come off an up-and-down European Tour campaign. But he looked in excellent touch on Wednesday, his only dropped shot coming on the par-five 18th, which was his ninth hole.