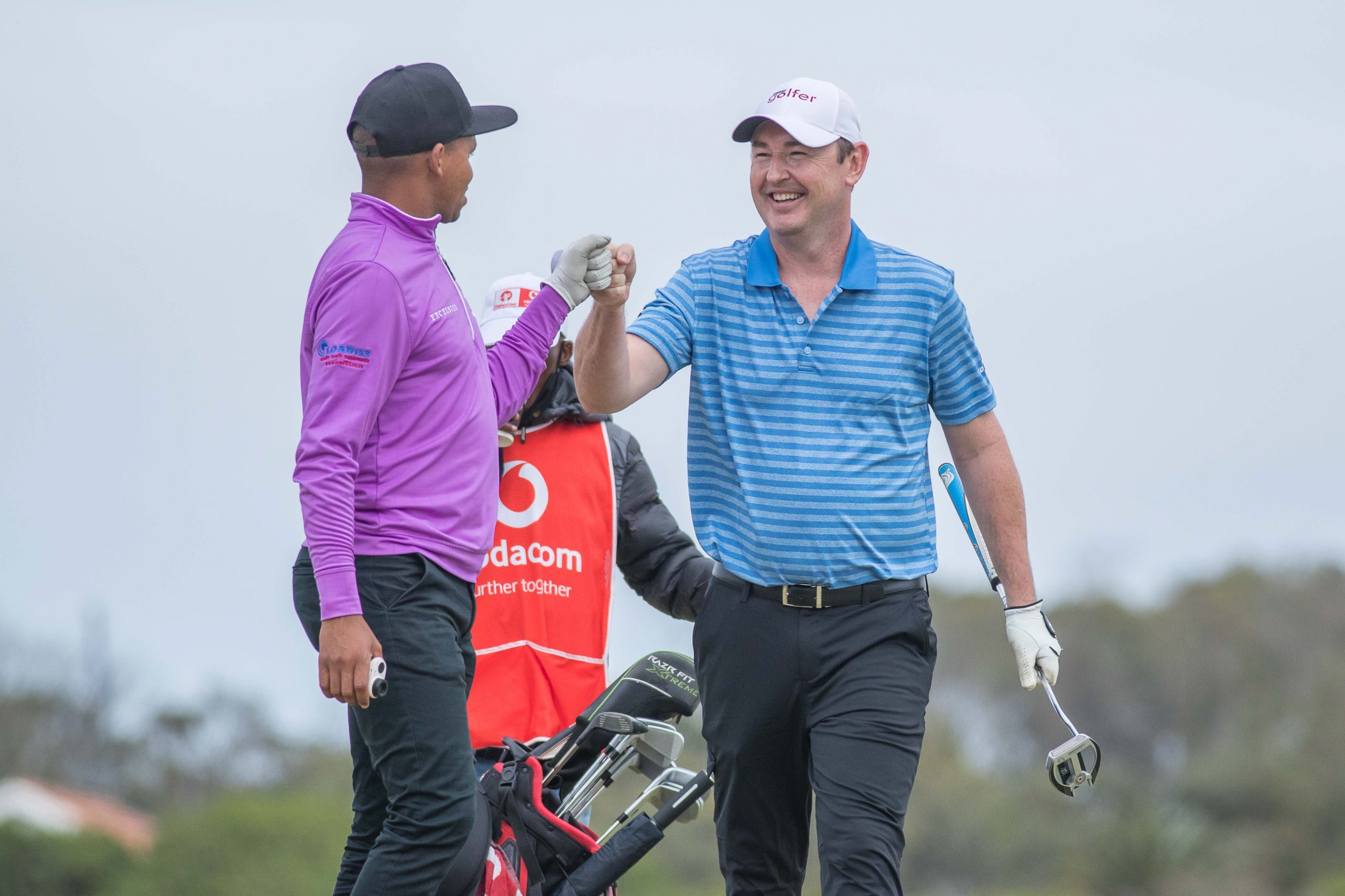 SUN CITY, North West – In 2004, after a phone call from Selwyn Nathan, then the head of SAIL Sport and Entertainment, sponsorship specialist Michelle van Eyden began ordering plus four pants, vintage flat caps, Argyle sweaters, and even a few vintage cars. Then, nobody understood why. Now, 100 Vodacom Origins of Golf events later, everybody understands why.

From that first Vodacom Origins of Golf Series in 2004 to the current series, including this past weekend’s 100th tournament at Sun City, it has defined itself as one of the premier pro-am series’ on the Sunshine Tour. It has showcased South Africa’s leading golf talent and premier golf courses. It has launched the professional careers of South Africa’s brightest young stars. It has consistently led the way and raised the bar in terms of the amateur golfer’s experience of what life as a professional golfer is like. And it remains at the forefront of what is happening in golf and how this translates to the avid weekend golfer and, most importantly, to Vodacom’s VIP clients who are invited to compete alongside the Sunshine Tour professionals in the pro-am element of the series.

Quite simply, it has been an iconic series of so many defining dimensions.

“When we first came up with the concept, it was against the background that although Vodacom was involved in golf in South Africa, we felt there was more we could do for their VIP clients,” says Nathan, now the Executive Director of the Sunshine Tour.

“In that first year we had the theme of Ben Hogan, so we used his image, how he dressed, the style and cars of the time. Since then we’ve had various themes for each series. But all of it has been underpinned by the desire to add more value to the Vodacom brand and their relationships with their key clients.

“The fact that we’ve celebrated the 100th tournament shows you the success of the original concept and how it contributes to Vodacom’s desire to reward its clients with a unique experience and through a shared love of golf.”

When Nathan presented the concept to his team back in 2004, it was so revolutionary that even Van Eyden wondered how they would make it a reality.

“Selwyn was always the visionary. He was the dreamer, and I was fortunate that he allowed me to be the dream maker and he gave me the freedom to run with this idea. But I’ll never forget when he came with the idea that he wanted amateur golfers to experience the world of professional golfers. He still said we need to embroider people’s names on their golf shoes. It felt surreal at that stage because it was a revolutionary idea in 2004. At the time I wasn’t even sure how we were going to create this whole vision. But I’m grateful for Selwyn’s belief in me and our team to make it happen,” says Van Eyden.

Over many years and various evolutions of the series and the teams of people who have worked on it, one thing has remained a constant. Innovation.

“Our philosophy for the Vodacom Origins of Golf was always to be pushing the boundaries and improving on the experience every single year. Still today it remains an unbelievable experience for the amateur golfers who take part. It’s evolved to become the must attend event in golf. What’s important is that from the start we took the series around the country to all the top golf courses, so it wasn’t just played in the same venue all the time. And it has continued to evolve, which you need to do. It now even includes the leading Sunshine Ladies Tour professionals.”

The milestone of 100 events is significant. When Vodacom started with this sponsorship in 2004, Louis Oosthuizen was just starting his professional career. He won his first Sunshine Tour event on the series that year. Thomas Aiken was a young pro who won three times on the series that year. Des Terblanche was still on Tour. Steve van Vuuren and Nic Henning were still winning tournaments on the series. This sheer longevity has a symmetry with the ethos of Vodacom’s sponsorship philosophy.

“Vodacom’s sponsorships are extremely loyal. In South African football we’ve been involved since 1998, and in rugby since 1996. It’s within Vodacom’s DNA to be a loyal sponsor and develop a long-term relationship that allows you to grow an event or property to the extent that you can reach 100 events on a Vodacom Origins of Golf Series, and keep improving,” says Van Eyden.

As he also reflects on 100 tournaments on the series, Nathan says this is a tribute to the people involved.

“These things don’t just happen. We’ve had leaders in Vodacom who over the years have taken this series forward and supported its vision. So too with the people like Michelle and then those who came after her on the events side of the series. And then our leaders and staff at the Sunshine Tour over the years. All have worked on this series and helped to move it forward. This week you will see that collective effort and passion of 100 Vodacom Origins of Golf events in practice at Sun City. The thanks go out to the people who have worked all these years in growing this concept to what it is.”

As much as the series has launched the careers of South African professionals, it’s had another profound impact on the local game.

Thomas Abt was one of those who worked on the pioneering team at SAIL to help launch the Vodacom Origins of Golf in its early years. Today, he is the Commissioner of the Sunshine Tour, helping to lead the series into a new future.