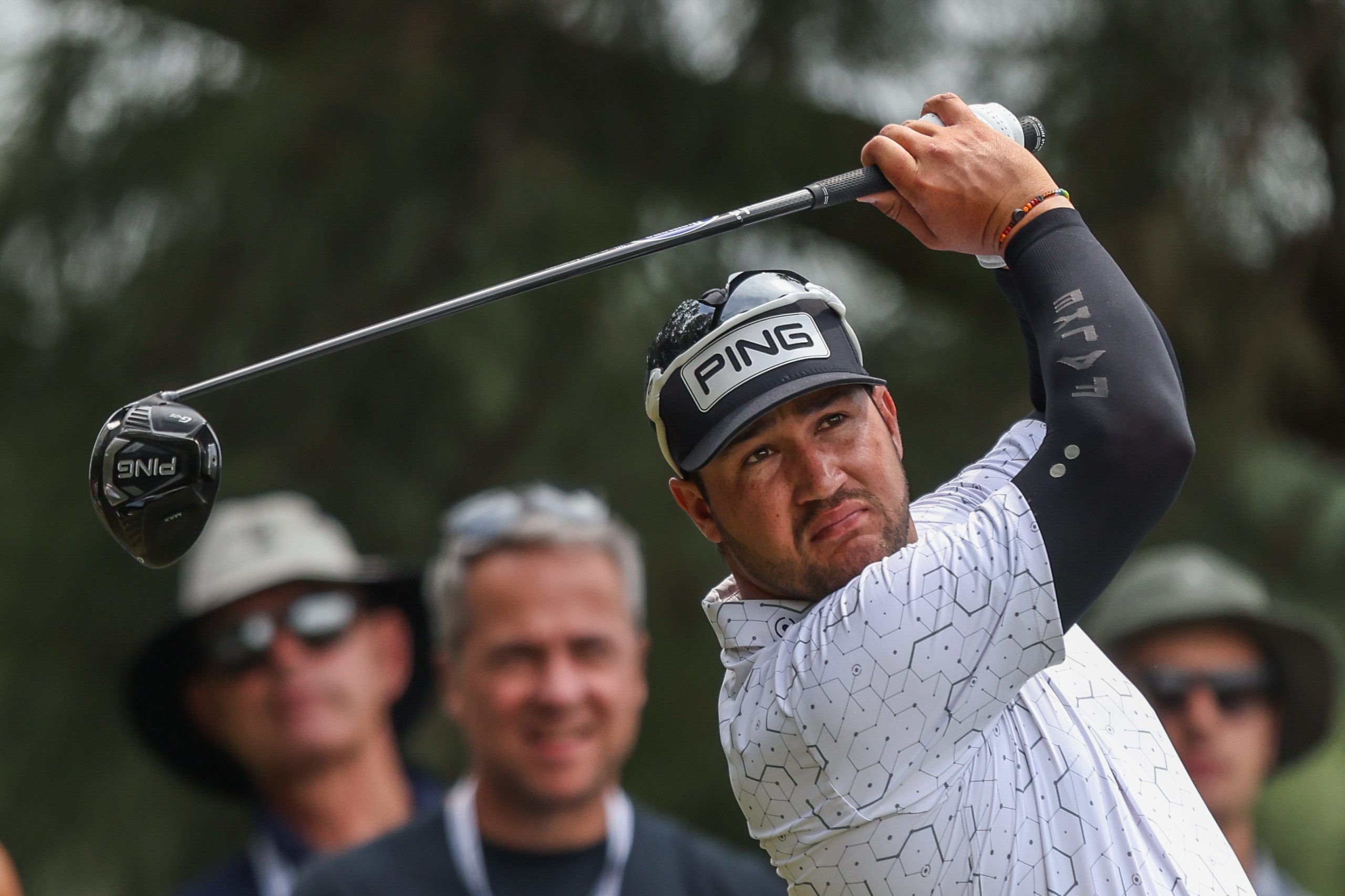 LANSERIA, Johannesburg (Gauteng) – Thriston Lawrence kept his hold on the Investec South African Open Championship as he moved into a two-stroke lead clubhouse lead headed into the weekend at Blair Atholl Golf and Equestrian Estate.

Lawrence’s nearest challenger is fellow South African Ockie Strydom on 11 under. After Lawrence had equalled his own course record of 64 on day one, Strydom joked that if he wasn’t going to break his own record, somebody else might as well do it. Strydom obliged with a course record 63 on Friday.

South African amateur Christiaan Maas is tied third on 10 under following a 65 and is looking to become the first amateur winner of the game’s second oldest national Open since Denis Hutchinson in 1959. Frenchman Clement Sordet also heads into the weekend on 10 under par.

But Lawrence is looking very comfortable at the top of this leaderboard. “I’m having loads of fun, especially when making a few long putts which I haven’t done in the last three weeks. It’s just been copy and paste in terms of what I’ve been doing the last few months – hitting it well from tee to green. The driver has been probably the best club in my bag all year, and this is quite a forgiving golf course off the tee. I’ve been giving myself a lot of chances out there. But I’m definitely pleased with the putting and looking forward to the weekend,” said Lawrence.

Strydom also thoroughly enjoyed his 63. “It was a lot of fun. You don’t often have a round like this on this golf course. To go bogey-free here is very pleasing as well. I’m in a good position for the weekend. This championship means a lot to me. It’s one of those that every South African wants to win.”

As much as the South Africans will be pushing to win their national Open, Sordet is relishing being in contention in a country where he won a Challenge Tour event in March.

“I’m really enjoying my time in South Africa and I’m playing well. This tournament is pretty special. On the 18th you can see the banner with all the past champions on it, and you have some great names. Gary Player won this 13 times. It’s amazing to see those names there.”

And 19-year-old Maas is looking to add to that history himself. Playing in his third Investec South African Open, Maas is looking to become the eighth golfer to win both the Freddie Tait Cup for the leading amateur and the main professional title in the same year. The last to do so was Hutchinson in 1959.