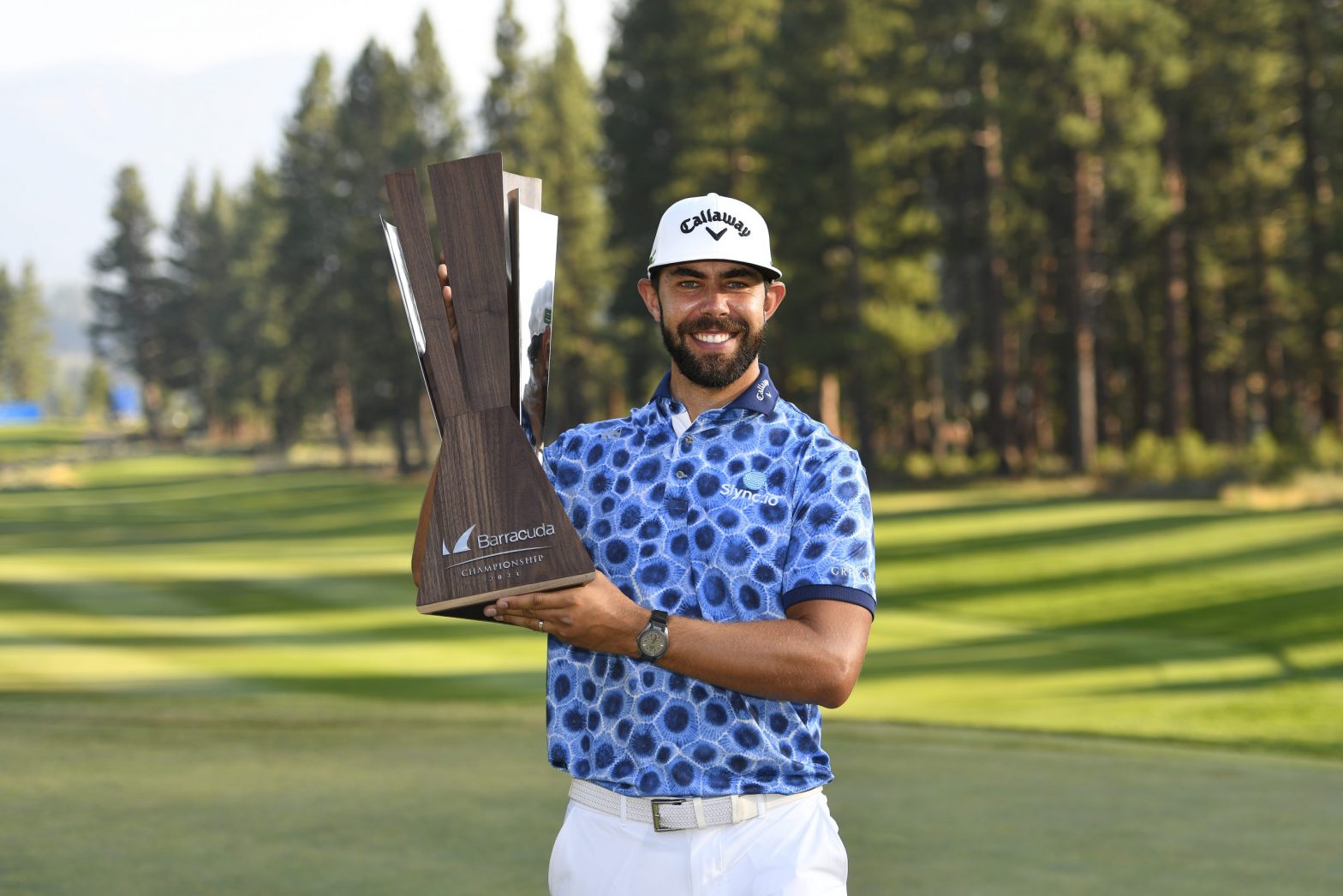 Erik van Rooyen claimed his first PGA Tour title when he won the Barracuda Championship in California on Sunday, and said heâ€™d celebrate in typical South African fashion with â€œa Brandy and Cokeâ€.

The South African finished with 50 points in the modified stableford scoring system used for this tournament to achieve what he said was the next step for him in his career.

â€œObviously this was, in my mind, kind of the next step for what I wanted to achieve. Iâ€™ve got big dreams and aspirations, and winning on the PGA Tour was certainly part of that. Iâ€™m really, really happy.â€

Van Rooyen is the third Sunshine Tour player to win on the PGA Tour this season. He is also the sixth consecutive first-time winner of the Barracuda Championship and set a record for the best winning score since the tournament changed to a modified stableford scoring system in 2012. He is also the first player since Major champion Collin Morikawa to win the tournament on his debut.

â€œItâ€™s massive. Itâ€™s massive. Itâ€™s been a difficult sort of 18 months for me golf-wise. I havenâ€™t been playing well. Thereâ€™s been glimpses of it the last six months. But I havenâ€™t been able to put four good rounds together. To win here under the conditions, you know, the pressure that I was under, Iâ€™m going to take so much confidence from this. I think it reiterates that patience is key. I was forcing things there for a long time. And ironically, with this game, when you do that, it kind of tends to go the other way. You have to let things happen and let things come to you.â€

Van Rooyen joins Garrick Higgo and Branden Grace as winners on the PGA Tour this season. The last time three South Africans won in the same season on the PGA Tour was in 2010 with Tim Clark, Ernie Els and Louis Oosthuizen.

â€œGarrick has got such a bright future ahead of him. Heâ€™s played exceptional golf the last two years. And Louis obviously is someone Iâ€™ve always looked up to. And I played a lot of golf with him the last year or so. Ever since my wife and I moved back to the US we live nearby each other. Louis is so good on the golf course. And the way he handles himself, his calm demeanour, his patience, itâ€™s really something I took away from him. We all know heâ€™s a fantastic ball striker, but the way he handles himself, thatâ€™s something I wanted to copy. And itâ€™s something I look up to.

â€œAnd I think as a whole we are quite motivated in general. Ernie, for me at least, was really the one that set the tone from a South African perspective. Obviously Gary Player and guys before him. But Ernie and Retief were really the eras that I look up to. And they set the tone for us and thereâ€™s so many great players coming through at the moment because of that.â€

â€œMy wifeâ€™s been my rock. Sheâ€™s been absolutely amazing. And sheâ€™s been pretty much a single parent for three of the last four weeks, ever since we had Valerie. Her parents were with her when I was playing the British Open, but Iâ€™ve been gone three out of the four weeks. So, as I mentioned earlier, this goes out to my wife, Rose, and little Valerie.â€ – PGA Tour/Sunshine Tour.