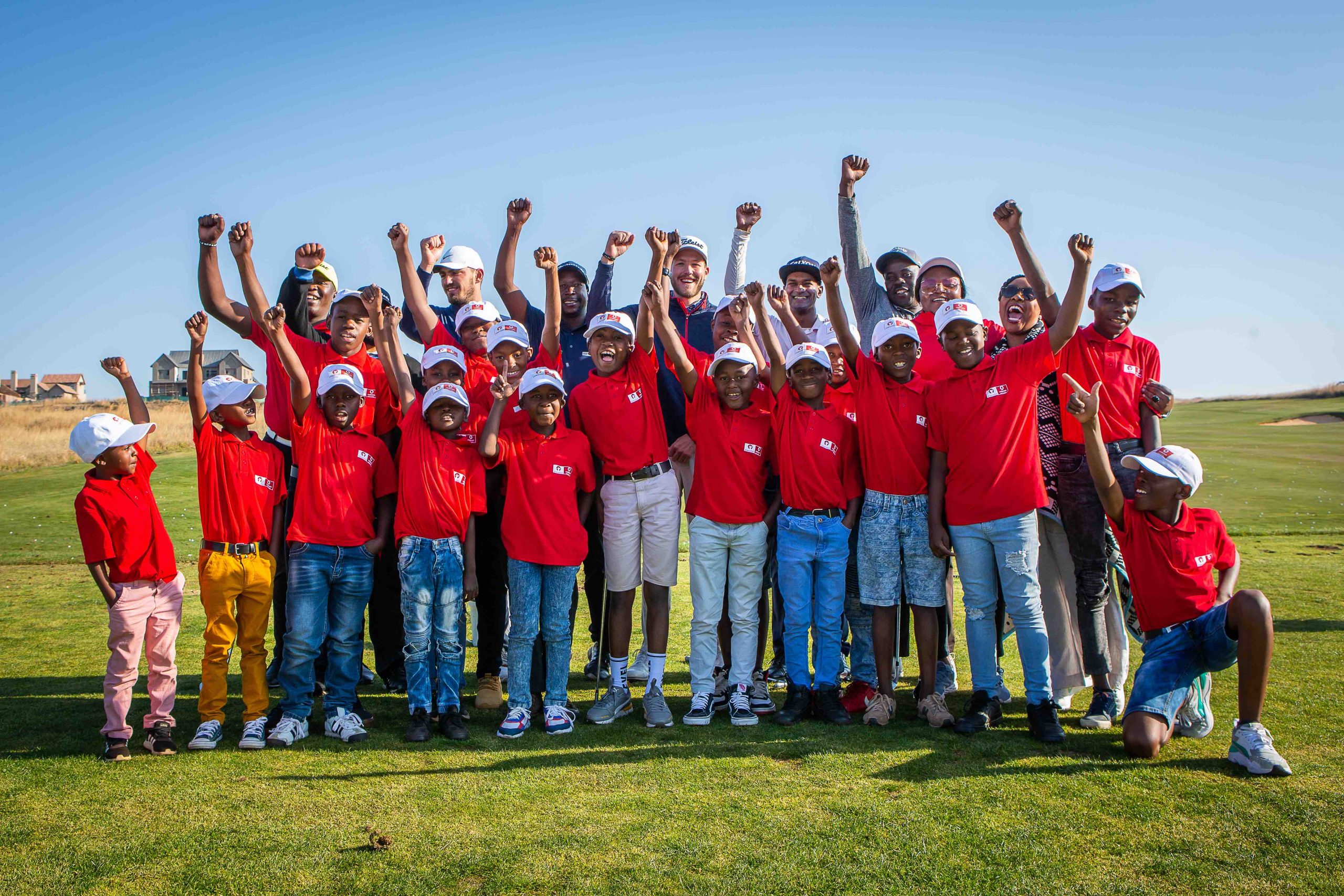 DULLSTROOM, Mpumalanga – A golf club can be a gateway to dreams, and that’s the clear message the young golfers from the South African Golf Development Board (SAGDB) were given as they took part in a development clinic with Sunshine Tour professionals at this week’s Vodacom Origins of Golf tournament at the Highland Gate Golf and Trout Estate.

It’s a message wholly endorsed by Dr Ntombi Mhangwani, the Executive Head of Department for Vodacom Business Marketing, who was there to support the 18 young golfers from the SAGDB who form part of a partnership with the Vodacom Origins of Golf series that stretches back decades in terms of its support of golf development.

“In a country like South Africa, with the levels of inequality we have, certain life experiences like golf courses are natural for some but for others it is completely foreign. If we want to nullify these inequalities then we have to reach the disadvantaged areas as well,” Mhangwani said as the young golfers, between the ages of seven and 16, from the Nelspruit, Lydenburg and Dullstroom districts were happily hitting balls on the Highland Gate driving range under the watchful eye of the Sunshine Tour professionals giving of their time to provide some coaching.

“These learners will paint their picture of life out of what they believe is possible, and this is how we can build dreams by showing them as we make golf more accessible to young people who otherwise wouldn’t have this opportunity.

“When Vodacom says it wants to inspire change by going Further Together, we mean we want to develop together. So that means building and giving back to the communities that are our consumer base.

“The only way to do that is by working in partnerships with the communities and giving their children exposure. It’s not about throwing money at the problem, but about authentic partnerships,” Mhangwani said.

Partnering with the SAGDB to show the younger generation that golf can be a pathway to success is one of Vodacom’s key vehicles for change, and the purpose and life skills golf can give to learners is something Mhangwani loves about the game.

“Golf is about a value system, training and discipline, and that can permeate into these youngsters’ schooling, their lives at home and choosing the right friends. Champions are also born out of watching other champions practice, and passing on their knowledge and skills. Exposure builds potential, and it allows these learners to dream.

“If even one person at these golf clinics looks at the game and says that they want to be part of golf, they want to do that too, then we have succeeded in giving somebody an opportunity,” she said.