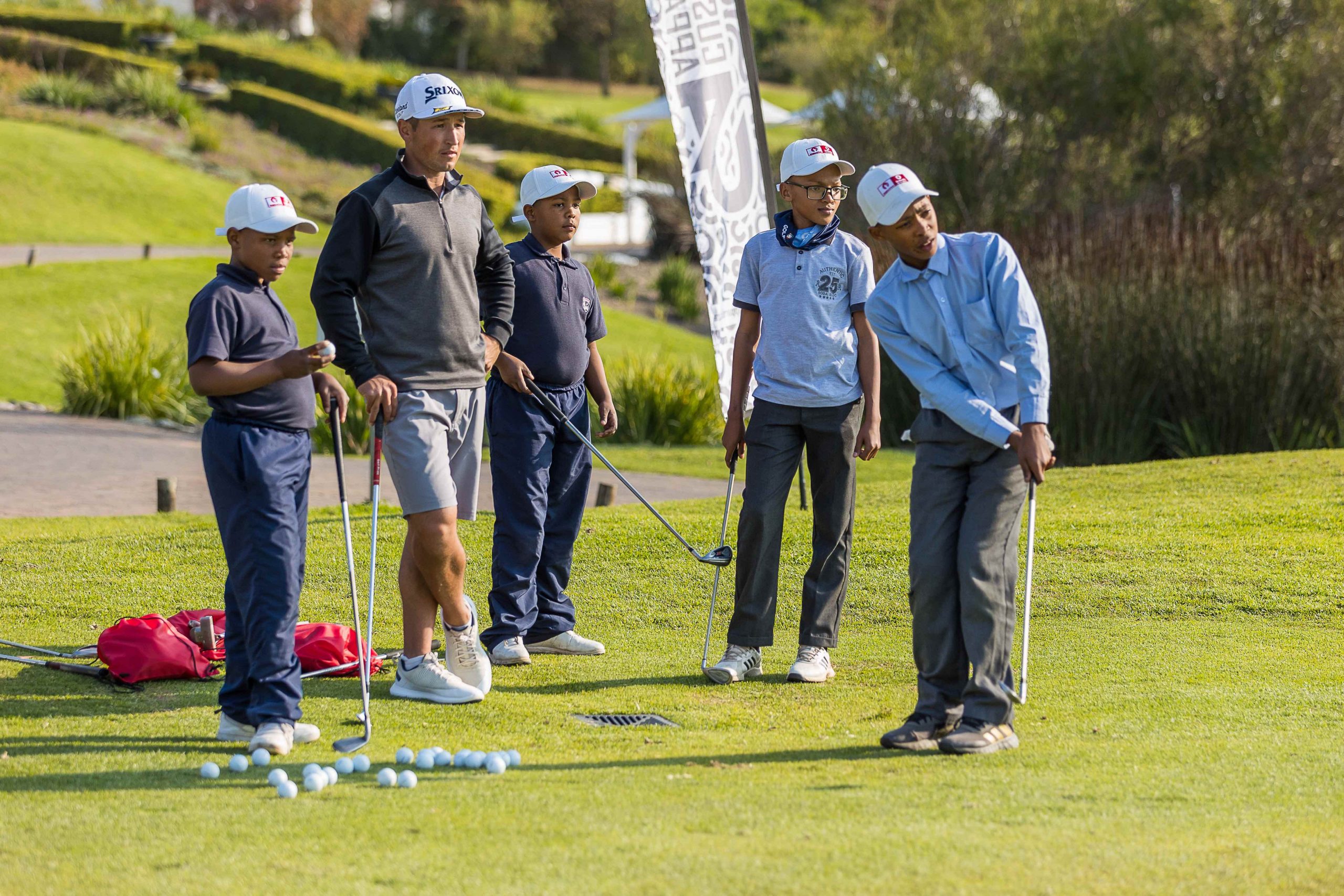 STELLENBOSCH, Western Cape (3 August 2022) – The generational success of the South African Golf Development Board (SAGDB) was nowhere more clearly demonstrated than at this week’s Vodacom Origins of Golf tournament at De Zalze Golf Club, where a golfer who years ago started with the SAGDB is now a coach in the programme and has his own son enrolled in it.

Reuben Adams stood on the driving range at De Zalze on Tuesday assisting with the Vodacom Origins of Golf clinic with the SAGDB golfers and Sunshine Tour professionals, and which included his son Sergio Japhets.

It was a sight that brought a smile to the face of Shawn Adriaanse, the SAGDB Manager for the Boland Region.

“Sergio has been playing for Boland provincial teams for a while now. His dad, Reuben, was himself an SAGDB player and was one of the players with whom we first started the programme in Riverside in Worcester, and now he’s a coach there and helping to coach SAGDB golfers,” said Adriaanse, who has seen so many success stories like this over the years.

He is also quick to point out the important role the Vodacom Origins of Golf series plays in the work of the SAGDB.

“For our SAGDB golfers to see the Sunshine Tour professionals face-to-face means a lot to them because they usually just see them on television. To receive coaching from them and learn how they play on tour is so valuable for these young golfers. Just to see how it changes or helps a kid to go in a certain direction and see how their lives are changed still moves me.”

The young golfers at the Vodacom Origins of Golf clinic came from Riverside as well as Rietenbosch Primary School in Cloetesville Stellenzicht Secondary School in Jamestown.

“We’re extremely proud as the Vodacom Origins of Golf, to support the important work of the SAGDB. The very story we had here at De Zalze with the father and his son going through the same SAGDB programme is an origins story of success all on its own. To play a small part in a journey like that is very rewarding. For us it’s about making that difference in somebody’s life and developing the opportunities of individuals,” said Carol Hall, Vodacom Managing Executive: Western Region.

“This programme is so important for us to support because the SAGDB has that focus of not just making great golfers but using golf to help these scholars improve in their schoolwork as well and to give them better opportunities through the positive impact of the game.” – Michael Vlismas