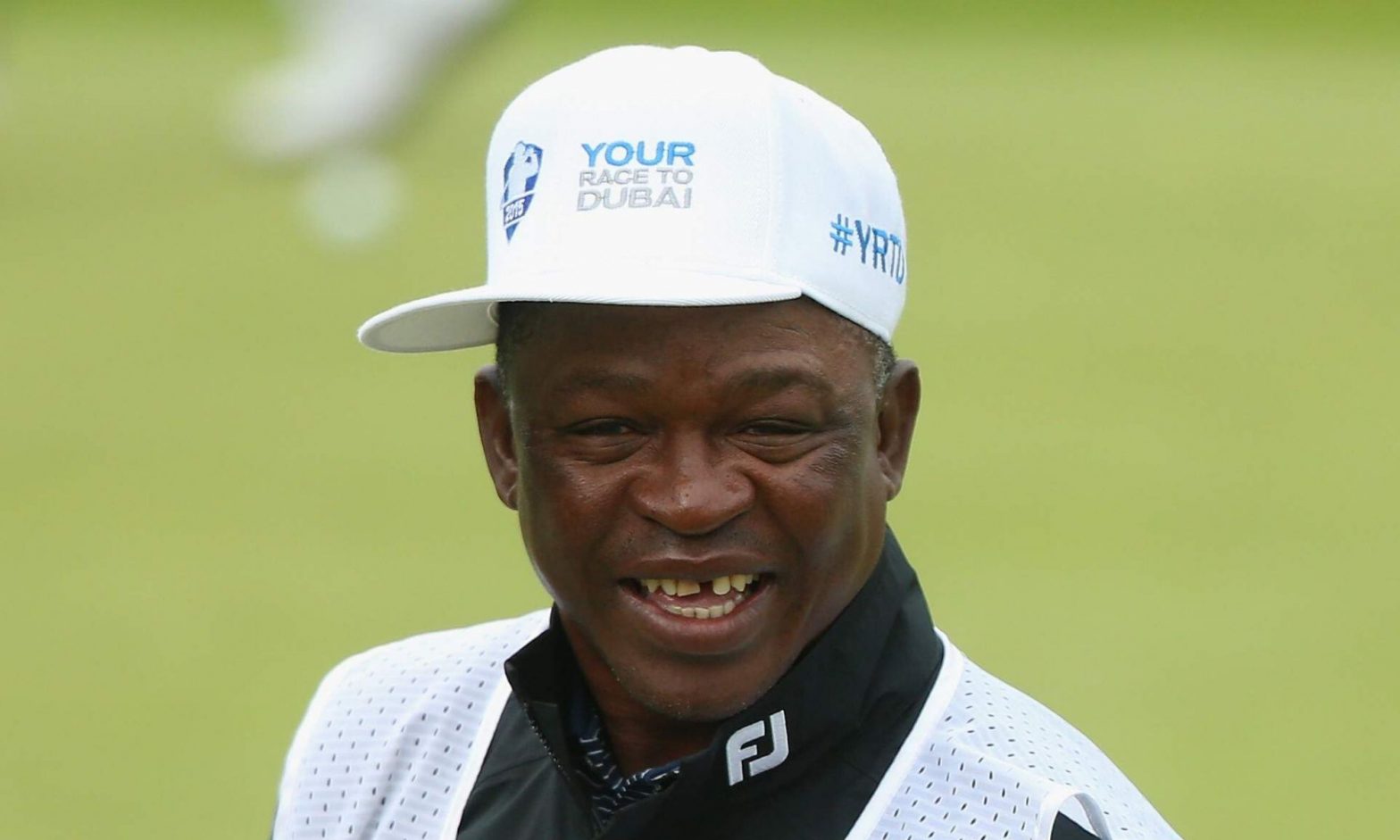 It has been such a fabric of golf for as long as the game has been played competitively, this sense of kinship that oozes, almost mystically. Cultural differences are no match for golfâ€™s ability to galvanize and while you might speak different languages, when you are surrounded by golf, translators are not necessary.

Such is why global golf is so enchanting. Why a young American can hone his game on the PGA TOUR Latinoamerica and why a 21-year-old from South Korea can fit in seamlessly in the United States. Why a golfer from the heartland of America learned to love Scottish links and why a Spaniard who discovered the magic of ball-striking with a 3-iron on his local beach grabbed our fascination while patrolling the hallowed fairways of a golf shrine a continent away.

With golf, everything is possible, and all things are comfortable. More than ever, we need to remind one another of that.

For proof, consider the inspiring story of a young American with a sense of adventure and promising golf game, Jimmy Johnson, and a young South African caddie in possession of a relentless work ethic and a desire to make a better life for himself, Zack Rasego. Their improbable friendship stretches back 40 years to when Johnson left North Texas State University (now University of North Texas) and pursued pro golf in South Africa, roughly 9,000 miles away.

Rasegoâ€™s trip wasnâ€™t quite that far, but the five miles or so from his home in Sun City, South Africa, to the Gary Player Country Club where he caddied had to be covered on foot. And quickly, of course, so after dropping off his schoolbooks, Rasego would run miles, just so he could walk miles, before running miles on his return trip.

â€œI would get three-fifty,â€ he once said, and Johnson clarified to a reporter that Rasego meant $3.50.

It has been the essence of their friendship for 40 years now, that a Texas kid with uncanny ease can shine the light on a South Africanâ€™s humility. And that a proud South African who grew up enveloped by apartheid can shower his American mentor with the highest praise afforded a friendship.

All this explains why, when the world turned upside down last month and the coronavirus pandemic led PGA TOUR officials to cancel THE PLAYERS Championship after the first round, Rasego knew where to turn. Health concerns dominated everyoneâ€™s thoughts, but sudden travel dilemmas were a close second.

Rasegoâ€™s schedule had been solidly planned thanks to the success of his player, rising South African star Christiaan Bezuidenhout. From THE PLAYERS Championship to the Valspar Championship, then the World Golf Championships-Dell Technologies Match Play, and presumably the Masters. It would be four elite tournaments in five weeks, but in a matter of hours, it all evaporated â€“ for reasons Rasego understood and agreed with, no question. Still, the rush of concerns was daunting.

Could he travel on his South African passport? Could he even get flights? Was his family safe? Where would he go until clarity surfaced? By nature, calm and focused, Rasego felt a sense of anxiety encroaching.

Fortunately, the magic of golf long ago had graced Rasego and so a familiar arm was extended to knock away fear. It was slipped over Rasegoâ€™s shoulder. Johnson had him covered.

At 22, Johnson arrived in South Africa with big dreams and a willingness to learn.

His collegiate career at North Texas had given him a chance to compete against an array of names that would become notable â€“ Hal Sutton at Centenary, Fred Couples and David Ishii at the University of Houston, Chip Beck at Georgia, Phil Blackmar at Texas, Bob Tway and Lindy Miller at Oklahoma State, Payne Stewart at Southern Methodist. Johnson played a steady diet of quality tournaments in the summer, and in 1978 at Plainfield Country Club, he lost in the third round of the U.S. Amateur match play to Bobby Clampett.

All of it offered him a measurement of his game. It needed work, yes, but the Sunshine Tour offered good competition and quality organization, and so Johnson was invested in the process. He couldnâ€™t help but notice the 15-year-old caddie who seemed intent in his duties, too.

â€œZack in that first year was working for Gary Playerâ€™s son, Wayne,â€ recalled Johnson, â€œbut you could tell he was prepared and within a few years, you knew he was just about the best caddie out there.â€

When opportunities arrived to play in European Tour events outside of South Africa, â€œI wanted the best caddie,â€ said Johnson. He chose Rasego.

Where was the connection between two young men born worlds apart? Johnson laughed and chalked it up to the magic of golf. But he added with reverence: â€œBasically, we were very good friends. We both had humble upbringings, and we knew all about tough struggles and what they were about.â€

Three times Johnson made it to the finals of the PGA TOUR Qualifying tournament, only to fall short. But with the Sunshine Tour, he had a viable option; it was a spirited era, with veterans such as Tony Johnstone and Fulton Allem and Nick Price and John Bland standing in against young kids like Ernie Els and Retief Goosen. Johnson thoroughly enjoyed his days over there.

With Rasego as his caddie and friend, there was team success to be remembered fondly. The Meyerton Open in 1989 when Johnson lost in a three-way playoff to Gary Gilchrist. And more happily, the Bastille Players Tournament in October of 1991, when Johnson shot 70-67-73 at Paarl Golf Club on the Western Cape to win.

Several years later, Johnson was at the end of his playing career when presented a premium opportunity â€“ caddie for Price. The Zimbabwean had won major championships in 1992 (PGA Championship) and â€™94 (Open Championship and a second PGA) and enjoyed a run at world No. 1 for the bulk of 1994, all while working with longtime caddie Jeff â€œSqueekyâ€ Medlen. When Medlen, suffering from leukemia, stepped aside in late 1996 (he would pass away in June of â€™97), Johnson joined Price, his onetime Sunshine Tour compatriot.

The job with Price meant Johnson would return to America. But by then, he had forged a dynamic friendship with Rasego that would remain intact even if they were continents apart. Their bond was that solid.

With global golf being a very real aspect of the professional landscape, roads traveled by Johnson and Rasego have intersected often. At World Golf Championships in Miami, Arizona, Ohio, Texas, Mexico, and China; at major championships on the great links of England and Scotland; at vaunted Augusta National; and at classic layouts used by the PGA and U.S. Open.

When he helped Louis Oosthuizen win the Claret Jug at the 2010 Open Championship, Rasego moved well to the side of the spotlight. â€œI just did my job,â€ he said that day in St. Andrews. â€œI am a caddie. Itâ€™s all Iâ€™ve wanted to be.â€

Standing even further in the shadows was Johnson, who by then was helping Steve Stricker to a brilliant stretch of golf. His work week was done, but Johnson wanted to be among the first to congratulate Rasego. It has worked the other way, too, which is how the foundations to great friendships are poured.

Their highlights have been many â€“ Johnson working for Priceâ€™s final three PGA TOUR wins, then for more than a half-dozen victories with Stricker, before joining Justin Thomas and helping to steer his meteoric rise to No. 1 and the 2017 PGA Championship, ending that magical season with the FedExCup title.

Rasego lays claim to an intriguing run of Open Championships moments â€“ winning caddie with Gary Player in the 1988 Senior Open; then in 2010 at the Old Course; and in 2017 he worked for Branden Grace when the South African posted 62 at Royal Birkdale, the lowest score in a major championship. Now, Rasego is enjoying the front-row view of the fast-moving Bezuidenhout.

On the strength of wins at the Andalucia Masters in 2019 and Dimension Data in 2020, plus a pair of seconds and two thirds, Bezuidenhout had pushed inside the Top 50 in the OWGR and his first-ever spot in the Masters was a very real possibility before the coronavirus news put a halt to the season. Bezuidenhout has since been confirmed for a spot in the rescheduled Masters in November.

Johnson gives credit to Bezuidenhoutâ€™s rise to the patient hand of Rasego. But humility being the South Africanâ€™s strong suit, Rasego points to his player. â€œHeâ€™s a good player, very calm,â€ he said.

When he was looking for work more than a year ago, Rasego was set to fly to Dubai â€œjust to get my face out there,â€ he said. â€œWhen youâ€™re not there, people forget you.â€

Maybe not, because Grant Veenstra, a former player on the Sunshine Tour who now coaches Bezuidenhout, reached out last year to ask if Rasego would work for the 25-year-old. Johnson points to that as proof that Rasegoâ€™s work is greatly respected, but the gentleman from Sun City shrugs.

â€œI believe everything happens for a reason,â€ he said. â€œIâ€™ve been very fortunate. I donâ€™t take any of this for granted.â€

That extends to the one constant in his professional career in golf the last 40 years â€“ his friendship with Johnson. Disconcerting as the situation was when tournaments were canceled and the fear of an invisible virus swept the world, â€œI can always depend on Zack and Zack knows he always has a base here (in the U.S.) when he needs it,â€ said Johnson.

â€œWhen times are tough and you need someone to lean on, I know I can count on Jimmy,â€ said Rasego.

And you know what else they each agree on? That stepping aside during this health crisis is the right thing to do, but that golf will come through it stronger than ever and galvanize people as it always has.

Itâ€™s magical in that way. Their friendship is proof.