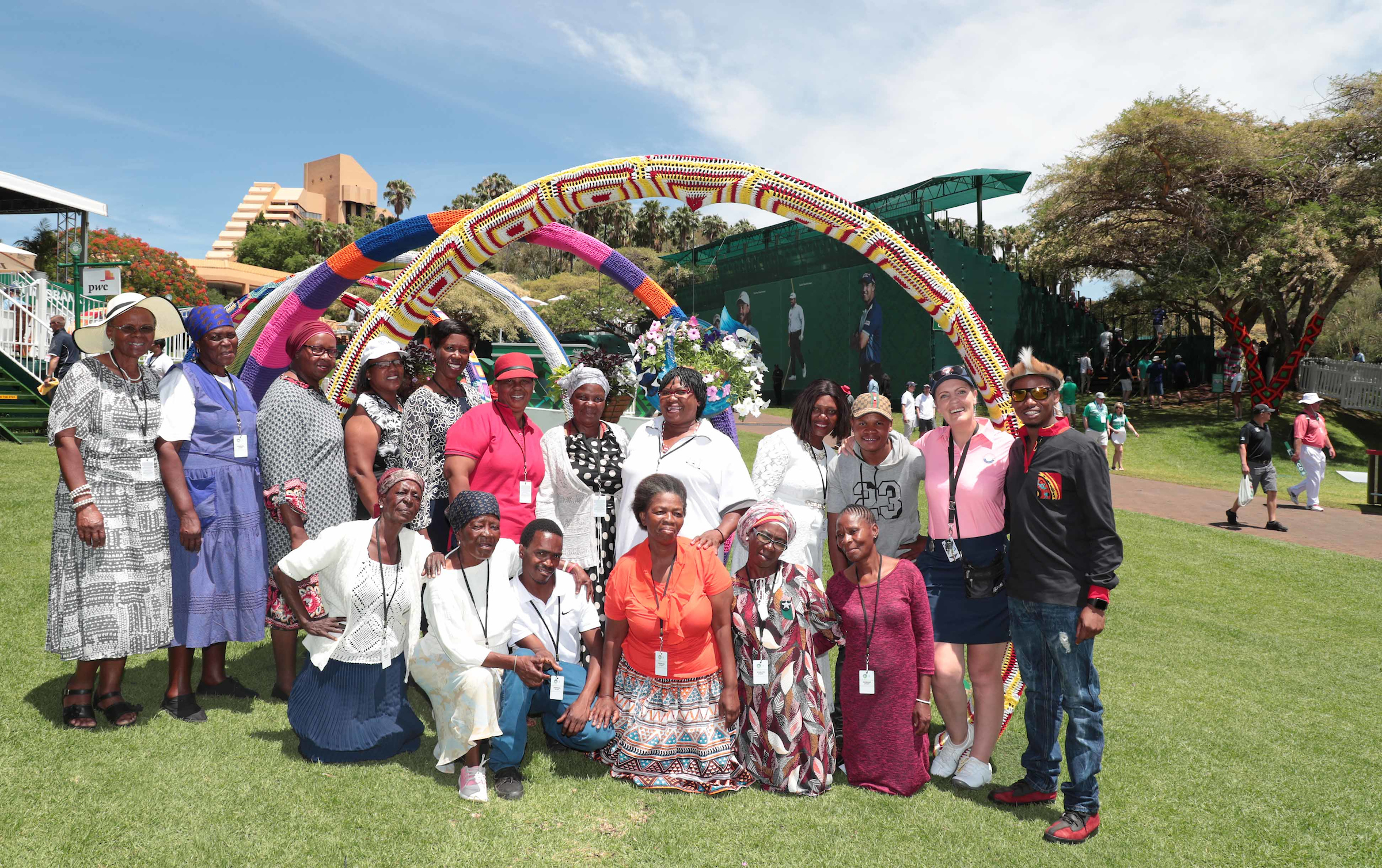 As the Nedbank Golf Challenge celebrates its 40thanniversary as “Africa’s Major” this November, it also celebrates the equally major impact the tournament has had outside the ropes as an event dedicated to sustainability and inclusivity within its local community.

From the local procurement of resources and staff to a community of grandmothers using their skills to bring a creative new element to championship golf, the Nedbank Golf Challenge has always strived to make as much of an impact outside the ropes as it has done on the fairways since its birth in 1981.

It’s a vision shared by tournament sponsor Nedbank and host Sun International, and they’ve combined to use the tournament to help raise millions for projects as diverse as The Sports Trust, the South African Golf Development Board (SAGDB), school sports facilities within the local community around Sun City, and even autism awareness.

“The Nedbank Golf Challenge has always been a great platform for South Africa to showcase our beautiful country to the rest of the world, but more importantly for Nedbank to demonstrate our brand essence of using financial expertise to do good for individuals, families, businesses and society,” says Tobie Badenhorst, Nedbank Head: Group Sponsorships and Cause Marketing.

The Sports Trust built and donated the multi-purpose sport court at Mphuphuthe Primary School in the local Ledig Village in partnership with the National Department of Sport and Recreation, Nedbank, Sun International and Bakubung Platinum Mine. The Nedbank Foundation further contributed R100 000 towards classroom renovations and technology equipment at Mphuphuthe Primary School.

Nedbank has also provided educational resources to the Tsunyane Primary School at the Lekgalong Village near Sun City.

Anthony Leeming, Chief Executive of Sun International, said: “The Nedbank Golf Challenge has had a generational impact for golf fans who remember watching the tournament when they were young and now attend it with their own children. Similarly, it’s always been our focus to ensure that it has that same generational impact in our community, and that the impact of the tournament will be seen in years to come in terms of how it has helped uplift the people around Sun City.”

Some of the standout community partnership projects include the yarn bombing initiative which employs a group of local grandmothers to knit colourful wraps for some of the trees on the golf course. A local artist was also employed to repurpose used tyres and turn them into hanging flower baskets for the tournament village.

Sun International and Sun City have in the past also teamed up with the Department of Correctional Services to renovate the local Lesetlheng Clinic in Rustenburg. The building materials were procured by Sun City, and inmates from the Mogwase Correctional Centre conducted the renovations.

Donations from the tournament have also gone to the Kwadeda Golf Project in Soweto and the building of a putting green and practice nets for the Zola community there. Sun International also sponsored a motorized golf cart for the South African Disabled Golf Association.

Even on another continent, the Nedbank South African Charity Golf Day in England helped raise R100 000 for the Retlakgona Primary School in Meriting, a community about 40 minutes outside of Sun City.

And the 2015 Nedbank Golf Challenge launched the Sun City Cares golf day, which raised R387 500 for the Els for Autism Foundation.

Further ticketing and hospitality details as well as bookings can be found at:
https://www.nedbankgolfchallenge.com/spectators/tickets/