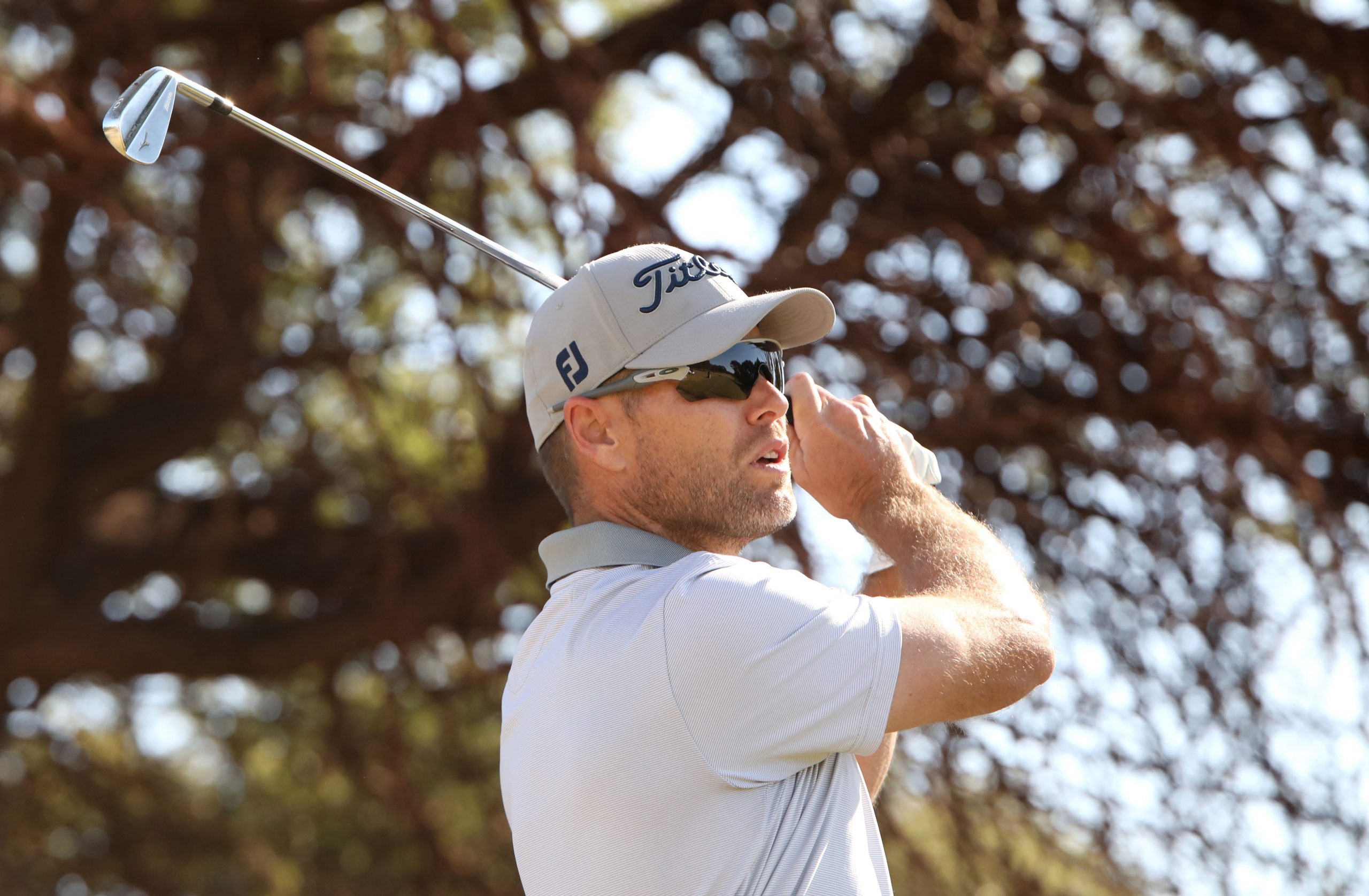 KATHU, Northern Cape – It is only in the Kalahari where the champion golfer in the Sishen Classic will win his weight in braai meat.

That’s the added incentive that will be on offer when Sunday’s final round of this Sunshine Tour event tees off with Trevor Fisher Jnr. leading by a shot over the trio of Hennie O’Kennedy, Deon Germishuys and Jaco Ahlers.

The braai meat, courtesy of Best Food Forever, will certainly be a welcome addition for Fisher Jnr. But a first Sunshine Tour victory since 2014 will be of far greater value to him. Such is his singular determination to end this win drought that after his third-round 70 in windy conditions at the Sishen Golf and Country Club on Saturday to lead on 10 under par, Fisher Jnr. didn’t even want to speak about his position for fear of losing focus.

But while Fisher Jnr. is looking to finally chalk up Sunshine Tour victory number 10 on Sunday, in the trio behind him are two golfers who are pushing hard for their maiden titles on the Tour in O’Kennedy and Germishuys.

O’Kennedy defied the tricky conditions with a third round of 67 that included a run of five consecutive birdies on the back nine. He’s been building to this moment with a strong start to the new season that has included finishes of fourth in the Lombard Insurance Classic and ninth in the FBC Zimbabwe Open.

“I’m very pleased to have put myself in a good position. I had a feeling that if the conditions got a little tougher like they did, then the leaders would come to you and you just needed to play good golf to get closer to them as well,” said O’Kennedy.

“The five consecutive birdies were just wonderful. I actually hit the ball better on the front nine but couldn’t make any putts. But it’s got me in a great position. All of these guys out here play great golf week in and week out, and we still have 18 holes left so there is a lot to do.”

O’Kennedy certainly enjoys this golf course and finished seventh here in the 2021 Vodacom Origins of Golf. And it’s actually his previous experience of falling just short of winning that motivates him.

“That has just made me a better golfer because I never want that to ever happen to me again, so it made me work even harder.”

Germishuys will be equally determined to break through after a number of top finishes, most notably his tied fifth finish in the 2021/22 season-ending Tour Championship.