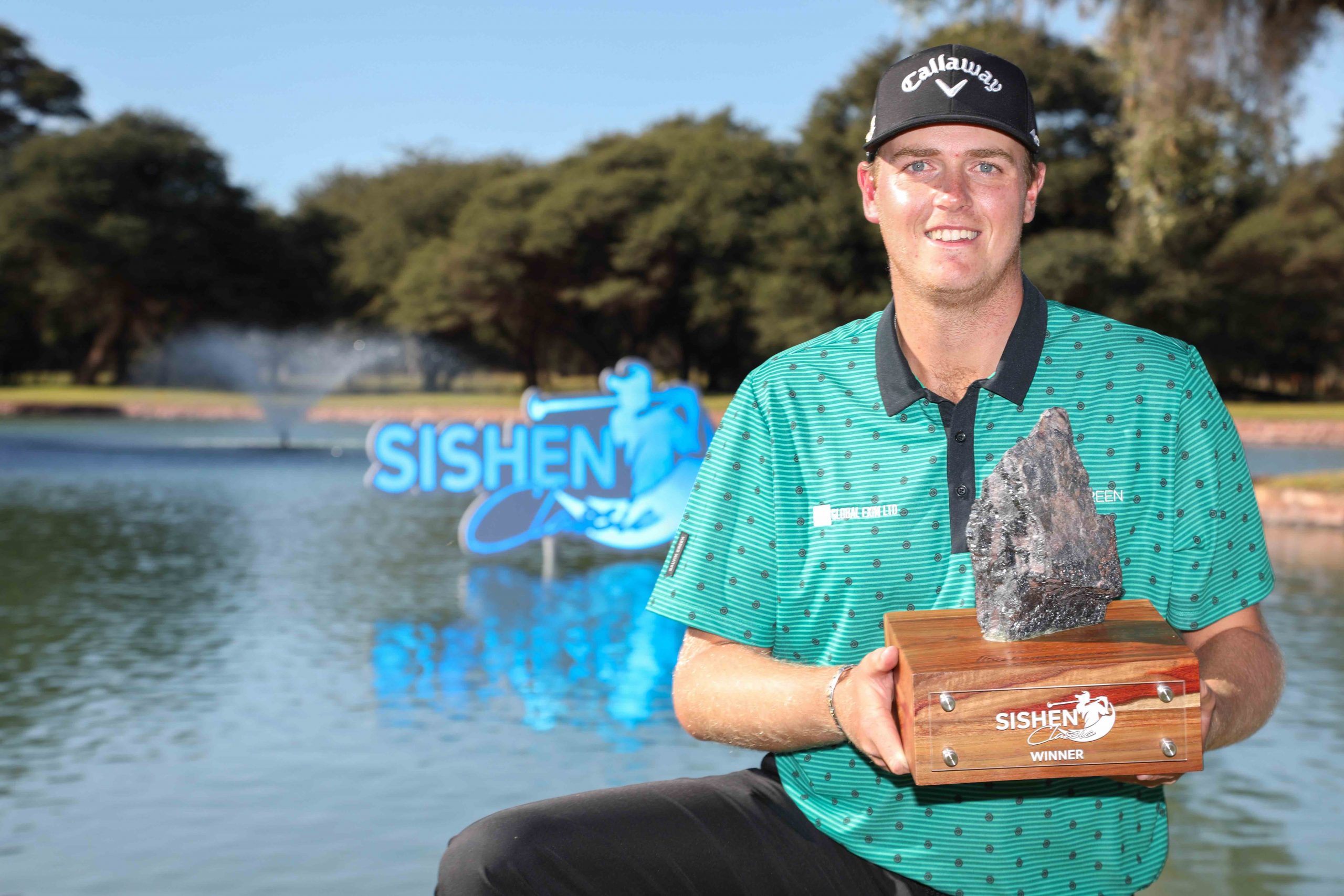 KATHU, Northern Cape – Deon Germishuys has given everything on a journey that led to him winning his maiden Sunshine Tour title in the Sishen Classic at the Sishen Golf and Country Club on Sunday. And this week, he even sacrificed his car.

The 23-year-old was in a class of his own in Sunday’s final round as he produced some of the finest ball-striking under pressure to close with a 64 and win by six shots on 17 under par. Louis de Jager took second place on 11 under with a final round of 67.

The victory by Germishuys makes it a hat-trick of first-time winners on the Sunshine Tour in the first three tournaments of the new season after the victories of Herman Loubser and Albert Venter.

“It’s an emotional first win for me because I’ve worked so hard for everyone who has supported me. I’m really glad that I got it over the line,” said Germishuys, who had to break his car window on the Saturday morning of this tournament just to get his clubs out after losings his car keys.

“I lost my car keys on Friday, so on Saturday morning I had to break my car window to get my clubs. I’m leaving my car here and driving back with a friend because I’m flying to Prague on Monday evening for a tournament, so my fiancé will come and collect my car for me,” said Germishuys.

The young star has come close to breaking through on the Sunshine Tour on several occasions, and he used those experiences in the final round.

“I had nothing to lose. I’ve been in contention a couple of times and I kind of knew what to do. I thought if I could just go three under or four under I would be happy. And I managed to go eight under. When I could attack the flags I did so, and when I had to go for the middle of the green I did that too, and luckily I holed a couple of big putts.”

The biggest of those was a monstrous 75-footer on the 16thgreen for birdie.

“I don’t think I’ve hit the ball as well as I have under this kind of pressure. We pitched the ball on every single spot on the green where my caddie Rasta and I wanted to.”

Apart from a unique iron ore trophy from Anglo American and Kumba Iron Ore, Germishuys also won his weight in braai meat from one of the local sponsors, Best Food Forever. Asked during the prizegiving presentation how much he weighs, Germishuys responded, “If it’s for the braai meat, then I weigh 200 kilograms.” – Michael Vlismas