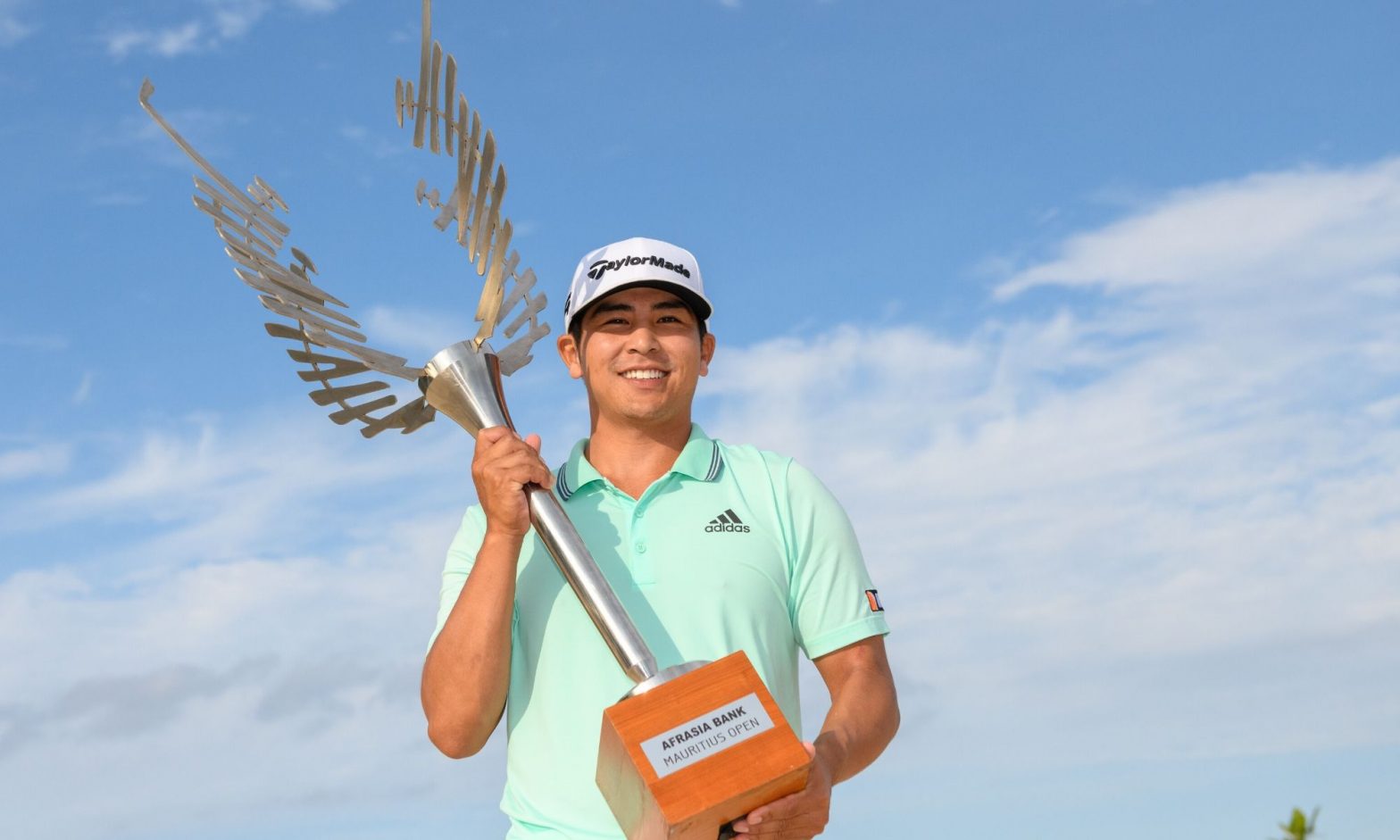 The Sunshine Tour returns to the magnificent Heritage Golf and Wellness resorts in the Indian Ocean island of Mauritius for yet another instalment of the AfrAsia Bank Mauritius Open which tees off from the 5th to the 8th of December.

In its fifth edition this year, the ABMO is guaranteed to have a new champion as the American Kurt Kitayama who won it last year for his maiden and only Sunshine Tour victory, is not in the field to defend.

Tri-sanctioned by the Sunshine Tour, the European Tour and the Asian Tour, the ABMO is the biggest golf tournament on the Indian Ocean island of Mauritius and boasts a purse of 1 million euros.

156 professionals from the Sunshine Tour, European Tour and Asian Tour

Located in the southern part of Mauritius, the course is set on an idyllic piece of land between rolling mountains and the turquoise lagoon of the Indian Ocean. Accompanied by beautiful vistas from every green and tee, it is one of the most spectacular golf courses in Mauritius. The Heritage Golf Club offers a truly exceptional and enjoyable experience of golf in Mauritius for golfers of all skill levels.

Established in 2004, this tropical golf complex was designed by the legendary Peter Matkovich and represents a gem amongst Mauritius golf courses. It boasts an 18-hole championship course, a 9-hole Par 3 course, exceptional practice facilities, golf academy, clubhouse, restaurant, and a golf shop. The complex offers five teeing options on each hole, making it the ideal golf resort for golfers of all levels.

The Sunshine Tour order of merit leader, Daniel van Tonder, has missed just two cuts in his last 13 events and boasts three top 10s in his last three starts. Van Tonder came third at the Sibaya Challenge, eighth at the Vodacom origins Final and last week at the Alfred Dunhill Championship, he came sixth to rubberstamp a successful season in which he claimed victory at the first tournament of the season, the Mopan Redpath Zambia Open in April.

A three-time winner on Tour, Van Tonder has proven himself a solid competitor with a knack to produce the goods and this week, and in a tri-sanctioned event, he will want to prove himself on the biggest stage. And, having won two of his three titles on Tour outside of the South African borders, Van Tonder will fancy his chances against this strong field here this week.

Justin Harding will want to bookend what has been a really good year for him in Europe where he won his first-ever title on that tour earlier this year at the Commercial Bank Qatar Masters. He birdied three of his last four holes to post a closing 66 and secure his first European Tour title in his 54th appearance. It was his fifth worldwide win in 12 months after securing two Asian Tour victories and two Sunshine Tour triumphs in July 2018 and May 2018, respectively.

Last week at Leopard Creek, Harding earned a hard-fought share of seventh place, five shots behind eventual winner, Pablo Larrazabal of Spain after posting a total of three-under-par for that tournament.

While a win here will solidify what was a breakthrough season for Harding abroad, it will mark another great start to the new European Tour season by the Stellenbosch Golf Club member.

While his skill and abilities can not be questioned, given that Martin Rohwer has proven himself a competitor to be looked out for, it would be something of a big deal if the Kloof Country Club player were to win here this week.

Like Harding in Europe, this season on the Sunshine Tour has been a breakthrough season for the 26-year old. He claimed the Investec Royal Swazi Challenge for his maiden win and boasts three top 20s and a third-place finish which he earned at the Vodacom Origins of Golf final at Simola.

He gave a good account of himself at the Alfred Dunhill Championship at Leopard Creek, opening with a round of 69 in testing conditions in Malelane. That round was followed by a 75, a decent score considering the test that Leopard Creek offered but third and fourth rounds of 76 and 78, respectively, meant that he finished 10-over-par for that tournament.

Regardless of that, however, Rohwer has grown to be a competitor to be respected since joining the Tour via Qualifying School in 2017. A win here isnâ€™t too far-fetched an idea for Rohwer and will only serve to affirm that indeed, greatness does begin here.