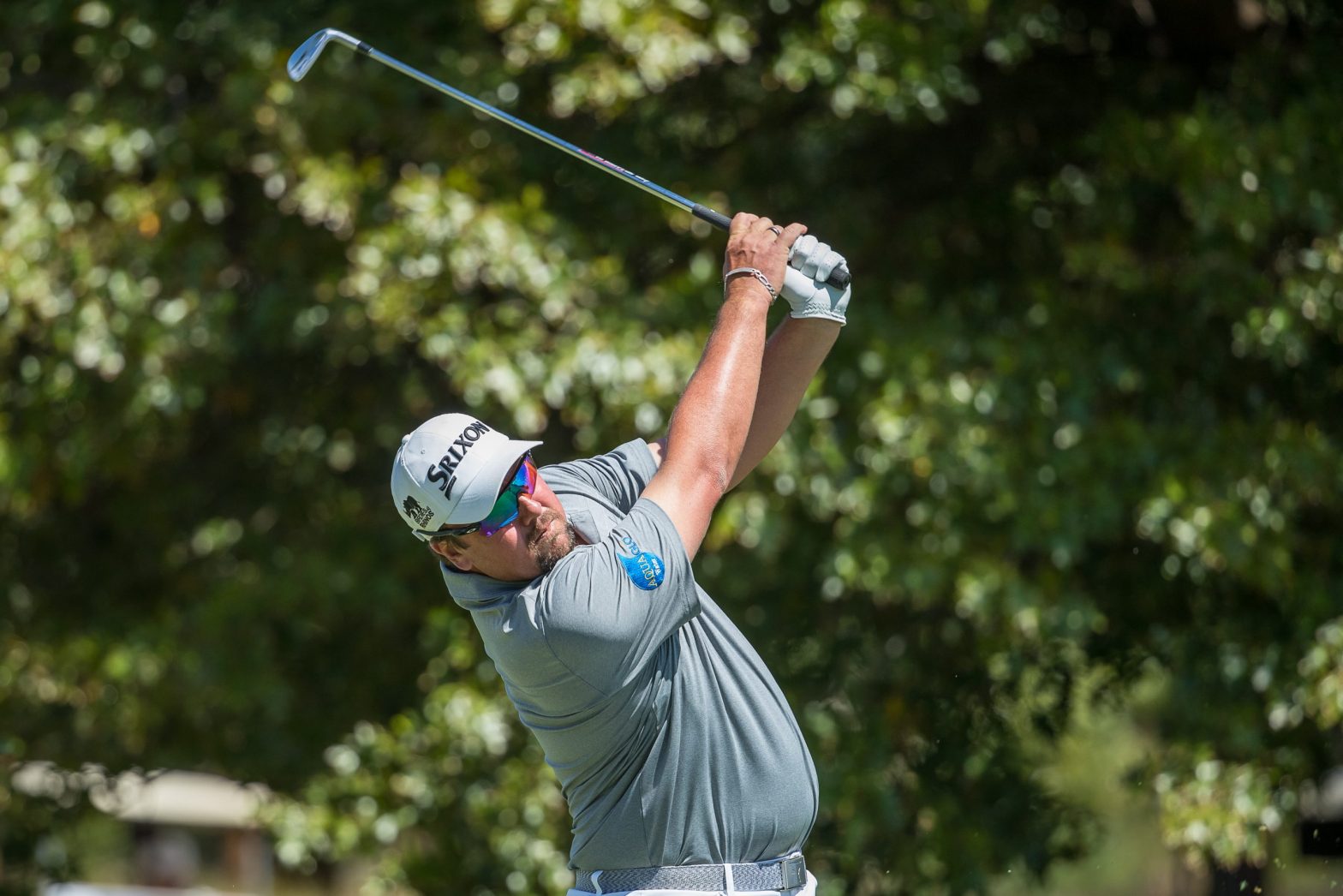 The tougher test of a Serengeti Jack Nicklaus Signature Design Championship course armed with a stiff breeze suited Jaco Ahlers as he played his into a one-stroke lead going into Sundayâ€™s final round of the Sunshine Tourâ€™s Serengeti Pro-Am Invitational.

Ahlers signed for a four-under-par 68 on Saturday to move to 12 under par in this five-round tournament. He is one stroke clear of the group of Lyle Rowe (67), Riekus Nortje (70) and Jaco Prinsloo (71).

Ahlers says heâ€™s enjoyed the challenge that Serengeti has presented this week, especially after the most recent tournaments where the cuts were well under par.

â€œThis is a tougher golf course and with the wind today it was an even tougher test, and I like that. I play better in tougher conditions. Iâ€™ve always felt very comfortable on this course,â€ said Ahlers, who is hunting his 10th victory on the Sunshine Tour.

â€œItâ€™s been a while since Iâ€™ve been in this position. Over the last few weeks Iâ€™ve played nicely but just couldnâ€™t get the putter going. I missed two of the last three cuts, but only by one shot each. It was nice to finally see a few putts drop this week.

â€œThe goal on this golf course is to try and minimise mistakes, especially with the flag positions on these greens. You can very easily short-side yourself with your approaches if youâ€™re not careful.â€

Apart from his aspirations on the Sunshine Tour, Ahlers is also sitting with a newly-minted Asian Tour card in his pocket, and which he cannot wait to use. He qualified for his Asian Tour privileges shortly before lockdown last year, and played one tournament over there before the Tour was suspended as a result of the Coronavirus pandemic. It hasnâ€™t resumed since.

â€œIâ€™m looking forward to getting out there as soon as they start playing again. Iâ€™m also into The Open this year, but weâ€™re also waiting to hear whether thatâ€™s going ahead. So for now the focus is just here on the Sunshine Tour.â€

And itâ€™s as good a place as any to keep his game sharp.

â€œIt feels like the young guys out there and just making birdies from everywhere. We have a lot of youngsters on our Tour who are all really good golfers. The up-and-coming talent in South Africa is just unbelievable. The standard has really gone up, and itâ€™s good for our Tour.â€ â€“ Michael Vlismas