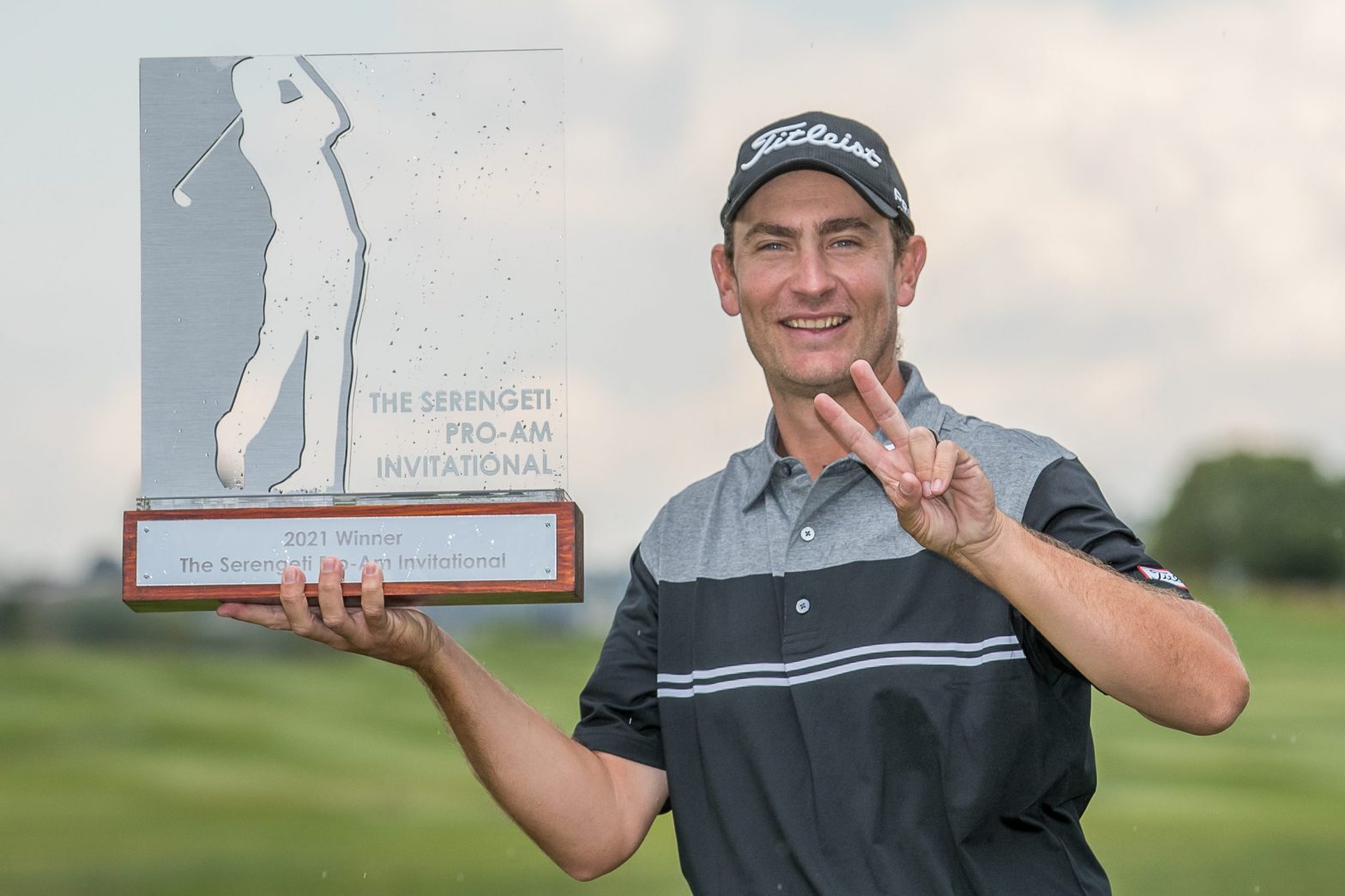 Prinsloo finished the five-round tournament on 15 under par 327 with a closing 68, giving him a two-stroke victory over Jaco Ahlers who closed with a 71.

MJ Viljoen and Neil Schietekat shared third place on 11 under par with respective final rounds of 70 and 67.

This was Prinslooâ€™s third individual career title on the Sunshine Tour, but more significantly his second in his last three tournaments following his win in The Players Championship hosted at Dainfern Golf Estate.

â€œI donâ€™t know what to say. Iâ€™m very pleased to have done so well these last few weeks,â€ he said.

â€œI started the tournament really well and then kind of just clawed my way up the leaderboard from there, and luckily today I managed to shoot four under and it was good enough to win by two shots.â€

Prinsloo has been in the best form of his career thanks to a decision before these past four tournaments to revert to his more natural game rather than the swing changes heâ€™d been working on. Although he admits the work heâ€™s been doing on his swing has not been entirely in vain and has played a part in his recent success.

He is now top of the Sunshine Tour Order of Merit and over R200Â 000 ahead of his nearest challenger in Schietekat.

â€œItâ€™s kind of hard to grasp, really. I mean, you always hope something like this will happen. This is what we all play for and practise for. Thatâ€™s why you hit golf balls every day of your life, and I feel like Iâ€™m reaching my true potential at the moment.â€

The pro-am was won by the team of Fairway Ninjas comprising Riekus Nortje, Ruan Korb, Jacques Nel and Dries van Schalkwyk on 51 under par.

The Sunshine Tour now takes a brief break before a run of three tournaments that will be co-sanctioned with the European Challenge Tour, starting with the Limpopo Championship from 22-25 April at Euphoria Golf and Lifestyle Estate, and followed by the Cape Town Open from 29 April to 2 May at the Royal Cape Golf Club and then the Dimension Data Pro-Am at Fancourt from 6-9 May. â€“ Michael Vlismas