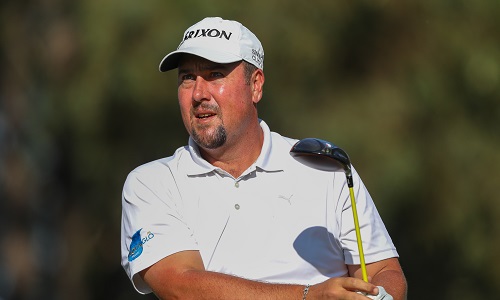 With five events left in the Sunshine Tourâ€™s 2019-20 season, the race for the Sid Brews Trophy for the winner of the Order of Merit is starting to look increasingly like a straight fight between Jaco Ahlers and Daniel van Tonder.

Van Tonder has been in this position before, surrendering the 2014 title to Thomas Aiken in the last tournament of that season, the South African Open Championship. Ahlersâ€™ best finish came in the 2017-18 season when he finished in ninth spot, with Van Tonder just behind him in 12th.

With this weekâ€™s Gauteng Team championship hosted by Dainfern not contributing massively for the Order of Merit, and three of the top five on the list not likely to fulfil their obligations to qualify for ranking â€“ Branden Grace, Louis Oosthuizen and Charl Schwartzel â€“ the Limpopo Championship, the Cape Town Open and the Dimension Data Pro-Am become important ahead of the Tour Championship on February 20.

Additionally, he has two titles to his credit this season as compared to the season-opener of the Mopani Redpath Zambia Open which Van Tonder took back at the end of last March. Ahlersâ€™ titles came in the Kingâ€™s Cup in Swaziland in September, and the Vodacom Origins of Golf event at Selborne a month later.

Van Tonder will look to the experience of his second Sunshine Tour victory â€“ the Vodacom Origins of Golf event at Euphoria in 2014 â€“ to bolster his chances in the Limpopo Championship which takes place on the same course.

Both the Limpopo Championship and the Cape Town Open â€“ where Ahlers is a former champion â€“ have prize-funds of R3.5-million, which makes them equally important in the quest for top spot. The Dimension Data Pro-Am has R6.3-million up for grabs (some of it, of course for the pro-am section of the tournament), which gives it great significance to both players.

The season-ending Tour Championship has R1.5-million in prize money, and the battle could come down to which of the two does better in that.

Of course, there are players other than Ahlers and Van Tonder in the hunt too. Thriston Lawrence and JC Ritchie, in particular, are within striking distance, and a winning performance from either of them in any of the tournaments will greatly enhance their chances â€“ especially if the leaders somehow contrive to perform poorly.