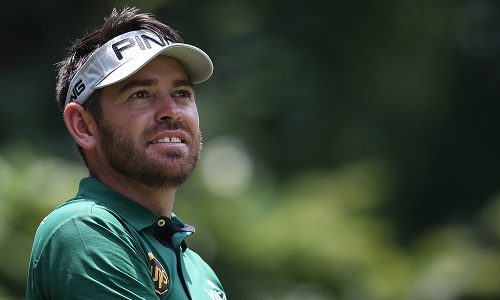 Louis Oosthuizen is continuing a march back towards a spot in the worldâ€™s top 10 in the Official World Golf Ranking after his fifth-place finish in last weekâ€™s Abu Dhabi HSBC Championship.

His runner-up finish in the South African Open Championship the week before started a rise from his year-opening position of 20th to his current 14th spot. He jumped four places with his performance in the European Tourâ€™s first Rolex Series tournament of the 2020 season, an achievement aided by the presence of world number one Brooks Koepka, amongst others, which boosted the number of points awarded.

He was one of four players inside the worldâ€™s top 20 who climbed in the rankings: Tiger Woods rose from seventh to sixth without lifting a club, while Justin Rose (ninth to eighth) and Matt Kuchar (24th to 20th) parlayed their runner-up and titleist finishes respectively in the SMBC Singapore Open into improvements on the rankings.

Erik van Rooyen remains the only other South African inside the top 50, with his share pf 12th in Abu Dhabi pushing him up to 46th from 48th as he cemented his place this year amongst the worldâ€™s elite golfers.

Significantly, Shaun Norris made a big push towards receiving a coveted invitation to the Masters as he turned an opening round of 64 and a closing round of 65 in Abu Dhabi into a share of sixth. His world ranking this week climbed to 54th, and, another good performance on the European Tour this week in the Omega Dubai Desert Classic could see him on the verge of a debut trip up Magnolia Lane.

Branden Grace also continued his climb back up the rankings, with his share of 17th in Abu Dhabi pushing him up to 70th after he started the year in 127th.

The big South African climber of the week was Darren Fichardt, newly-crowned champion of the Eye of Africa PGA Championship after his play-off victory over Jacques Kruyswijk. The veteran Fichardt, who endured a tough year on the European Tour in 2019, rose from 409th in the rankings to 254th.

That is still only good enough to make him the 17th-best South African of the 20 local players who appear inside the worldâ€™s top 300.

Justin Harding (81st) and Christiaan Bezuidenhout join Oosthuizen, Van Rooyen, Norris and Grace to make up the six South Africans inside the worldâ€™s top 100. Dylan Frittelli could use a good performance in this weekâ€™s Farmers Insurance Open on the PGA Tour to lift him inside that mark again from his current 107th spot.