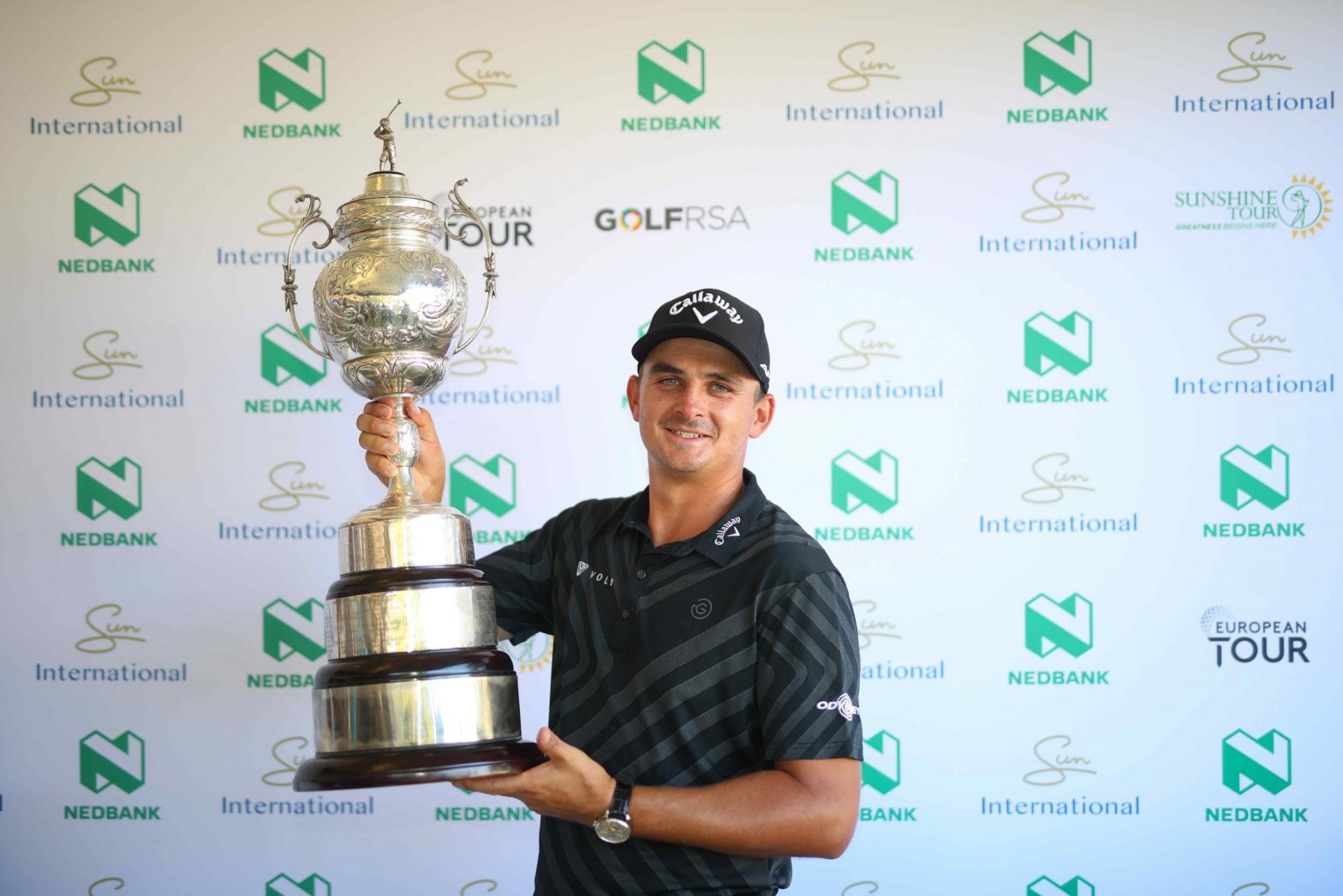 Christiaan Bezuidenhout added his name to the greats of South African golf as he claimed a five-shot victory in the South African Open at the Gary Player Country Club on Sunday.

Bezuidenhout signed for a final round of 69 to win on 18 under par, with Jamie Donaldson taking second place on 13 under par after also closing with a 69. Dylan Frittelli was third on 11 under with his final round of 71.

â€œIt feels amazing. It wasnâ€™t easy out there and the first nine didnâ€™t go my way, but I hung in there. To stand here as the SA Open champion is unbelievable. This is massive for me. Itâ€™s always been a dream and I wasnâ€™t sure when, or if, I would achieve it,â€ said Bezuidenhout.

Bezuidenhout was never really under any pressure on the final day. He took a five-stroke lead into the final round, and even when Jamie Donaldson made an early charge with two birdies in his first three holes to cut that lead to three Bezuidenhoutâ€™s composure never wavered.

He parred his way through the opening seven holes, and then suffered his first bogey when he hit his approach on the eighth into the water. But a run of three birdies from the 10th hole was the final push he needed.

â€œWhen you go into the final round with a five-shot lead you are expecting to win it, so I did put a bit of pressure on myself. When things didnâ€™t go my way on the front nine my caddie just kept me calm, and we did a great job coming in.â€

South African Casey Jarvis claimed the Freddie Tait trophy as the leading amateur, finishing tied 25th on one under par with rounds of 73, 74, 71 and 69.