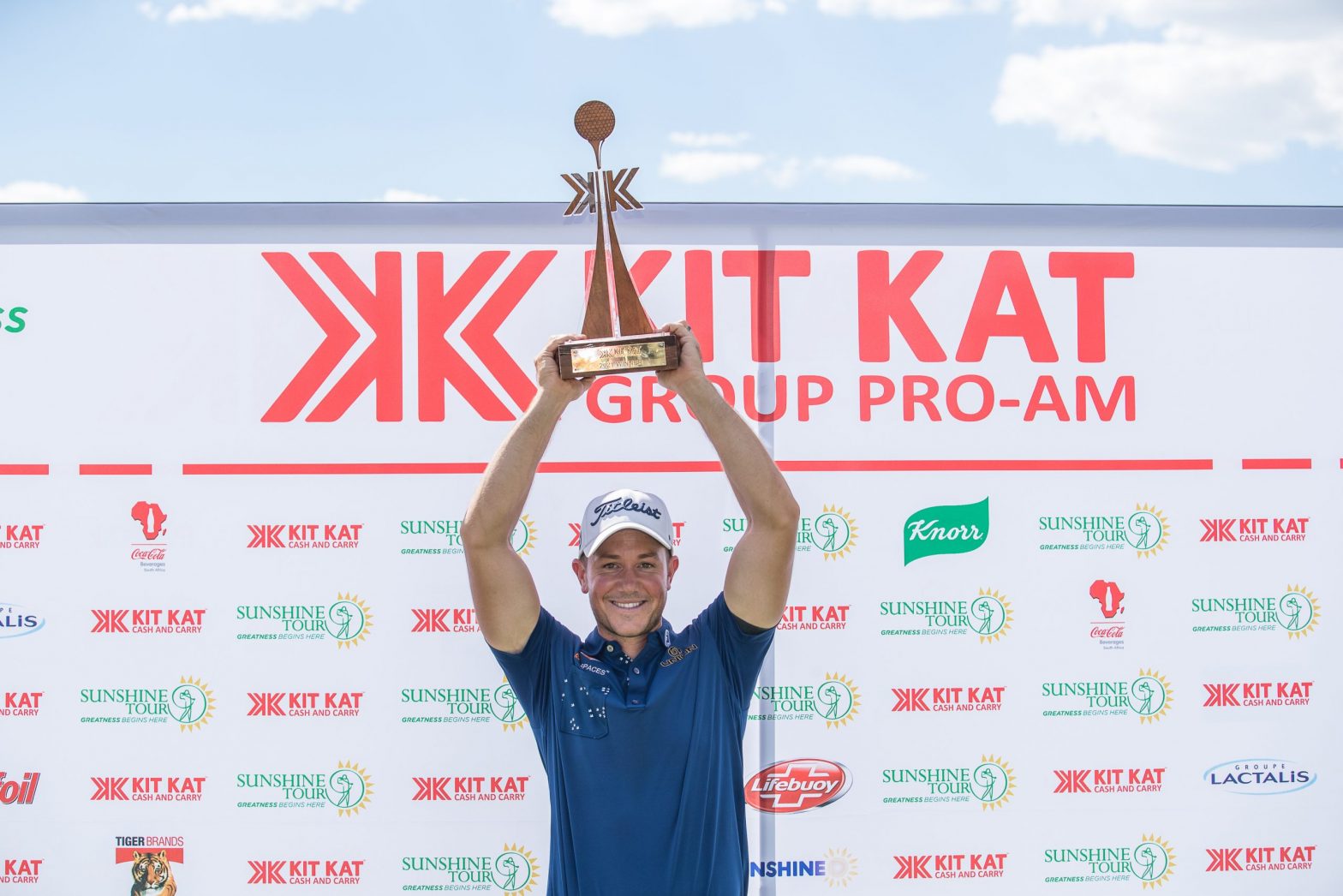 It was around 13:30 on Sunday afternoon when Rhys Enochâ€™s wife, Lynn, sent him a text saying she was sorry but she couldnâ€™t keep her eyes open and was going to have a Sunday nap, and that she hopes he finishes strong in the final round of the Kit Kat Group Pro-Am. He did. He went out and won.

Enoch birdied his final three holes â€“ including a chip-in birdie from the bunker on 17 â€“ Â on the East Course to close with a 67 and win by one stroke on 12 under par.

South Africaâ€™s Dean Burmester had already finished in the clubhouse on 11 under par with a 66, but Enoch had to endure watching Jake Redman stand over a roughly two-metre birdie putt on the last to force a playoff. Redman missed the putt to sign for a 72 and share second with Burmester.

â€œI fully expected Jake to make that putt. Iâ€™m sad for him that he missed, but obviously Iâ€™m delighted I came out on top,â€ said Enoch, who added to his 2018 Cape Town Open triumph on the Sunshine Tour.

â€œIâ€™m over the moon. I really didnâ€™t think I was that close to the lead. When we came up 18 with the leaderboard there, my caddie said to me, â€˜Donâ€™t look left. Just focus on your puttâ€™. So I did and made the putt for birdie on 18. Then Jake unfortunately missed his and Iâ€™d won.â€

With a fast start by the likes of Luke Brown and Redman, Enoch admits he didnâ€™t think he was in the running for the title early in the final round.

â€œThey all shot off to -14 and I was around -8 or -9, and I thought it might have slipped from me. Then I got to 15 and saw I was only two behind. But then I three-putted for bogey to be three behind with three to play. An then came those three birdies. This game is crazy and winning is not easy, but I managed to get over the line today.â€

And one of the first things he did was text his delighted wife back, with a photo of him and the trophy.

â€œThis win is extremely satisfying. You know, itâ€™s been really tough with this pandemic. Itâ€™s been wonderful to be at home and spend time with my wife and my son Carter. But at the same time itâ€™s been stressful with my golf. Itâ€™s just feels great to win. This is like a confirmation of the hard work paying off. And to be able to win on a quality golf course like this makes it even sweeter.â€ – Michael Vlismas