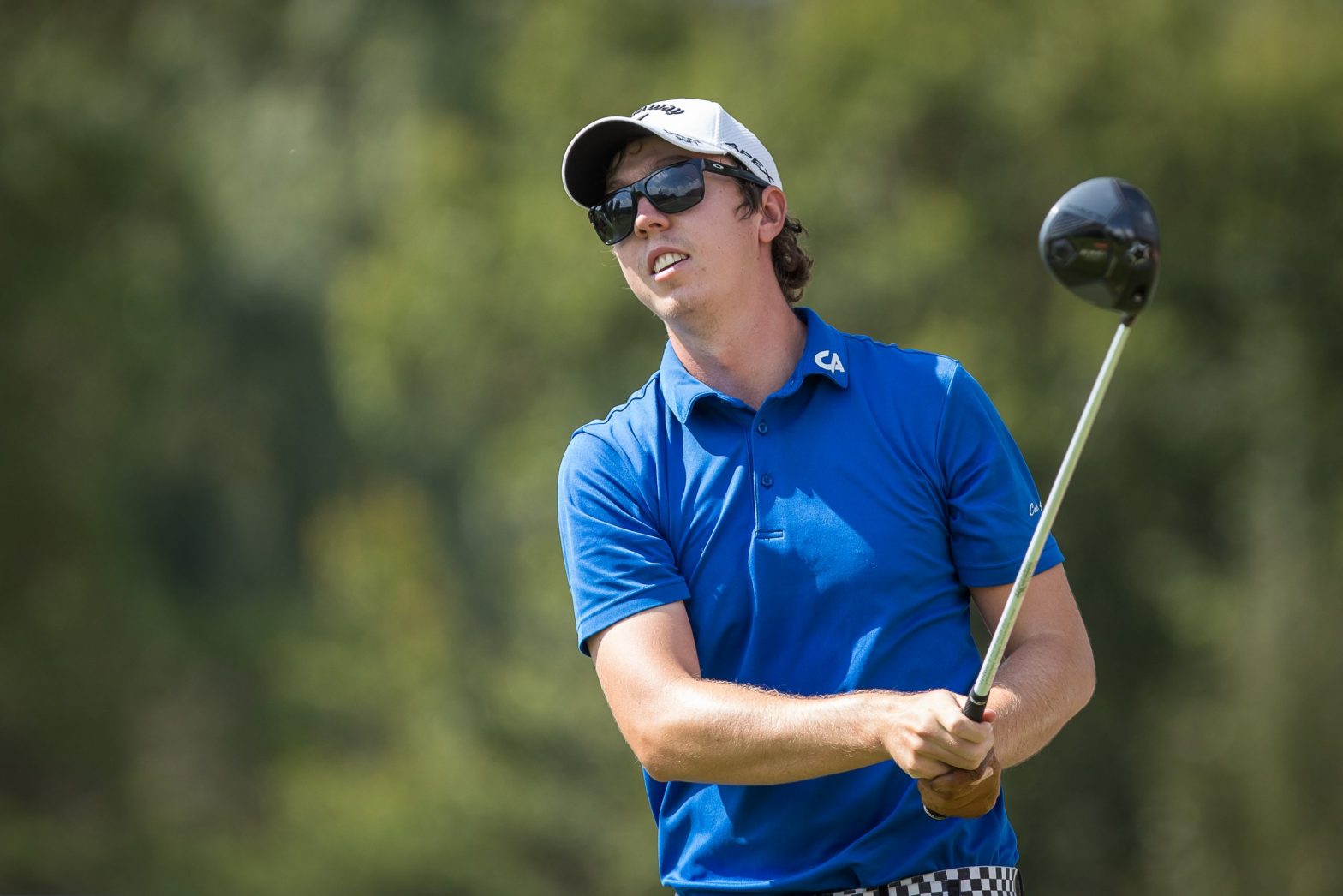 Storm clouds forced the suspension of the second round of the Sunshine Tourâ€™s Kit Kat Group Pro-Am on Saturday, but not before Johannesburg professional Luke Brown was able to find the silver lining.

Dangerous weather at Royal Johannesburg and Kensington Golf Club forced a suspension of play at 16:10, and the round will have to be completed on Sunday morning before the start of the final round.

But Brown was able to make it into the clubhouse with a sublime seven-under-par 65 that carried him to the top of the leaderboard on 10 under par, and which has him chasing his maiden victory on the Sunshine Tour. Jake Redman is currently tied for the lead on 10 under with three holes of his second round to complete.

â€œYouâ€™re always pleased with a round of seven under, but on this course and with the conditions as gusty as they were today, Iâ€™m super pleased,â€ said Brown, a two-time winner on the Big Easy IGT Challenge Tour who is now looking to make the step up at Sunshine Tour level.

He started his round with an eagle on the par-five first hole, then built on that with four birdies in six holes from the fifth. His only bogey of the round came on the fearsome par-four 11th, but he made up for that by chipping in for birdie on the 16th â€“ following his playing partner Mitchell who did the same just moments earlier â€“ and then finishing with a birdie on 18.

â€œMy wedge play was very good today. I hit so many wedges to inside of two metres. The bogey on 11 didnâ€™t bother me too much because that is just such a tough hole, and the flag was in a very difficult position. Overall I was pleased to have played the par fives a bit better than I did in the first round, stating with the eagle on the first.â€

Itâ€™s a busy leaderboard around Brown, but heâ€™s doing his best to keep focused on the only thing he can control.

â€œIn the end itâ€™s still just you and the golf course. Sure, itâ€™s a step up from the Big Easy IGT Challenge Tour. The courses are set up harder and the competition is tougher, but this is where I wanted to be at the start of the tournament. So all I can do is just play my own game and not worry too much about everybody else.â€ – Michael Vlismas