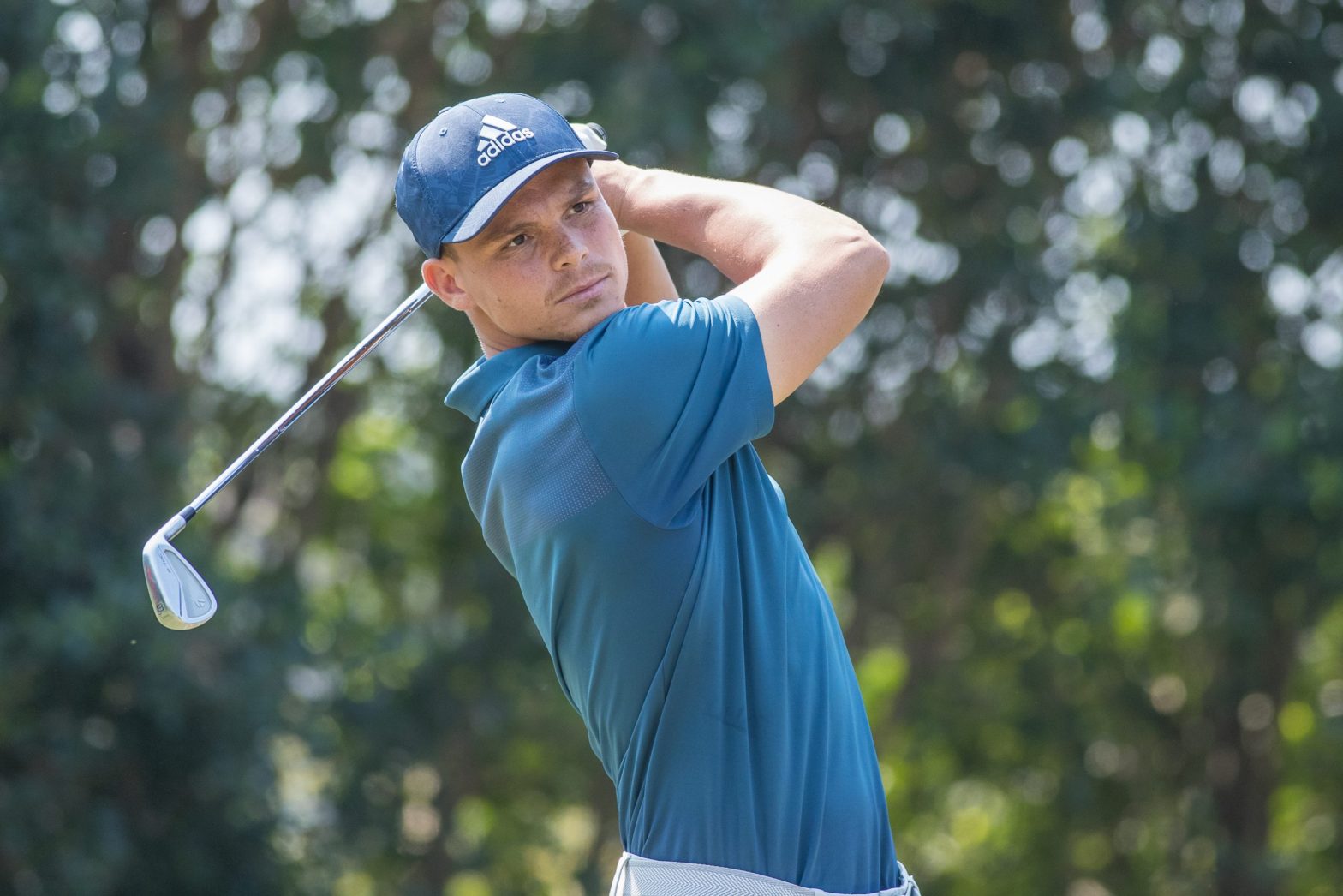 DURBAN, KwaZulu-Natal â€“ Curwin Bosch found the perfect way to soothe the pain of the Sharksâ€™ Carling Currie Cup Final defeat against the Vodacom Bulls when he swapped his kicking boots for golf clubs and played in the official pro-am of this weekâ€™s Vodacom Origins of Golf tournament at Mount Edgecombe Country Club.

In a brief break between the final and then flying off to Europe for the Vodacom United Rugby Championship, Bosch says he thoroughly enjoyed the time he could spend inside the ropes with the Sunshine Tour professionals.

â€œItâ€™s really nice to have some off-time and be able to do what I love doing in my spare time â€“ I play a lot of golf. It was a really nice experience to mingle with the pros and I didnâ€™t play too badly either. Fortunately Mount Edgecombe is my home course and I got one birdie. Overall I really enjoyed it,â€ the six-handicapper said.

Being accustomed to lining up pressure kicks at goal, Bosch should be used to the horrible nerves that can come with having to make clutch putts. But the lanky 24-year-old says putting is not as challenging for him.

â€œI think the mental side comes into it more with my driving and long irons, but putting is actually a bit easier for me. I do hit my drives a long way, but not often as straight as my kicking,â€ said Bosch.

With rugby now becoming an all-year pursuit, Bosch said he was also interested to see how the Sunshine Tour professionals, many of whom have to grind it out week-to-week, approach the game. Work ethic is one thing that stands out for the Springbok.

â€œItâ€™s nice to see how the pros go about it. Thatâ€™s the fantastic part, seeing how they go about things on the course. You see how much thinking is done before every shot and talking to them was a great experience. The hard work, the many hours they put in to hone their game, you have to admire them. I have a better understanding of the things they go through now,â€ Bosch said.

The 54-hole professional tournament tees off on Thursday at Mount Edgecombeâ€™s The Woods course.