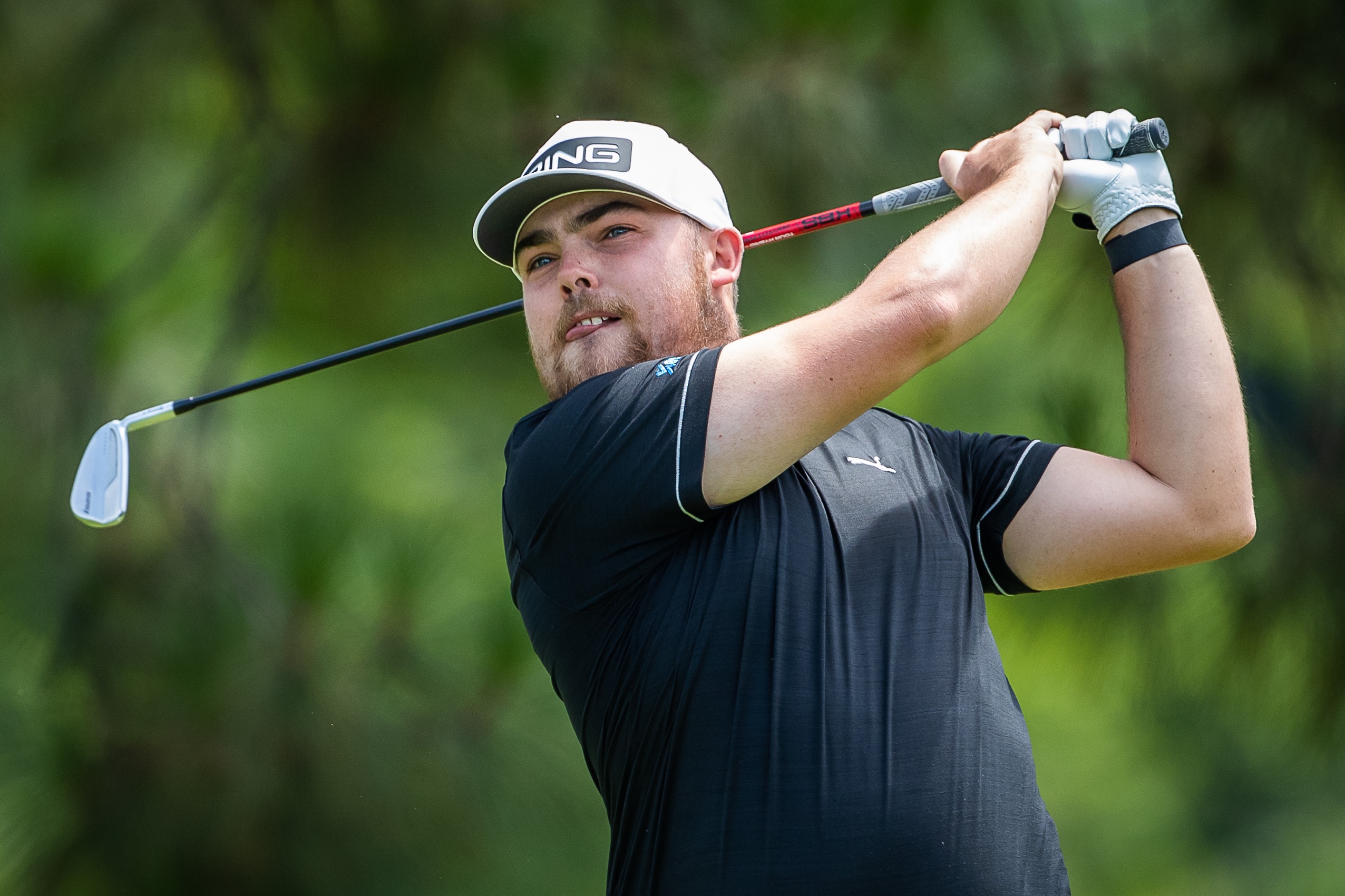 JOHANNESBURG –  Englishman Dan Bradbury kept his grip on the Joburg Open and remained at the top of the leaderboard in the suspended second round on Friday, but with young South African Casey Jarvis and Frenchman Romain Langasque just one shot back as darkness fell at Houghton Golf Club.

Bradbury followed up his 63 with a 66 to hold the clubhouse lead on 13 under par when play was suspended because of lightning at 14:36. They resumed at 17:25 before bad light forced the round to be carried over to Saturday morning.

But not before Jarvis had made a strong charge with seven birdies over the turn to lift him to 12 under overall with four holes of his second round still to complete. Langasque had also climbed to 12 under through 11 holes.

And the South African challenge was strengthened by Christiaan Bezuidenhout, Daniel van Tonder and Jbe Kruger all making it into the clubhouse on 10 under par before the suspension.

But Bradbury has looked extremely solid at the top of the leaderboard for two days now. “I had it going there on the front nine and thought it was going to be another 63 or even a 62, but I made a few mistakes on the back nine,” Bradbury said of a round where he was seven under through 14 holes and then made back-to-back bogeys.

“Overall I’m very happy. With both those bogeys I just missed it in the wrong place. If you do that on these greens you’re going to be in trouble.”

The experienced Bezuidenhout will be a definite threat on 10 under. “I did a solid job in the second round,” Bezuidenhout said after his 64. “I knew I needed to at least get to 10 under par to give myself a chance. I’ve played some pretty nice golf over the last two days. I made a putter change after my first round and it was nice to see some putts going in. Hopefully I can get off to a fast start in the third round. On this golf course you need to keep the ball in play. If you do that you have lots of chances for birdies. That will be my plan for the weekend.”

Van Tonder was also thrilled with his putting after a 63 which didn’t equal the course record because of placing following the storm that also caused a suspension of the first round.

“The greens are nice and quick and I managed to roll a few in. I’ve been playing well the last seven or eight months and haven’t been getting the scores. It’s been frustrating, so I’m glad to finally make putts and put a low score down. I’m being as aggressive as I can be on this golf course. I like these greens and I’ve been reading them well.”

Kruger had his ball striking to thank for him being in contention on a day when his putter wasn’t as hot as those around him.

“I’m 100% pleased with my golf, but not so much with my putting. My ball striking has been very good and I hit it close all day. But it felt like I didn’t make any putts. I’ve missed a whole bunch of putts inside 10 feet over the past two days. So to miss that many and still be 10 under means I must be hitting the ball well.”