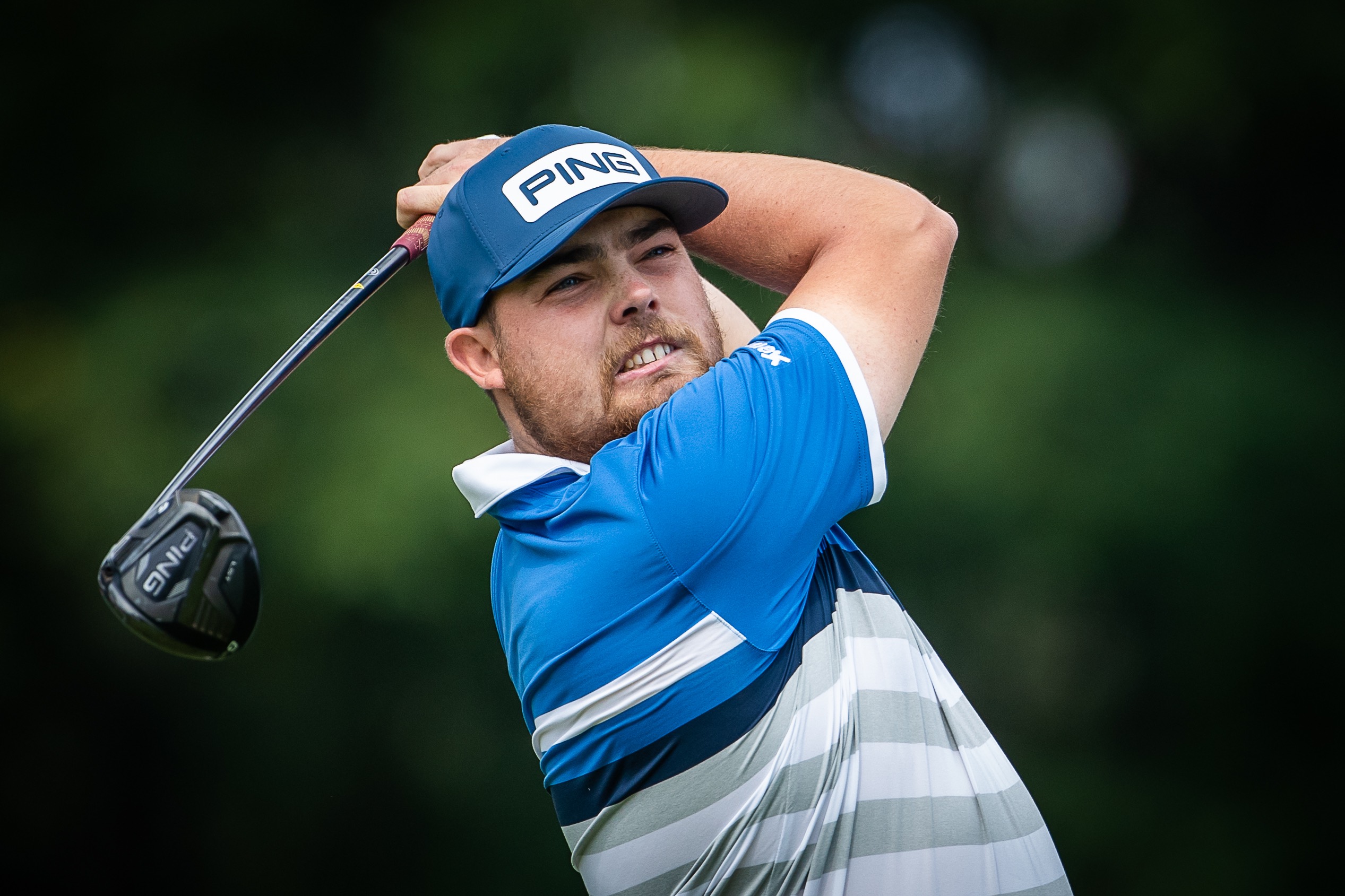 JOHANNESBURG –  England’s Dan Bradbury stayed on course for what could be a life-changing victory for him as he came through Saturday’s third round of the Joburg Open with a one-stroke lead at Houghton Golf Club.

Bradbury withstood a strong charge from 19-year-old South African Casey Jarvis and Finland’s Sami Välimäki and signed for a 67 to retain the lead on 17 under par.

After sharing and briefly holding the lead, Välimäki suffered a double bogey at the last and is Bradbury’s nearest challenger on 16 under par following a 66. Jarvis, who started with two birdies and an eagle, couldn’t maintain his charge and signed for a level-par 71 to drop into a share of fourth on 12 under par with Christiaan Bezuidenhout. South Africa’s Daniel van Tonder is currently third on 14 under par after his 67 on Saturday.

Bradbury was given a sponsor’s invitation into this Sunshine Tour and DP World Tour co-sanctioned event. He currently has no status on any tour anywhere in the world, and his plan after this was to play the mini tours. But a win on Sunday would secure him DP World Tour membership and a place in next year’s Open.

“I’m having a lot of fun. I’m really happy with my situation at the moment. It’s nice when you’re hitting good golf shots and enjoying it, and you’ve got nice people around you. Everything’s just good at the moment,” he said at the end of a day where he had to keep his composure as those around him made early charges.

“When Casey was four under through three I thought here we go because I know he’s a great player and can go low. So can Sami. I just knew if I played my own game and just kept playing solid golf I’d be somewhere near where I needed to be a the end of the day, and it worked out like that,” he said.

“I’ve never really been here before but I’ve won college golf tournaments. I don’t feel out of place, which is the biggest thing. It’s just about keeping a positive mindset and believing you deserve to be here.”

Välimäki went straight from his double-bogey finish to the range to reset for a final round that also holds plenty of opportunity for him.

“I left too many shots out there, but I suppose it’s still a good position to be in going into the final day. It’s hard to be happy when you finish the round hitting terrible shots, but I’m still in the game. I made a lot of birdies and had pretty good chances. I just need to be better off the tee,” he said.