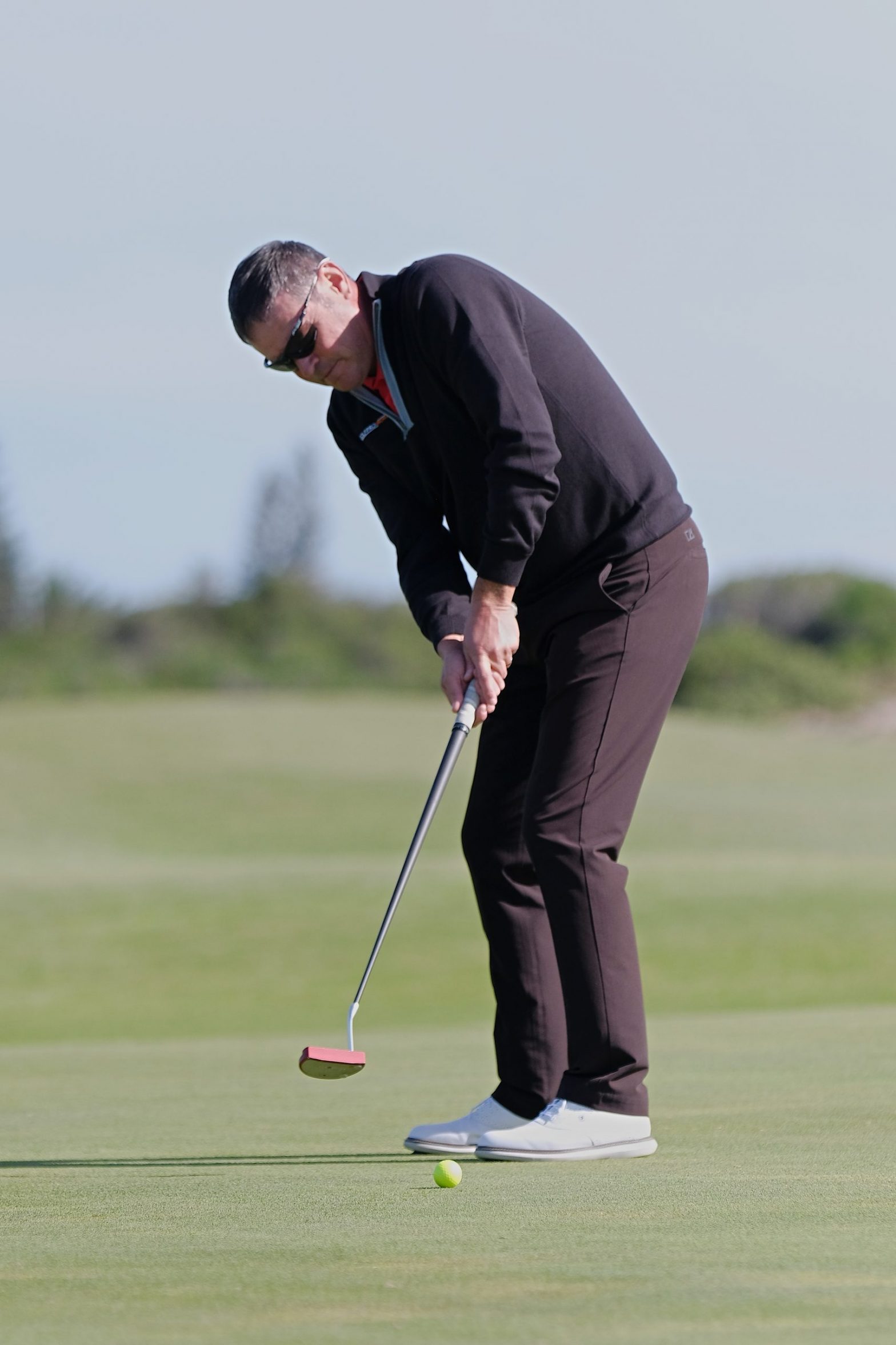 Former European Tour professional Neil Cheetham battled a typically strong Humewood wind to shoot one of only four sub-par rounds on day two of the Sunshine Senior Tourâ€™s Nelson Mandela Bay Classic on Wednesday, giving him a share of the lead with Centurion golfer Gerhard Scheepers.

Cheetham signed for a 71 while Scheepers produced the low round of the day with a 69 to see them tied for the lead on one-under-par 143 through 36 holes of this 54-hole tournament.

They are one stroke clear of the vastly experienced trio of Chris Williams, AndrÃ© Cruse and James Kingston. Kingston was the overnight leader but struggled to a 75 on Wednesday, while Williams posted a 73 and Cruse a 74.

The only other two players in the field who managed to break par on Wednesday were Mark McNulty and Doug McGuigan who both posted rounds of 71 to finish the day tied seventh on two over par.

â€œIt was blowing four or five clubs at times. I can honestly say it was some of the most difficult conditions I can ever remember playing in. It was pure survival out there,â€ said Cheetham, who grew up playing links golf in England.

â€œYour ball flight and the shape of your shots was of vital importance. I think the most difficult thing was committing to certain shots, like instead of hitting an eight iron youâ€™re now hitting a five iron the same distance when the wind is blowing like that.â€

But Cheetham said he enjoyed the challenge posed by the typical links conditions.

â€œIt brings out the shot-making in you, and stimulates your imagination with shots. It takes me back to my European Tour days and having to see shots and commit to shots.â€

Scheepers, who plays most of his golf on the highveld, did exceptionally well with his 69 in conditions that are quite foreign to him.Â

â€œThe wind blew from the moment we teed off until the end of the round. I just decided that I wasnâ€™t going to fight the wind all day and would just try and keep my ball in play,â€ he said.

And his short game carried him to the top of the leaderboard.

â€œMy putting saved me today. There were a couple of times where I made some big putts for par. Iâ€™m just going to try and do the same in the final round. I donâ€™t want to think too much about it actually, especially not when I look at the experience of the professionals Iâ€™m playing with.â€

Experience will certainly be the key in Thursdayâ€™s final round.

â€œYou know, the conditions could be different again,â€ said Cheetham. â€œBut thatâ€™s where the experience comes in. You need to keep an open mind and see what tomorrow brings.â€ – Michael Vlismas