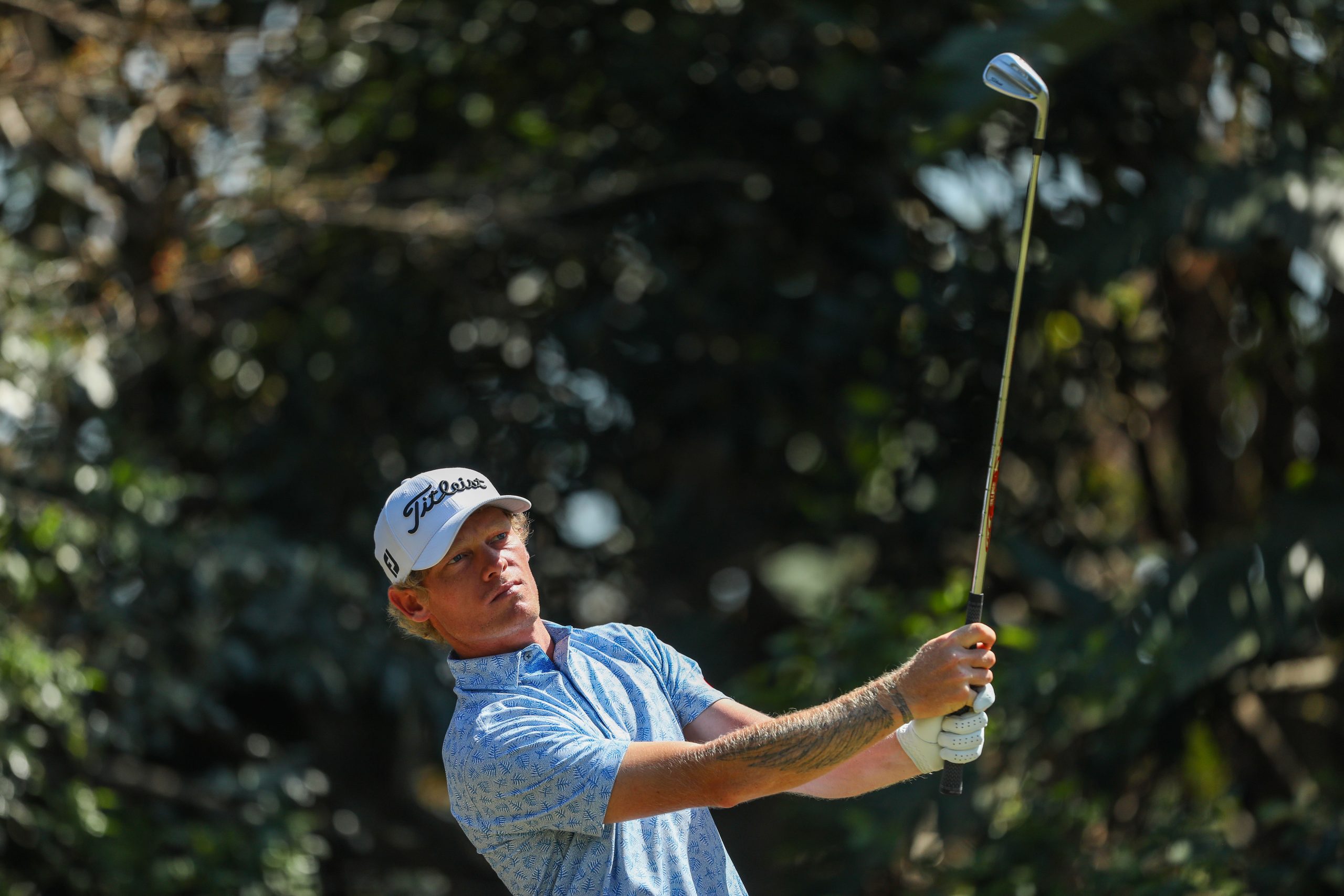 PORT EDWARD, KwaZulu-Natal – A change of coach for MJ Viljoen obviously brought dividends on Thursday as the 27-year-old surged to the top of the leaderboard in the SunBet Challenge hosted by Wild Coast Sun, shooting a six-under-par 64 to go into the final round with a one-stroke lead at the Wild Coast Country Club.

Viljoen started his second round on the 10th hole and blazed his way to the turn in just 29 strokes, collecting six birdies, including three in a row from the 16th. Although the strengthening of the wind meant his score of six-under stayed where it was on his inward nine due to one bogey, on the par-three sixth, being cancelled out by a birdie on the par-five seventh, the Serengeti Golf Estate representative had still done enough to hold off the challenge of Keenan Davidse.

Viljoen is on 11-under-par for the tournament, while Davidse had a more up-and-down day, with five birdies, three bogies and an eagle on the par-five 16th, leaving with him an excellent 66 that lifted him to 10-under overall.

“I was solid all day and I didn’t make mistakes. But I enjoyed my front nine a lot today, I was just hitting the ball so nicely and I felt in such control of things,” Viljoen said.

“And then I got a bit excited and the wind got up on my back nine and put me on the back foot a bit.

“But I’ve been struggling for a couple of years now and I just had to make a change last week because I was putting myself under so much pressure. So I worked with a different coach in Dougie Wood, just for a different perspective.

“The change obviously paid off today so I will stick with it. How I felt on the golf course was more favourable,” Viljoen said.

Viljoen, who won his only Sunshine Tour title at the Sun Fish River Challenge in 2017, said his approach in Friday’s final round will be to try and replicate his outstanding form on holes 10 to 18 on Thursday.

“I was just focused on not making any mistakes, I hit the ball good and my putting and chipping were good too. So I will go out in the final round and try do what I did on the first two days.

“The big thing is I’m not worried about the outcome because I know I’ve improved, I’ve got something out of the last couple of weeks, and that’s more than enough for me. That gives me a head start, I reckon,” Viljoen said.

Apart from Davidse, Martin Vorster and Jaco Ahlers are also chasing hard on nine-under-par after they both shot 65s on Thursday, and Madalitso Muthiya (68), Heinrich Bruiners (67), Casey Jarvis (66) and Christiaan Burke (65) are just three strokes back on eight-under.

Overnight leader Jacques Blaauw had a tough time on Thursday and just could not get going, 16 pars and two bogies leaving him with a 72 that saw him slip down to six-under-par and a tie for 13th.