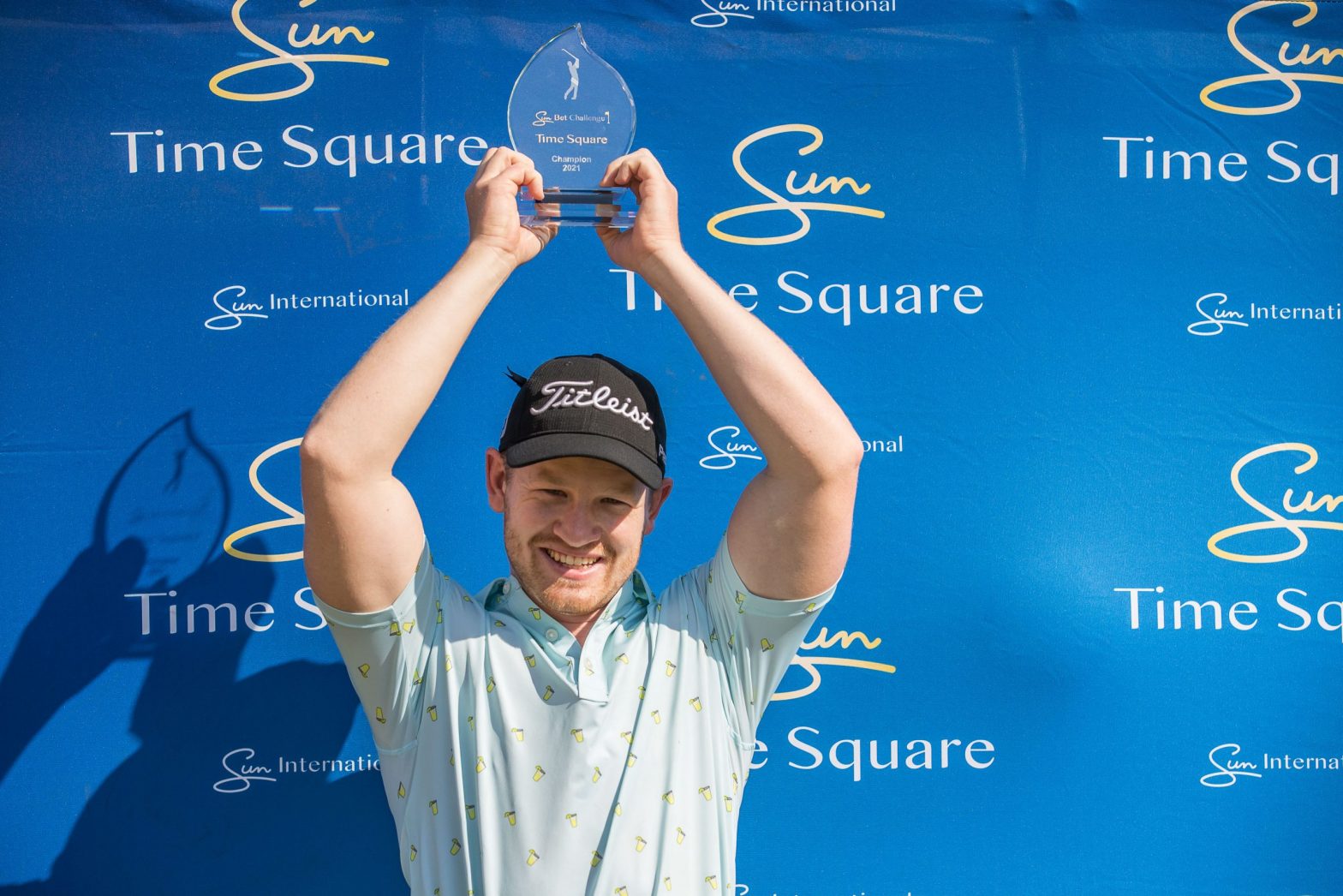 Estiaan Conradie claimed his maiden Sunshine Tour title when he won the SunBet Challenge hosted by Time Square Casino at Wingate Park Country Club on Friday, and his dad was there to receive a pin flag from the 18th green that his son signed and handed to him.

Conradie closed with a 70 to finish on 10 under par 206, three strokes clear of second-placed Malcolm Mitchell who signed for a final round of 72. Louis Albertse took third place on six under par with a closing 69.

The victory was a sweet one for Conradie as it came on his home course, in front of family and friends, and after a lengthy recovery process from hip surgery which kept him out of the game for four months in 2020.

â€œIâ€™m very happy that I could get it done this week. It means a lot to me, especially winning at home,â€ he said.

â€œItâ€™s a massive relief for me to win. It feels like itâ€™s been so long that I havenâ€™t got it done, and to finally get over the line feels massive. Itâ€™s such a boost for my confidence.â€

Most importantly, Conradie is now tied on 1-1 with his brother and fellow Sunshine Tour professional Ruan, who won on Tour before him in 2019.

â€œI can finally tell him heâ€™s got nothing on me anymore. But I suppose the race is now on to see who gets the second win first,â€ he said.

Conradie went into the final round with a one-stroke lead and was determined to take an aggressive approach on a course he knows so well.

â€œThe gameplan was always to be aggressive. I made an eagle on the second hole which was great. And then I made bogey on the third hole when my ball got stuck in a tree and I had to take an unplayable. From there up to about the 11th hole it was just a mixed bag actually of playing good shots and getting a bad reward and vice versa. But then I made birdie on 12 and that settled me down. I finished nice and strong with four birdies and just one bogey in my last five holes,â€ he said.

The Sunshine Tour travels to Sishen Golf Club next week for the second tournament on the Vodacom Origins of Golf series. – Michael Vlismas