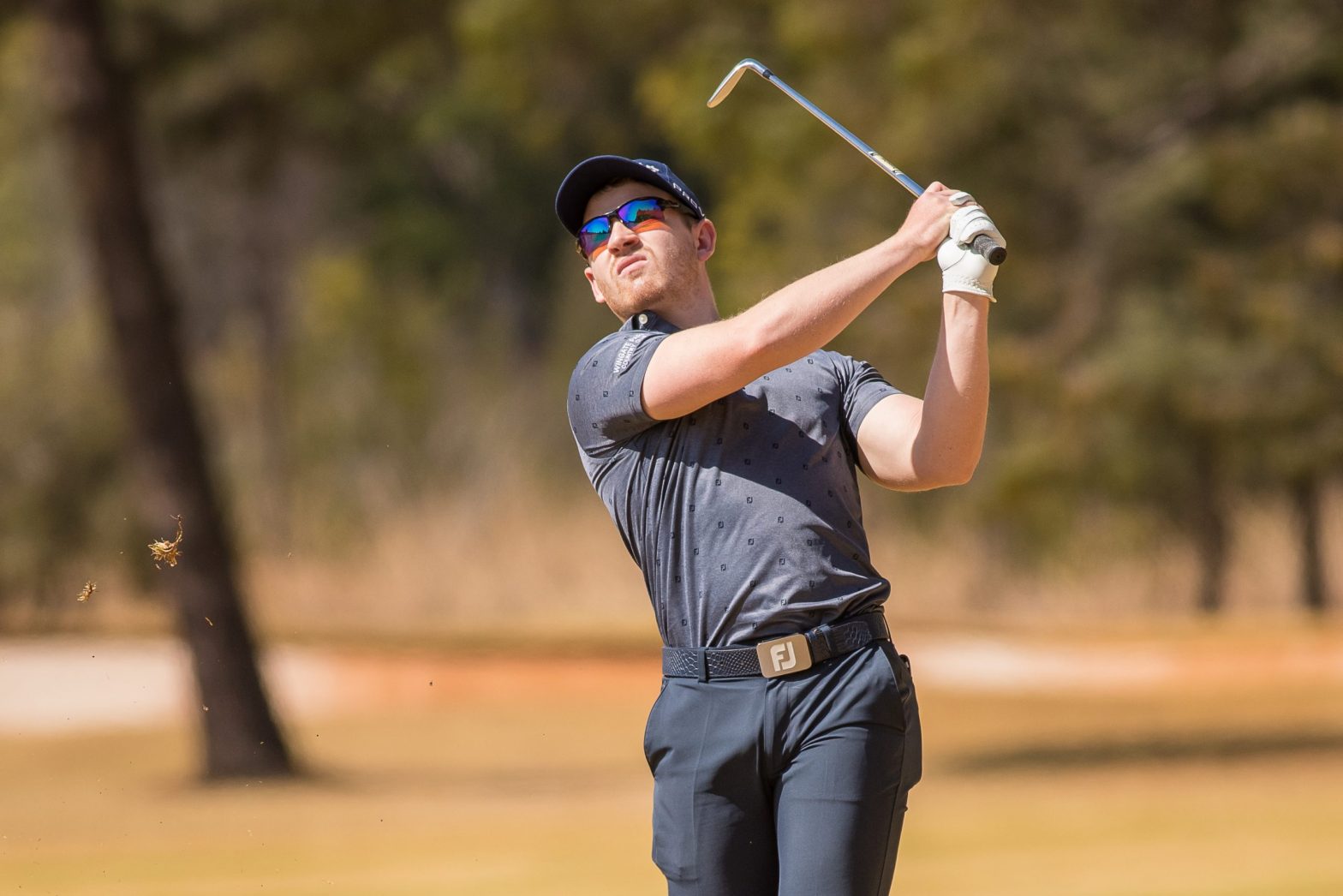 The long journey back from hip surgery finally showed signs of being over for Estiaan Conradie as he moved to the top of the leaderboard with one round to go in the SunBet Challenge hosted by Time Square Casino at the Wingate Park Country Club.

Local favourite Conradie, playing his home course, added a 65 to his opening 71 to climb to eight under par overall and one stroke clear of Malcolm Mitchell going into Fridayâ€™s final round. Jaco Ahlers is well placed on six under par.

The view from the top of the leaderboard is certainly a pleasing one for Conradie, who spent a large part of 2020 recovering from hip surgery.

â€œI was out for about four months. It was a long and often frustrating process to get back, and I feel like now Iâ€™m making good progress again. It definitely feels like itâ€™s moving in the right direction. Itâ€™s been a long process but I feel like Iâ€™m on the other side of that now,â€ said Conradie.

The hip operation was a success, but the timing was frustrating for Conradie as he was playing some good golf when he had to make the decision to have the surgery.

â€œI was feeling so good about my game, and then I had to stop. But Iâ€™m happy I went through it because itâ€™s definitely made me stronger.â€

Conradie has the confidence of playing his home course this week and says heâ€™ll use that local knowledge in the final round.

â€œIâ€™ve played a couple of smaller tournaments on this course and I know how to play a final round here. I just need to be patient and wait for my opportunities to come. The benefit is that I know on which holes I can be aggressive. Iâ€™m hitting my driver really well at the moment so it helps to know when is the right time to be aggressive off the tee.â€

And his brother and fellow Sunshine Tour professional Ruan has provided Conradie with the perfect motivation to claim a victory.

â€œRuan won a tournament in 2019, and when I was playing so well before the hip operation I thought that was my time. But now Iâ€™ve got another chance.â€ – Michael Vlismas